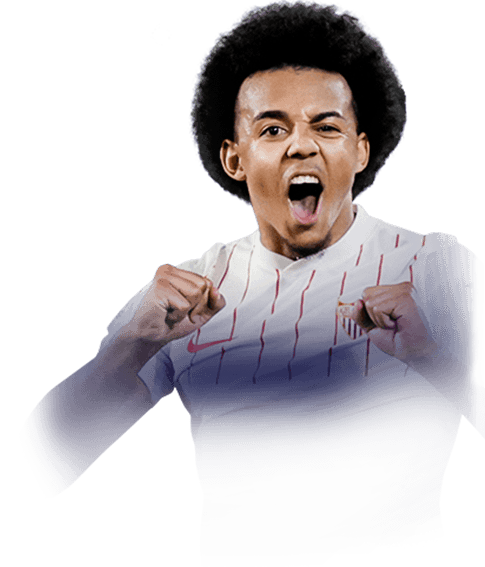 0
Red
Upcoming Matches
P. Chemistry
Squad chemistry
ST
70
RW
74
LW
74
CF
74
RF
74
LF
74
CAM
76
CM
80
RM
76
LM
76
CDM
87
CB
88
LB
85
LWB
83
RB
85
RWB
83
Reset
Basic
Sniper
Finisher
Deadeye
Marksman
Hawk
Artist
Architect
Powerhouse
Maestro
Engine
Sentinel
Guardian
Gladiator
Backbone
Anchor
Hunter
Catalyst
Shadow
Comments
Reviews
0
/600
Click here to verify your account in order to comment Update my avatar Dos and don'ts
Top Rated
New
Controversial
Show comments
Top Reviews
Only logged in users can submit a review
A review must be written in English
At least 200 characters are required.
Compare this player to other similar players you have used(optional).
If you import your club to FUTBIN or send us an image with the player data(fill the form below) your review will be marked as verified.
Include what you liked about the player in the pros area and what you disliked about the player in the cons area.
Your review will be manually checked during the next 24 hours.
Chem Style Used
Formations
Position
Rate Player Base Stats (1-10)
Pace
5
Shooting
5
Passing
5
Dribbling
5
Defending
5
Physicality
5
Most Used In:
Submit Review

You read the title. There's not really much to say about him. This guy is by far the best CB I've used this year (and I thought no one would be better than Kimpembe).

First of all, his defending. If he gets close to the opponent player, there's no other way around: the ball is his. He can easily intercept balls and even skilled players trying to trick you with glitched skill moves can't get past him. He's also always very composed and his reactions are out of this world.

I'd also like to talk about his dribbling. When you're playing against top tier players, sometimes you'll struggle with the press and eventually not find unmarked players to pass the ball. In that case, he does a very good job on getting out of the press by himself with his agility and ball control. That's a gamechanger!

Defending - The stats speak for themselves really. 99 interceptions, standing and sliding tackle. This guy is ridiculous. 10/10

Dribbling - Gamechanging attribute, as I said before. Also his reactions make it very easy to switch sides and avoid getting screwed by the striker turning left and right (I hope you know what I mean). 10/10

Pace - You just don't have to worry about it. He can catch up strikers very easily.

Passing - With his 88 short passing, you can easily start the build-up play and not worry about missing a pass. 9/10 (for a CB)

Physicality - Honestly it didn't let me down at all. Amazing jumping, perfect for crosses and corners. Also he didn't lose any standing tackle, doesn't matter how strong the striker is. 9/10

Value for coins - I legit think he's the best CB in the game aside from TOTY Marquinhos. 300k is VERY cheap for him.

I would say the only let down is the stamina. I play on balanced instructions and he still gets to a yellow bar by the end of the 90 minutes. Which isn't that bad... unless you go to extra time.

I just wandered on new toty cards and tried to find some replacement for Rio 88. He's a bit slow and clunky for this phase of the game.

So, as I have seen Koundé's stats, I compared to other players and I find out he's almost same as Prime Maldini.

In-game his stats really show what he can do. I think he's the best CB I've ever used. Simply amazing.

His pace is more then enough, easily outpaced Mbappe, not just faster, much faster. I think 96 pace have to be enough in all time of the game, if not you can't defend.

The defending stats are on top and here comes the MAGIC.

The 95 def awareness plus high defensive workrate with 98 reaction and 94 composure and 99 standing tackle means a deadly combo which generally defines THE CB in this game.

It makes him an autobot tackle machine. It means he's always at the best position with the highest effort, moreover the 98 reaction and 99 standing tackle gives that someone says, auto tackling as he is just an AI controlled player.

If the ball comes that close to the player it makes the tackle without a question.

Happened that the attacker got the ball from the midfielder and in 0.001 sec Kounde got the ball and made tackle and me or my opponent even recognised that 'oh there is the ball what should i do with it'.

Even if you try to use him manually he's got the agility to dance with neymar and co.

So I definetely recommend him to buy.