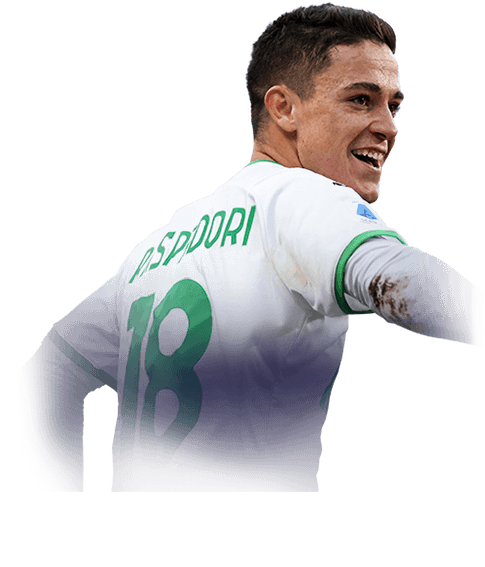 -
Sub out
Upcoming Matches
P. Chemistry
Squad chemistry
ST
86
RW
84
LW
84
CF
86
RF
86
LF
86
CAM
86
CM
77
RM
82
LM
82
CDM
58
CB
50
LB
56
LWB
59
RB
56
RWB
59
Reset
Basic
Sniper
Finisher
Deadeye
Marksman
Hawk
Artist
Architect
Powerhouse
Maestro
Engine
Sentinel
Guardian
Gladiator
Backbone
Anchor
Hunter
Catalyst
Shadow
Comments
Reviews
0
/600
Click here to verify your account in order to comment Update my avatar Dos and don'ts
Top Rated
New
Controversial
Show comments
Top Reviews
Only logged in users can submit a review
A review must be written in English
At least 200 characters are required.
Compare this player to other similar players you have used(optional).
If you import your club to FUTBIN or send us an image with the player data(fill the form below) your review will be marked as verified.
Include what you liked about the player in the pros area and what you disliked about the player in the cons area.
Your review will be manually checked during the next 24 hours.
Chem Style Used
Formations
Position
Rate Player Base Stats (1-10)
Pace
5
Shooting
5
Passing
5
Dribbling
5
Defending
5
Physicality
5
Most Used In:
Submit Review

I have never written a review before and don't plan to again. I decided to do his sbc because of his 5 star weak foot and that alone. When I did it I was stuck on rank 1 of Div 1 and was looking for a ST that could help me out more. I've always enjoyed trying out new cards so I figured why not him. I currently play him as a lone ST in the 433 formation next to Insigne and Garrincha. I didn't really expect anything out of him but started some games and hoped for the bested GOD DAMN was I surprised. at first I thought he had a big problem with his composure when the goal would come rushing out of goal but I started to get used to how he plays and found a quick solution to that. He's always in the right play and his high low work rates have him constantly making runs. He took me to the elite division and I couldn't have been happier since the season rewards are almost here. Granted, I have played three games and have lost 7-1, 4-1, and won 3-2. He scored every goal in those games. This card has exceeded my expectations and more, but I wouldn't recommend starting him unless you're looking to have a bit of fun or are in need of a new ST. For most players he will be an amazing sub for 18K.

Don't look at his rating. Don't look at his stats. This dude is cracked. There is really nothing else to say. EA truly gave this guy the FB Benzema treatment where the card plays way better than his stats would suggest. I don't know what they've done to him but he is SO GOOD in game.

There's something weird about his shooting. The shots just glide. Left foot. Right foot. Doesn't matter. The shots will simply just glide in to the back of the net. They're not particularily hard or powerful but they're often very well placed. And if they're not the shots will trigger some weird animation from the goalkeeper so they'll go in the goal anyway. It's ridiculous.

He feels fairly smooth on the ball and with his acceleration he is able to twist and turn his way past defenders with ease. He also has the sticky in some situations where the ball just glitches to his feet even though your opponent got in a great tackle.

For 17k? An absolute steal.

One of, if not, the most clinical finisher I've used this year. He makes goalkeepers do dumb shit.

Can score headers as well if left unmarked.

Composure when GK rushes out of goal.

Stamina can be an issue for some.