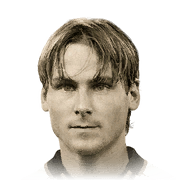 -
Sub out
Upcoming Matches
P. Chemistry
Squad chemistry
ST
85
RW
87
LW
87
CF
87
RF
87
LF
87
CAM
87
CM
84
RM
88
LM
88
CDM
72
CB
63
LB
70
LWB
73
RB
70
RWB
73
Reset
Basic
Sniper
Finisher
Deadeye
Marksman
Hawk
Artist
Architect
Powerhouse
Maestro
Engine
Sentinel
Guardian
Gladiator
Backbone
Anchor
Hunter
Catalyst
Shadow
Comments
Reviews
0
/600
Click here to verify your account in order to comment Update my avatar Dos and don'ts
Top Rated
New
Controversial
Show comments
Top Reviews
Only logged in users can submit a review
A review must be written in English
At least 200 characters are required.
Compare this player to other similar players you have used(optional).
If you import your club to FUTBIN or send us an image with the player data(fill the form below) your review will be marked as verified.
Include what you liked about the player in the pros area and what you disliked about the player in the cons area.
Your review will be manually checked during the next 24 hours.
Chem Style Used
Formations
Position
Rate Player Base Stats (1-10)
Pace
5
Shooting
5
Passing
5
Dribbling
5
Defending
5
Physicality
5
Most Used In:
Submit Review

I was looking for a LW that could play as a CF/ST in my squad. I play 352 with Messi CAM, Mid Rivaldo RS and Mid Nedved at LS. I was around 100k short of Ginola and didnt feel like waiting a couple weeks to amass the coinage so I thought I'd just cop ole Ned for the time being. Oh man was I pleasantly surprised. Let me start by saying he is certainly not your typical toxic pace merchant striker. I would say hes kind of like a messi-ish character in terms of shooting combined with the size and passing of De Bruyne and very strong physical stats. This guy can shoot with the best of them. Probably 9/10 finesses from the edge of the box are headed towards the top 90. His 5* weak foot is something to right home about, I never think twice about shooting with this man you can just let em rip and theyll be on target. Most players in this game have a seizure at the sight of a popped out 50/50 ball in and around the box but this lad is different. It seems like he's always the first one to stick out a leg and reel in the ball for you. When he dribbles the ball is on a string. He's strong enough to hold off most defenders unless they're overly physical or their name starts with Presnel and ends with Kimpembe. Honestly, there's just something about this card that makes him feel like he's making a difference, and for 300k you cant go wrong. I would say his stats and build make him most comparable to Ginola, but after having Ginola in a draft or two I can say the only really noticeable difference is a bit of physical in favor of the frenchman. Otherwise our man Pavel is right up there with him. Highly recommend this card for anyone looking for a LW that can play literally anywhere.

Coming from the Czech Republic, my fellow countryman and childhood hero Pavel Nedvěd is always my primary target when it comes down to player icons in FUT. Every new iteration of FIFA I rush and grind the game to be able to afford his card as soon as possible. This year was no exception and I must say FIFA 22 gameplay fits his playstyle perfectly. It focuses more on the fundamentals of football and Nedvěd with his attacking versatility will make you fall in love again with this simple, yet beautiful game.

Nedvěd's mid icon card is based on his time spent at Lazio and having watched all his goals for that club multiple times I tried to reproduce that excellence to the best of my ability. If I succeeded or not please judge for yourself  from the attached highlights.

I used Nedvěd in the 4-2-2-2 as a left striker (bearing in mind his crucial 5-star weak foot) with the "false 9" instruction since I believed he would provide the perfect link between the midfield and attack given his passing mastery. And did he deliver just what I expected him to. He dominated the area in and around the 18-yard box providing pinpoint accurate passes and even scoring bangers with either his left or right foot, holding onto the ball with his decent strength or fighting to win it back utilising his aggression in re-pressing the opponent. He really was the busy bee of my team, relentless in finding the right space and providing me with the passing option constantly with his 91 stamina. Dashing along the sidelines or through the centre, with hunter chem style he will give FBs and CBs a good run for their money.

Already looking forward to his prime and moment versions, this guy was the one I could rely on while climbing the Division Rivals ranks. So big win for you if you have just recently packed him from you icon pack or, if you are planning to purchase him from the market, I encourage you to do so, hoping you will enjoy this card as much as I did. Just stick to the basics, do not overcomplicate things with sharp twists and turns while on the ball, focus more on the positional play and build-up and you are guaranteed to reap the rewards.

Thanks so much for reading.