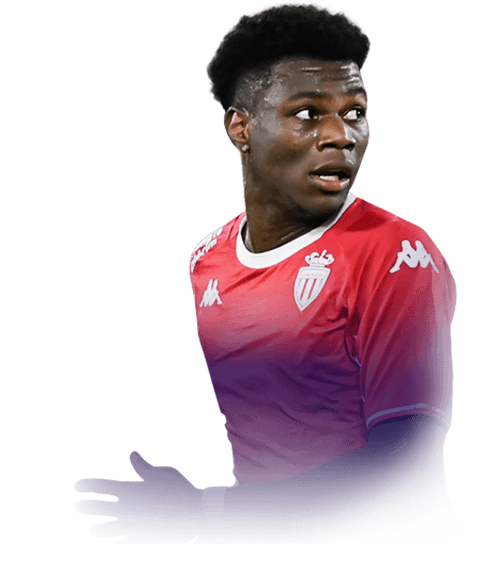 0
Red
Upcoming Matches
P. Chemistry
Squad chemistry
ST
87
RW
87
LW
87
CF
88
RF
88
LF
88
CAM
89
CM
90
RM
88
LM
88
CDM
90
CB
88
LB
87
LWB
88
RB
87
RWB
88
Reset
Basic
Sniper
Finisher
Deadeye
Marksman
Hawk
Artist
Architect
Powerhouse
Maestro
Engine
Sentinel
Guardian
Gladiator
Backbone
Anchor
Hunter
Catalyst
Shadow
Comments
Reviews
0
/600
Click here to verify your account in order to comment Update my avatar Dos and don'ts
Top Rated
New
Controversial
Show comments
Top Reviews
Only logged in users can submit a review
A review must be written in English
At least 200 characters are required.
Compare this player to other similar players you have used(optional).
If you import your club to FUTBIN or send us an image with the player data(fill the form below) your review will be marked as verified.
Include what you liked about the player in the pros area and what you disliked about the player in the cons area.
Your review will be manually checked during the next 24 hours.
Chem Style Used
Formations
Position
Rate Player Base Stats (1-10)
Pace
5
Shooting
5
Passing
5
Dribbling
5
Defending
5
Physicality
5
Most Used In:
Submit Review

Packed him today from grinding some leagues, more of a reason for everybody to do leagues this year. I used his 82 early on in the game and loved him, this card is no different. Partnered him with toty Kante in a 4231 as the two cdms, and it works so well. They are both amazing all round and Kante's insane defending allows Tchouameni to get forward a lot. The increase on skills to 4 star is a big improvement and the way he is built in game. He is really tall and stocky but doesn't feel clunky on the ball at all. The pace, dribbling and passing are all insane. The physical is out of this world, and the defending is insane, intercepts everything. Shooting is very good as well, if he gets in the right position you can trust him to score for you. You can play him in lots of positions, cdm, box to box or even cb he would be amazing in all of them. However the price on this card is very high, for 1.1mill or around that there are cards like toty jorginho available who will probably outperform him in game

So I packed this beast in my party bag 2 and as you could guess it was absolute scenes, I couldn't wait to use him so i used him in all of my champs games and for the first time i got rank 3. Now there are some cards in fut where you would just expect to be good, maybe because of the price or maybe the picture he portrays in the fut community, but this guy, I'm telling you that he is just different, The entire session of champs i was just giving away counter attacks to totw mbappe and out of nowhere this legend save the day with his 99 slide tackles (with a shadow). Here and there he made some nice dribbles as well considering he has 4* skills he is also a good cdm to get out of situations compared to the headliners fofana that i had paired next to him. As my rcdm in 4-2-2-2, this man was unstoppable. Crazy crazy stuff.

Future Stars Tchouameni is a card of (Tchoua)MENI talents... (whatever boo me I don't care)

The stats do not lie about him, he is an absolute force on the pitch. I’ve played him in a full Weekend League (Play-Offs + Finals) and some Rivals games and its clear he has been the most important player on the pitch during those games. I’ve played about half the roughly-42 games with him as a LCM in a 4-1-2-1-2(2) before putting him in as the LCDM in a 4-2-3-1, which I felt is his best position. He is fast, strong, and can do everything you need a midfielder to do.

Using him as a Box-to-Box CM allowed to him to really show off his pace and dribbling skills helping transition the team from defense to offense. His size and defending ability meant he could track back on defense and consistently win tackles. And I mean consistently - he really wins all his tackles, it’s amazing. I found his passing to be excellent, pinging the ball from side to side or make a slashing through ball to open up the opponent. However, this role exposed his one weakness: shooting. As a LCM, I got him in a number shooting opportunities but sadly he converted just 3 times. The 3 star weak foot lets him down in the box and he has less than stellar finishing. Understandably, scoring goals is not why he is in this squad and why you will buy him, but not being great finisher in the box could be something that turns people off for him.

Putting him in a CDM role in a 4-2-3-1 is where he truly shone as a (future) star. Actually, he feels more like an icon in-game, like Viera or Gullit. There’s just something about him that he just can’t do anything wrong. You can run him all over the pitch, cover the wing, press, win tackles in the box, block shots, etc. His work rates really help him get into all the right positions and combined with his size, strength (93), and aggression (90) he becomes an unstoppable force that just bulldozes the opponents attackers. Mbappe? Rocked. Neymar? Crushed. CR7? Siiuuu-it down. Combine all that with his dribbling and pace, and he’s the type of player that you can win the ball then drive up the pitch to start the counter before making a pass to your attackers. Plus, 96 stamina meant I could put him in Balanced instructions so he could join the attack as another passing option and press high up the pitch when needed. He plays the full 90 mins without issue.

For me, he’s a CDM that can start the offense. A defensive spark plug. He is going to be a mainstay in my squad for the rest of this game. The 1.2 million price tag on him is quite hefty, but here's the thing, he's offering Icon-like performance without the price tag. Baby Vieira is sitting around 955k on PS right now and Mid Gullit is 3 million. The price is justified. If you can afford him, he's gonna be starting for you till the end of this Fifa, just like he will be for me.