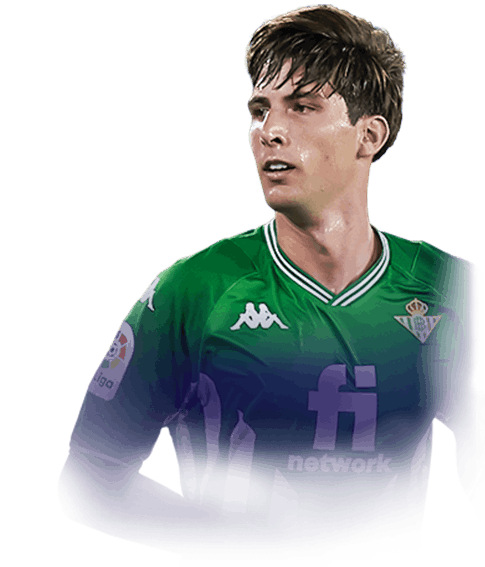 0
Red
Upcoming Matches
P. Chemistry
Squad chemistry
ST
78
RW
82
LW
82
CF
81
RF
81
LF
81
CAM
81
CM
82
RM
83
LM
83
CDM
83
CB
83
LB
86
LWB
86
RB
86
RWB
86
Reset
Basic
Sniper
Finisher
Deadeye
Marksman
Hawk
Artist
Architect
Powerhouse
Maestro
Engine
Sentinel
Guardian
Gladiator
Backbone
Anchor
Hunter
Catalyst
Shadow
Comments
Reviews
0
/600
Click here to verify your account in order to comment Update my avatar Dos and don'ts
Top Rated
New
Controversial
Show comments
Top Reviews
Only logged in users can submit a review
A review must be written in English
At least 200 characters are required.
Compare this player to other similar players you have used(optional).
If you import your club to FUTBIN or send us an image with the player data(fill the form below) your review will be marked as verified.
Include what you liked about the player in the pros area and what you disliked about the player in the cons area.
Your review will be manually checked during the next 24 hours.
Chem Style Used
Formations
Position
Rate Player Base Stats (1-10)
Pace
5
Shooting
5
Passing
5
Dribbling
5
Defending
5
Physicality
5
Most Used In:
Submit Review

I played more than 100 games with Moreno. So i compere him to Miranda as links are exactly the same. If you got Moreno not change, but if your side lack offensive lb he could be great to make difference.

Offensive lb that could pass and get between opponent defense

Not that slow with shadow

Phisical can be nicely combine with enough speed.

Nit as agile as Moreno

Not as fast as Moreno

I really liked this card but he was out of position sooooooo often it really annoyed me, really poor attacking full back (2* 3*) with 67 shot and high attacking work rate is not it. Rock in defense though and was great at making any tackles. He could pass properly unlike most of my other players (probably to do with the game play not shitting the bed). With fairly low agility and balance and composure it felt like he was decent on the ball and could dribble by someone (without skill moves ofcourse). With an anchor he is near perfect physicals for a card that is 17k coins. Games played were in Weekend League Qualifiers + 5 in Rivals Division 2.