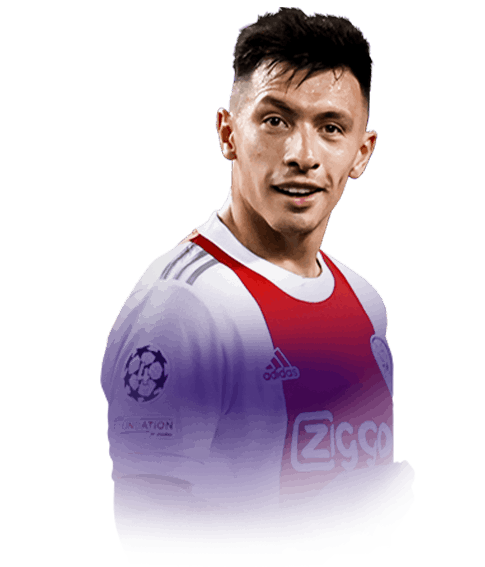 0
Sub out
Upcoming Matches
P. Chemistry
Squad chemistry
ST
73
RW
77
LW
77
CF
76
RF
76
LF
76
CAM
78
CM
82
RM
80
LM
80
CDM
87
CB
87
LB
85
LWB
85
RB
85
RWB
85
Reset
Basic
Sniper
Finisher
Deadeye
Marksman
Hawk
Artist
Architect
Powerhouse
Maestro
Engine
Sentinel
Guardian
Gladiator
Backbone
Anchor
Hunter
Catalyst
Shadow
Lisandro Martínez Objectives
Head Above
Score a Header in 2 separate Squad Battles matches on min. Semi-Pro difficulty (or Rivals)
Assists Galore
Assist 5 goals with Eredivisie players in Squad Battles on min. Professional difficulty (or Rivals)
Double Duties
Assist with a Defender in 4 separate Squad Battles Wins on min. Professional difficulty (or Rivals)
Argentine Class
Score in 10 separate matches in Squad Battles on min. Professional difficulty (or Rivals) with min. 4 Argentinian player in your Starting Squad
Comments
Reviews
0
/600
Click here to verify your account in order to comment Update my avatar Dos and don'ts
Top Rated
New
Controversial
Show comments
Top Reviews
Only logged in users can submit a review
A review must be written in English
At least 200 characters are required.
Compare this player to other similar players you have used(optional).
If you import your club to FUTBIN or send us an image with the player data(fill the form below) your review will be marked as verified.
Include what you liked about the player in the pros area and what you disliked about the player in the cons area.
Your review will be manually checked during the next 24 hours.
Chem Style Used
Formations
Position
Rate Player Base Stats (1-10)
Pace
5
Shooting
5
Passing
5
Dribbling
5
Defending
5
Physicality
5
Most Used In:
Submit Review

To be honest, I was just gonna complete the objective for the fodder, but i put this card into my team on 8 chem cause he got a strong link to Mid Maradona. I had low expectations seeing as he wasn't on full chem and is a free card, but this card is a lot better than I originally thought. He's not a complete auto defender like Kimpembe and Marquinhos, he isn't the fastest center back like Varane, and he isn't even a complete brick wall like Maldini and Ruben Diaz, but this card is like a mic of all the players named in one card. His pace is manageable, which is coming from an elite player and consistent Rank 4 Champs plater. While playing insane cards like TOTY Messi, Mbappe, Neymar, R9's, etc, this card is holding his ground as a great reliable player in defense. Seeing as I'm playing him on off chem, I can only imagine how he is on 10. The fact that he can be upgraded makes me all the more interested in this card. Just so I can play this card on full chem, I am planning on buying prime Zanetti and I believe those words speaks levels as to how reliable of a card he is. He's a definite underrated center back and when he gets upgraded, I exoect him to be a center back close to the level as those previously listed. Try him out yourself on a shadow, I completely recommend him.

-~A little bit of everything

~Won't lose a header with 98 jumping

~Sometimes wish he were faster