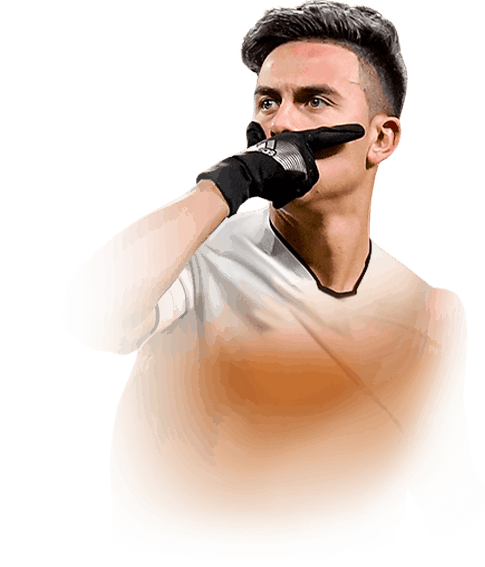 His real-life stats are currently 4 goals and 2 assists in 7 matches in domestic competition. He also received 1 yellow cards and 0 red cards.

At the start of this year, dybala was my CAM. I loved this man to bits, he was a deadly force that was amazing at dribbling, quick enough and had a screamer of a shot on him. his one downside was his composure. This MOTM card gives that stat and his reactions a very small buff, but it was somewhat noticeable. The +2 shooting sending his shot power over 90 is super welcome this year. He is insane on the ball. Absolutely insane. 4* skills is plenty for most people aswell. He got 18 goals and 19 assists in 25(30) games and I was very happy with this. I went 5-0 in quali and 14-6 in WL with him as my LS next to 90 cantona. He racked 19 assists which was great for a striker as well, baggio especially seemed to play off him nicely. However, he was often subbed at 80 due to the stamina. For 50k coins, this card is well worth a try. He can also play CAM effectively as well as striker, just don't try crossing to him on corners :)

Composure still not quite ideal

Reactions could be higher