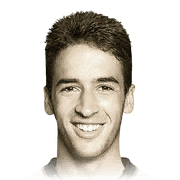 -
Sub out
Upcoming Matches
P. Chemistry
Squad chemistry
ST
87
RW
86
LW
86
CF
88
RF
88
LF
88
CAM
87
CM
80
RM
84
LM
84
CDM
63
CB
58
LB
64
LWB
66
RB
64
RWB
66
Reset
Basic
Sniper
Finisher
Deadeye
Marksman
Hawk
Artist
Architect
Powerhouse
Maestro
Engine
Sentinel
Guardian
Gladiator
Backbone
Anchor
Hunter
Catalyst
Shadow
Comments
Reviews
0
/600
Click here to verify your account in order to comment Update my avatar Dos and don'ts
Top Rated
New
Controversial
Show comments
Top Reviews
Only logged in users can submit a review
A review must be written in English
At least 200 characters are required.
Compare this player to other similar players you have used(optional).
If you import your club to FUTBIN or send us an image with the player data(fill the form below) your review will be marked as verified.
Include what you liked about the player in the pros area and what you disliked about the player in the cons area.
Your review will be manually checked during the next 24 hours.
Chem Style Used
Formations
Position
Rate Player Base Stats (1-10)
Pace
5
Shooting
5
Passing
5
Dribbling
5
Defending
5
Physicality
5
Most Used In:
Submit Review

First of all. In Fifa 21 I was a Gold 1 Player. Now this Fifa I reached Rank 2 in the Weekend League, using Raul trough all 20 games as right striker in a 4 2 2 2 next to Insigne as my left striker .I did buy him for the weekend league in hopes he would let me reach a new level in attacking and he didn't disappoint me. So let's have a look on his stats (Chemistry style is HUNTER):

With the hunter chemistry style he feels pretty fast considering his heigt. He's not rapid like Mbappe, but you can feel the speed. Definetly enough and very good!

I don't know what it is about him. Maybe it's my playstile, but he does bang in the goals from everywhere. It even doesn't matter whether it's his strong left foot or his so called right foot. Seriously, I didn't notice any difference. His right foot feels like 5*. Furthermore his finesse are insane (finesse shot trait). All in all he is a top level finisher.

His passing is very accurate considering he is a striker. Very good clinical short passes. Sometimes it's a bit hard to make a long pass with him, but there will not be many times you need to use his long passing when you are playing him as a striker. All in all very good.

This is the stat which surprised me the most. He feels very agile, does quick turns and doesn't feel clunky or anything like that at all. The ball is always very close to his foot. Considering his height, his dribbling really is excellent.

Why should I rate that ?

I was a bit surprised of his physical attributes. He is very good in heading the ball (great stats and aeral threat trait). But that's not what surprised me the most. He does not have that much strengh and aggression but due to his high balance he will not let the ball be taken from him that easy. He really did surprise me a lot when it came to a confrontation with the likes of Kimpembe, Marquinhos, Gomez and so on.

I did enjoy using him a lot and he will not leave my team in the nearer future. That's for sure. I didn't regret a single coin I spent on this guy (710k). If you can buy him, do it. He will not dissapoint you!

Shooting out of this world

Hi guys, this is my first review. But I've been playing FIFA since first FIFA (yes, im in my forties).

I have attached the link of my squad in case you are interested; I mainly play 4222, 4231 and 442. Elite division and rank2 futchamps.

I bought Raul because it was becoming difficult to link everything together; he had the hard task to replace Sonaldo. So I will focus on comparing Raul to Son:

I will say that I feel Raul passing is better, dribbling is also better. In shooting I'm not sure, I think Son is probably better due to 5* WF. I prefer the H/M WR to the H/H of Son, Son even on Stay Forward did get back to the defense too much. After trying him, I can say I prefer Raul over Son; the price tag is noticeable but obviously all icons are pricey; this is worth the coins IMO, way better to spend money in a striker than in a defender for sure. And you will have your links fixed.

You will like Raul if you like strikers that can dribble but are not weak, very well rounded card and even an aerial threat.

This guy could play really well on CAM I guess (good passing, dribbling, finese shot trait), but I play him as a striker.

I have tried Raul on several FIFAs and I think he fits current meta better than on previous editions; also take into account the date of the review.

To be honest, I bought Raul because I thought it would be a nice fix for the links, but I think he will be in my club for longer than expected. I love playing with this guy; he fits perfectly my playstyle. Not having 5* skills is bad for an striker obviously, but at least it forces me to keep it simple :-)

Superb passing for an striker in what matters (vision and short passing), even for a CAM

Good dribbling paired with more than enough physical (not silky as ben yedder, mbappe, etc; but better than Son and he is strong!)

Attacking AI is good, his attack positioning is very good. Always finds the right spot to be there -as he did in real life-

lacking 5* skills or 5* WF but he is Raul, he is well represented in that aspect -and at least has the 4/4-. More than enough IMO

I play a high sitting 4-4-2 using Raul at LS alongside PoTM Benzema, with wingers that cut in and play through the middle with assistance of an attacking CM - I swapped between LS and RS and he played similar in both.

-Not many cons as his card is very well rounded, he is either very good at stuff, or just good. His low long passing/crossing/aggression stats don't really affect his performance when played at ST. And his strength at 74 I haven't noticed once in all games played.