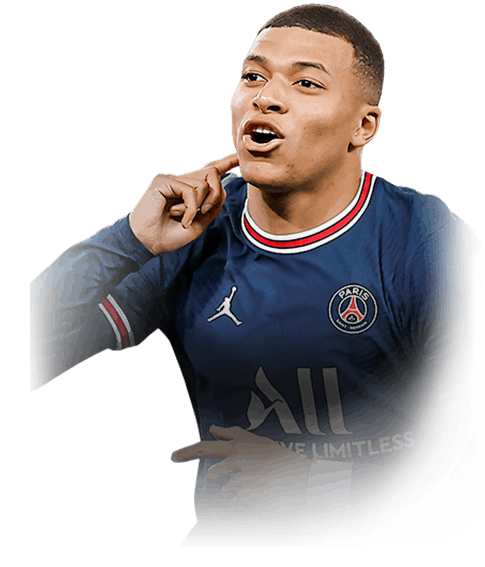 1
Sub out
Upcoming Matches
P. Chemistry
Squad chemistry
ST
91
RW
92
LW
92
CF
93
RF
93
LF
93
CAM
91
CM
84
RM
91
LM
91
CDM
65
CB
56
LB
66
LWB
70
RB
66
RWB
70
Reset
Basic
Sniper
Finisher
Deadeye
Marksman
Hawk
Artist
Architect
Powerhouse
Maestro
Engine
Sentinel
Guardian
Gladiator
Backbone
Anchor
Hunter
Catalyst
Shadow
Comments
Reviews
0
/600
Click here to verify your account in order to comment Update my avatar Dos and don'ts
Top Rated
New
Controversial
Show comments
Top Reviews
Only logged in users can submit a review
A review must be written in English
At least 200 characters are required.
Compare this player to other similar players you have used(optional).
If you import your club to FUTBIN or send us an image with the player data(fill the form below) your review will be marked as verified.
Include what you liked about the player in the pros area and what you disliked about the player in the cons area.
Your review will be manually checked during the next 24 hours.
Chem Style Used
Formations
Position
Rate Player Base Stats (1-10)
Pace
5
Shooting
5
Passing
5
Dribbling
5
Defending
5
Physicality
5
Most Used In:
Submit Review

5.0
Thanks to POTM
5 users liked this review

TURBO MBAPPE, This mbappe is not only can outpace defenders he's actually so strong which adds so much to his super powers and his AI

HE CAN OUTMUSCLE SO SO MANY DEFENDERS, I knew he's the guy when I played against Varane he actually made him look like Maguire the flop

he's so fast, his shot is Mbappe

(Am not english sry)

Ok guys, I just got this kid in my rank 7 rewards (Got Youtubeproof lol) Nobody serious wrote a normal review on him so I do. I played with him 14 games (Div 3&Quali) 12 goals 4 assists. I must say the gameplay was pretty bad, i felt nearly every game these input lags and thats the reason i play the game only sometimes. On the gameplay i played everyone in the Team (without GK) was trash so i cant rate him 100% right but give traesure becase i played his normal card before.

Of course he is fast, on better gameplay he will feel better. I remember playing his loancard months before were he bugged himself so often through the defensers, on my games he did 0 times :I. Shooting felt still good like it wasnt impacted on gameplay, weakfoot feels like 4 stars, Volley-weakfoot he struggles, Longshots should be good. Passing was perfect. Dribbling felt very good, i dont use L1/R1 dribbling, maybe even better when you use it. I like to do all skills (i like him to skill with him more than Neymar), that attribute he is perfect. Some good runs he made into the box. Heading sometimes good, sometimes bad. In 80 min he has arount 58-60 fitness, not the best. Not the strongest, good bodies more often than he came through, but sometimes he did. For 2 mil you can buy better teammates instead only him but he is nasty of course.

First of all, I wanted to apologize in advance, I packed this guy on my red player picks... no words to add. What do you want me to say? 99 pace, 94 agility, 95 finishing, 95 dribbling... His base card, in march is a5 750k, if that card is OP imagine this card... Im sorry, I am, because I will score 3 goals on you with this guy.... (I have only used him on Elite div since I packed him today with red player picks)

Are you dumb? none bruh

people hate me now, not even my family likes me!