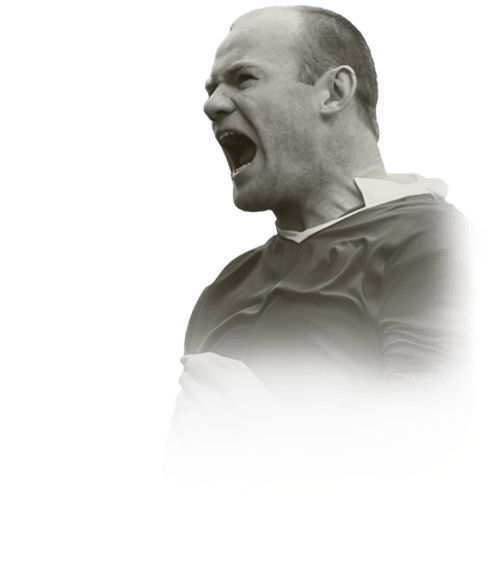 -
Sub out
Upcoming Matches
P. Chemistry
Squad chemistry
ST
93
RW
90
LW
90
CF
92
RF
92
LF
92
CAM
90
CM
86
RM
90
LM
90
CDM
75
CB
70
LB
72
LWB
75
RB
72
RWB
75
Reset
Basic
Sniper
Finisher
Deadeye
Marksman
Hawk
Artist
Architect
Powerhouse
Maestro
Engine
Sentinel
Guardian
Gladiator
Backbone
Anchor
Hunter
Catalyst
Shadow
Comments
Reviews
0
/600
Click here to verify your account in order to comment Update my avatar Dos and don'ts
Top Rated
New
Controversial
Show comments
Top Reviews
Only logged in users can submit a review
A review must be written in English
At least 200 characters are required.
Compare this player to other similar players you have used(optional).
If you import your club to FUTBIN or send us an image with the player data(fill the form below) your review will be marked as verified.
Include what you liked about the player in the pros area and what you disliked about the player in the cons area.
Your review will be manually checked during the next 24 hours.
Chem Style Used
Formations
Position
Rate Player Base Stats (1-10)
Pace
5
Shooting
5
Passing
5
Dribbling
5
Defending
5
Physicality
5
Most Used In:
Submit Review

So... last week I reviewed moments Bergkamp and I end up saying I was going for Hugo Sanchez o something like that. Well, by a stroke of weird luck I managed to get Henry on a pp freeing me a huge amount of coins, and now here we are. Let's begin, with a massive increase in some dribbling stats, and being a legend of my favorite club Wayne Rooney instantly caught my eye as he was inside my current budget so it was a no-brainer. I used both Hunter and Engine on this card, finding hunter to be the way to go for reasons I'll talk about later. From the get-go his pace is impressive, he truly feels on par with some of the quickest wingers in the game beating top tier defenders on a 1 on 1 chase, now combine that pace with one of the most intelligent attacking AI in the game and you get an unstoppable chance creation machine! His shooting is one of the best that I have tried out so far, he has some unique animations to the way he hits the ball (he sometimes even just decides to shoot a low driven shot without using the input) his left foot was solid too, his shot power was surprisingly true to the card stats and his longshots were a treat on any moment of the game. thanks to the stocky body type the physicality on this card is noticeable, not just when covering the ball but also when you try to press the defenders and take it from them. With no boost, his passing is nice, better than many CAMs with high default passing stats, and was never an issue. His dribbling is not the best though, even with the massive boost you'll still feel that he is a physical type of striker that needs to open space using his strength more than his footwork. 3-star skill move is a downside too that you need to get around, is easy to get around? well, yeah... easier than any other 3 stars skiller (not counting Butra). In the end, this is a card that I enjoy plenty, until...I decided to try him out with the engine. It was all downhill from there, the blistering pace was gone, the shooting became noticeable worse and his dribbling/passing didn't feel improved (cause they were good in the first place) I can't stress enough how much i recommend hunter on this card. Is he worth the 1.4M? Nah, I don't like to compare icons to regular cards because they are overinflated but even inside the icon realm other cards like Cantona, Maradona, and Socrates can give better value for coins than Rooney. HE IS A FUN CARD, HE IS META but he is overpriced as I see him more being valued around 1.2 to 1.1 M. Up next: Stoichkov, stay tuned.

I decided to do the Icon Moments Upgrade SBC and ended up packing this Rooney .As a Liverpool fan, I was skeptical at first, but I would say after the 25 matches that I've used him with so far he's been a W. I play him in a 4-1-2-1-2(2) as a left striker up top with TOTY Honorable Mention Chiesa (89). So far I have played him in Div 1 Rivals games, and he surprised me. He has 32 goals and 7 assists in 25 matches, with a few of those matches being hattricks and one of them being a 5 goal game.