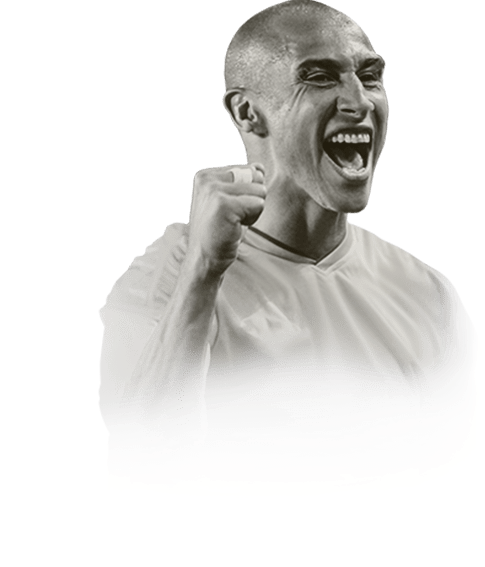 -
Sub out
Upcoming Matches
P. Chemistry
Squad chemistry
ST
90
RW
87
LW
87
CF
89
RF
89
LF
89
CAM
86
CM
80
RM
86
LM
86
CDM
67
CB
63
LB
69
LWB
70
RB
69
RWB
70
Reset
Basic
Sniper
Finisher
Deadeye
Marksman
Hawk
Artist
Architect
Powerhouse
Maestro
Engine
Sentinel
Guardian
Gladiator
Backbone
Anchor
Hunter
Catalyst
Shadow
Comments
Reviews
0
/600
Click here to verify your account in order to comment Update my avatar Dos and don'ts
Top Rated
New
Controversial
Show comments
Top Reviews
Only logged in users can submit a review
A review must be written in English
At least 200 characters are required.
Compare this player to other similar players you have used(optional).
If you import your club to FUTBIN or send us an image with the player data(fill the form below) your review will be marked as verified.
Include what you liked about the player in the pros area and what you disliked about the player in the cons area.
Your review will be manually checked during the next 24 hours.
Chem Style Used
Formations
Position
Rate Player Base Stats (1-10)
Pace
5
Shooting
5
Passing
5
Dribbling
5
Defending
5
Physicality
5
Most Used In:
Submit Review

I bought him for 400k because he’s the only swedish icon in the game and I just wanted to play him to endgame. I didn’t have much hope and expectation, but I got really surprised. He’s fast and agile (for his body-type) and feels very smooth. His shooting is insane, nearly everything goes in. Especially the 5* wf is a cheat, because many players underestimate his wf (dont know hes 5* wf). Therefore many players want him to shoot on his left foot, although everything is goal as well with this foot. His heading is very good to, but I dont cross often… (if I cross its always goal). Very fun to use, not top meta, but if you want to have fun a very nice player. (Used him in elite and wl)

Just as most reading this review, I was searching for a decent striker. There are many good strikers out there but I still choose to try this one and I was stunned by the result. At first I thought that his pace and balance wouldn't be enouch but with an engine, I didn't have trouble with that. He's finishing is exceptional and sometimes even scoors from outside of the box (not a placement shot). Aldow I didn't give him the instruction to run behind defences, but still he frequently does which is handy but not when you're in the 16-meters box. Didn't have much trouble with the 3* skillsmoves since simple ballrols and other easy faintmoves work best with him. His aggression in game is very good, giving him the opportunity to re-take the ball or get past defenders.

I don't think I surprise you when I say that the best thing about him is his 5* WF.

The 2 best ways to score with him are:

1) Use easy faint or ballrolls and then use his speed. When the opponents doesn't go away, bale roll to his other foot, or pass the ball, he'll run deep anyway.

2) Pass the ball to him in the box when even when a defender is in his back. With his lean body and his 5* WF; with an easy control he can choose a side and shoot (doesn't work against Maldini, Van Dijk,...)

Pace (not Anthony or Diaby but still enouch for a striker)

Aggression (can take the ball back or clich thru)

Decent balance and agilty (strengt and aggression makes up for it)

Sometimes to much runs

Sometimes missen when shooting from the side (87 shotpower)

Long passes could be better (not neccasery as a ST)