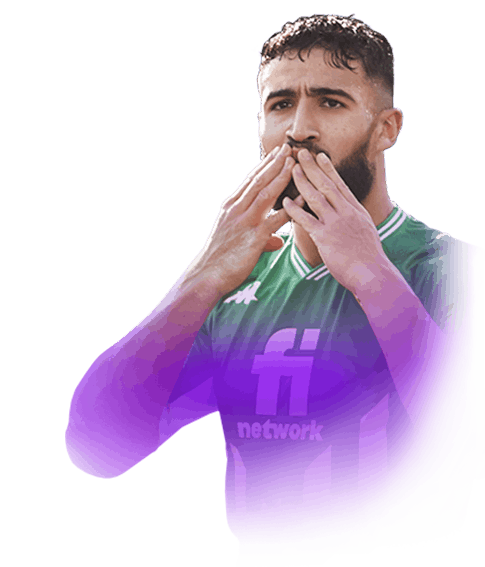 -
Sub out
Upcoming Matches
P. Chemistry
Squad chemistry
ST
86
RW
90
LW
90
CF
90
RF
90
LF
90
CAM
90
CM
85
RM
90
LM
90
CDM
70
CB
59
LB
66
LWB
70
RB
66
RWB
70
Reset
Basic
Sniper
Finisher
Deadeye
Marksman
Hawk
Artist
Architect
Powerhouse
Maestro
Engine
Sentinel
Guardian
Gladiator
Backbone
Anchor
Hunter
Catalyst
Shadow
Comments
Reviews
0
/600
Click here to verify your account in order to comment Update my avatar Dos and don'ts
Top Rated
New
Controversial
Show comments
Top Reviews
Only logged in users can submit a review
A review must be written in English
At least 200 characters are required.
Compare this player to other similar players you have used(optional).
If you import your club to FUTBIN or send us an image with the player data(fill the form below) your review will be marked as verified.
Include what you liked about the player in the pros area and what you disliked about the player in the cons area.
Your review will be manually checked during the next 24 hours.
Chem Style Used
Formations
Position
Rate Player Base Stats (1-10)
Pace
5
Shooting
5
Passing
5
Dribbling
5
Defending
5
Physicality
5
Most Used In:
Submit Review

Packed him in the first 10 minutes of him being out. Tried him out in rivals straight away and was the best ST i have used this year (behind Maradona) .His shot power is clear of any other player in the game and his dribbling is similar to players like salah and Garrincha. Having the French link makes it really easy to fit him into your team.

Wow, what a card this is! FUT Birthday Fekir is so agile and smooth on the ball, has the perfect body type and is RAPID. In addition, he has 5* Skills, Finesse Shot trait and scores 9/10 of his chances. This card is easily the best budget ST/CAM for any team. I played Fekir as ST in a 3-5-2 with FB Neymar next to him, and the pair were an absolute nightmare for my opponents. Fekir linked up really well with Neymar, picking up lots of goals and assists and has impeccable positioning. I then used him at CAM in a 4-3-1-2, playing behind FB Neymar and TOTW Dembele, which saw him supply lots of assists for the pair and grabbed a few goals from outside the box (Finesse Shot trait really helps.) Overall, I'd recommend playing Fekir in CAM as I feel I got the most out of him in this role, however he still performs really well at ST and I wouldn't mind shifting him up there if I needed to.

Shots Outside Box On Strong Foot

This is probably the best striker i've used this FIFA. As a well known rat, he sure does deliver.

PACE: When using a hunter, his pace is ridiculous and you can sprint past the opponents defender most of the time (except kimpembe gold).

SHOOTING: Fekir's shooting is phenomenal. Basicly every shot inside or just outside the penalty area is a guaranteed goal. His finesse shots are out of this world. Almost as good as TOTY Messi's. As long as you are shooting with his dominant foot, basicly every shot is on goal, despite green timing.

PASSING: For being played as a striker in myh team, he sure does deliver with his passings. As I don't do alot of long passing with my strikers, I can not really review them. However, his short passing are immaculate and are almost always precise.

DRIBBLING: Despite his stocky body type, he is a beast. Fekir's 88 agility feels like 99 and you can always get yourself out of a situation by left-stick dribbling. The ball always sticks to his feet and his 97 balance makes sure he often stands up while being tackled. 5 star skillmoves si fantastic and makes him one of my favoirite picks for strikes by far.

CONCLUSION: If you have the money, and are looking for either a french or la liga striker, then defiently buy him. He is a complete monster and wont dissapoint you at all.