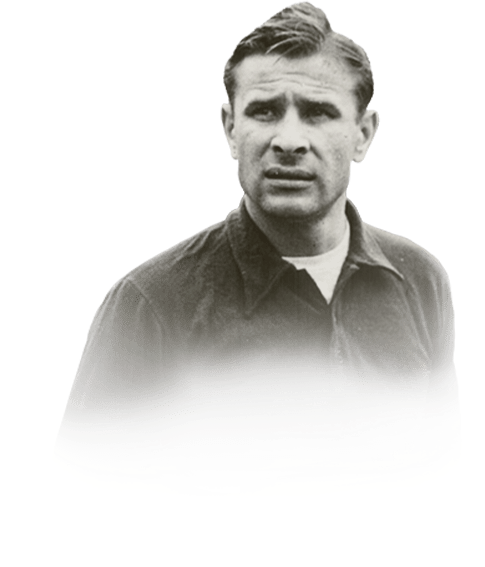 5.0
THIS MAN IS BROKEN
6 users liked this review

God this man is broken its a joke, when I first packed him out of the Icon Moments pack I was disappointed as it wasn't an outfield player (which I needed for chemistry reasons then) but now I couldn't be happier to have this man in net. he is an absolute joke! Honestly he has won me countless games now by just pulling off absolute worldlies, 1v1 is never a hopeful situation for a keeper but he saves more of them than he concedes. He saves sweats he'll save it if you move him the wrong way. Obviously he doesn't save everything but god does he make a lot of saves. I'm convinced the rest of these reviews are to scare people away because he's just crazy. Distribution is also very good, long kicks are great ( I have CR7 up top so he kicks it to CR& and he just brings it down) also throwing is consistently good. I will say as well he feels unusually swift on the ball as I play possession style fifa sometimes I will pass it back to him

Saves so many sweats

After getting to choose from Riquelme,van Nistelrooy and Cech from the prime icon pick, I thought my luck had to get better from the 93+ moments pack from swaps. I grinded for several hours to get Yashin. I was already disappointed but tried him anyway. After all, he should be the best keeper in the game. Should is the key word here.

He is short, makes saves look harder than they should, almost never catches the ball and lets in really stupid goals. You could be defending perfectly all game and all of a sudden Yashin lets in some stupid near post goal from an impossible angle. I conceded them all with him. Long shots, shots that went under him, over him, at the near post, chips from all over the box, and the last straw was when Eusebio scored from a corner after I didn't even move him. He just headed it over him and he did some stupid animation trying to tip the ball over the bar and ended up coming short.

Only pro is that he is fast and comes off the line quickly. He did make some good 1 on 1 saves because of that but for every good 1 on 1 save, he let in two stupid goals.

So in conclusion he is not worth playing with even if you get him from a pack, let alone pay 1 mil for him. FUT Birthday Neuer is waaaaaaaaaay better than him

Cannot be counted on in clutch moments to make important saves

Well, I have used many keepers this Fifa, and of course when you pay 1M+ for a Gk you expect to get the real deal.

The sad true is that he suffers easy goals, you know those that are like glitched, passing between hands, not catching a ball, that's really a shame for such card.

Last's year Prime and Moments Yashin were both top tier, this year, either of his versions is perfoming well, specially if you compare with the likes of De Gea POTM, Mendy or even Courtois POTM. A big disappointment.

When he gets out of goal, yes he can be fast and stop the ball.

Too many easy goals conceded.