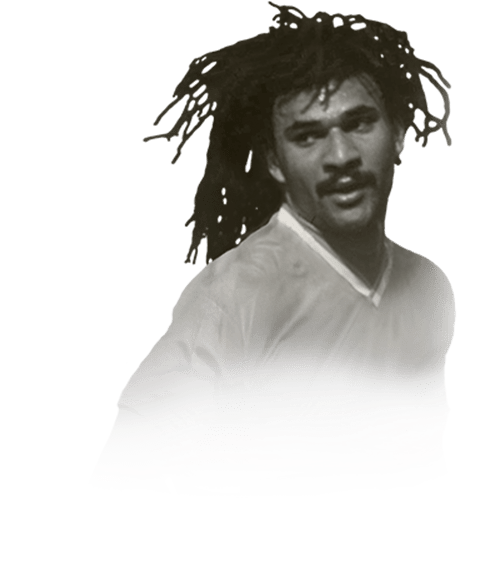 -
Sub out
Upcoming Matches
P. Chemistry
Squad chemistry
ST
94
RW
92
LW
92
CF
94
RF
94
LF
94
CAM
93
CM
93
RM
92
LM
92
CDM
89
CB
87
LB
88
LWB
88
RB
88
RWB
88
Reset
Basic
Sniper
Finisher
Deadeye
Marksman
Hawk
Artist
Architect
Powerhouse
Maestro
Engine
Sentinel
Guardian
Gladiator
Backbone
Anchor
Hunter
Catalyst
Shadow
Comments
Reviews
0
/600
Click here to verify your account in order to comment Update my avatar Dos and don'ts
Top Rated
New
Controversial
Show comments
Top Reviews
Only logged in users can submit a review
A review must be written in English
At least 200 characters are required.
Compare this player to other similar players you have used(optional).
If you import your club to FUTBIN or send us an image with the player data(fill the form below) your review will be marked as verified.
Include what you liked about the player in the pros area and what you disliked about the player in the cons area.
Your review will be manually checked during the next 24 hours.
Chem Style Used
Formations
Position
Rate Player Base Stats (1-10)
Pace
5
Shooting
5
Passing
5
Dribbling
5
Defending
5
Physicality
5
Most Used In:
Submit Review

I managed to pack this absolute beauty of a man from the moments upgrade, and when I say I went absolutely crazy, I mean it. I've never had Gullit in a Fifa , so having the opportunity to use him, especially his moments, was crazy. But that's enough backstory, so I'll start with the review. As you would imagine, he is absolutely insane, (I mean just look at the price), and he has saved me on many occasions with just general brokenness. I played him as a box to box CM along side Fantasy Caligiuri in a 5-2-1-2 (don't call me a rat it plays like a 3-5-2), with him as more of an edge of the box support option behind Eusebio, Weghorst and R9, which I feel is his best position, although you could probably get away with playing him at CAM or even as a second ST, that's just how versatile he is. Now I'll get into his actual stats. His pace felt great, and despite being 6'3, he actually felt pretty agile on and off the ball. His shooting is great as well, his long shots and volleys are second to none, and he practically breaks the net when he shoots, (Look at that shot power). His passing was probably his best attribute, no matter the type of pass you need, he'll find the man, (and on both feet with that five star weakfoot) sometimes even with animations I haven't seen on any other player I've used before. His dribbling felt great too, and it felt like the balled was glued to his feet, even with multiple defenders tackling him. Defending wise, he was solid, made good interceptions, and combined with his physique, strength, and reactions, he was able to bully even the best of midfielders and attackers off the ball. In addition to all points said, he and Weghorst are absolute MENACES off set pieces and corners. The only real cons I see with this card are obviously the price, (6 mil is A LOT), the lack of 5 star skills, although I didn't notice it too much, as I'm not too much of a skiller anyways, and no real meta traits, such as finesse shot or outside foot, although he still does most of these things really But other than those two things, there was not really anything that I've noticed that was bad about the card. Overall, he is absolutely insane, and definitely an end game card that, if you can afford, should definitely be someone you pick up.

Balance (sometimes, although 95% of the time its good)