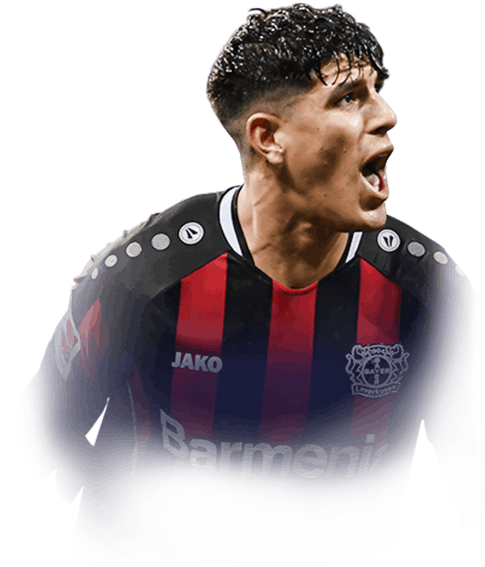 -
Sub out
Upcoming Matches
P. Chemistry
Squad chemistry
ST
72
RW
75
LW
75
CF
74
RF
74
LF
74
CAM
77
CM
83
RM
79
LM
79
CDM
90
CB
91
LB
88
LWB
87
RB
88
RWB
87
Reset
Basic
Sniper
Finisher
Deadeye
Marksman
Hawk
Artist
Architect
Powerhouse
Maestro
Engine
Sentinel
Guardian
Gladiator
Backbone
Anchor
Hunter
Catalyst
Shadow
Comments
Reviews
0
/600
Click here to verify your account in order to comment Update my avatar Dos and don'ts
Top Rated
New
Controversial
Show comments
Top Reviews
Only logged in users can submit a review
A review must be written in English
At least 200 characters are required.
Compare this player to other similar players you have used(optional).
If you import your club to FUTBIN or send us an image with the player data(fill the form below) your review will be marked as verified.
Include what you liked about the player in the pros area and what you disliked about the player in the cons area.
Your review will be manually checked during the next 24 hours.
Chem Style Used
Formations
Position
Rate Player Base Stats (1-10)
Pace
5
Shooting
5
Passing
5
Dribbling
5
Defending
5
Physicality
5
Most Used In:
Submit Review

At first glance it looked like the stats on this card were not as real as they seemed considering the price he is going for(which was one of the reasons I got him) and it ended up being a pleasant surprise after using him for over 30 games in div 1 and elite div rivals. He was paired alongside RTTF lucas hernandez and almost outperformed him in multiple occasions. His transition speed is solid as well as his possession based tackling ability. An ideal card for a back 4 and anyone on a budget.

I knew I had to get him because I was such a big Fan of RTTK Tapsoba who, until this Point is still going strong with around 400 Games played. Needless to say, I was so happy to get that strong Link to Tapsoba and my Goodness, he is such an Animal. A Bargain for only 59K, and it's nearly impossible to get past him in the 30 Games that I've played with him in Div 2. His Pace is very good, Defending is out of this World, his Passing is close to Perfection, and he feels so strong with an Anchor, scored a few Goals from Corners as well. If anyone is looking for a perfect Bundesliga CB he's your Guy and he's definitely guaranteed of a few Upgrades which will make him close to Engame Level