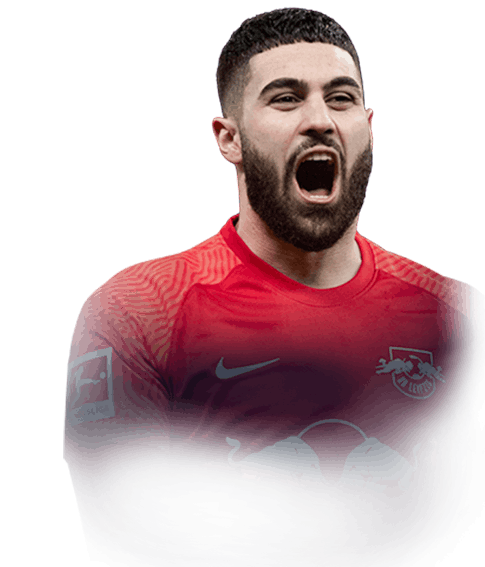 0
Red
Upcoming Matches
P. Chemistry
Squad chemistry
ST
79
RW
81
LW
81
CF
81
RF
81
LF
81
CAM
82
CM
85
RM
83
LM
83
CDM
90
CB
91
LB
90
LWB
89
RB
90
RWB
89
Reset
Basic
Sniper
Finisher
Deadeye
Marksman
Hawk
Artist
Architect
Powerhouse
Maestro
Engine
Sentinel
Guardian
Gladiator
Backbone
Anchor
Hunter
Catalyst
Shadow
Comments
Reviews
0
/600
Click here to verify your account in order to comment Update my avatar Dos and don'ts
Top Rated
New
Controversial
Show comments
Top Reviews
Only logged in users can submit a review
A review must be written in English
At least 200 characters are required.
Compare this player to other similar players you have used(optional).
If you import your club to FUTBIN or send us an image with the player data(fill the form below) your review will be marked as verified.
Include what you liked about the player in the pros area and what you disliked about the player in the cons area.
Your review will be manually checked during the next 24 hours.
Chem Style Used
Formations
Position
Rate Player Base Stats (1-10)
Pace
5
Shooting
5
Passing
5
Dribbling
5
Defending
5
Physicality
5
Most Used In:
Submit Review

I completed this SBC about 3 days ago and I can tell you that this is the best CB in the game. No Maldini, no Desailly, no Varane and even no Kimpembe. I use him as a CB, and it's working perfectly. At the kick off, I like to pass it to my CB, which is normally pretty risky,, but with Gvardiol that's no problem. Because of his strength, he can push someone who is pressing him. He also has very good dribbling (for a CB). This means that, after I pushed the presser away, can move up the field, but not the standard halfway line, the half of their half. Another thing I really like about him are his reactions and interceptions combined. When someone is going down the wing and tries to pass it in the center, Gvardiol has such a quick reaction to intercept it. And even if he reacts a bit late, he still intercepts it. I also like his long passing. If you watch Ajax, you maybe know Lisandro Martinez. Martinez can pass the ball perfectly, from his own box to the other side, perfecttly on someone's chest. This is the same with Gvardiol. It's like magic. He can find anyone, even the shorter people in my squad. But keep in mind that he also has some cons. One of them is his body type. Because of his body type, which is High & Average, he runs like a truck. This makes him feel a bit slower. Another con is that his sprint speed is higher than his acceleration. Because of his body type, he accelerates pretty slow in-game. This leaves me, and probably you aswell, vulnerable on the counter. BUt with all that said, I can conclude that Gvardiol is a certified beast.

I did this SBC yesterday and I can tell you that this is the best centre back right now. I use him a centre back, and he is perfect. He can easily push someone who is pressing him due to his high strength stat. Also, he has amazing dribbling stats which means that after I have sent the presser away he can move up the field to create chances. He also has outstanding passing which also allows him to create chances up field. With that, I can tell you that Gvardiol is the best centre back in the game right now.