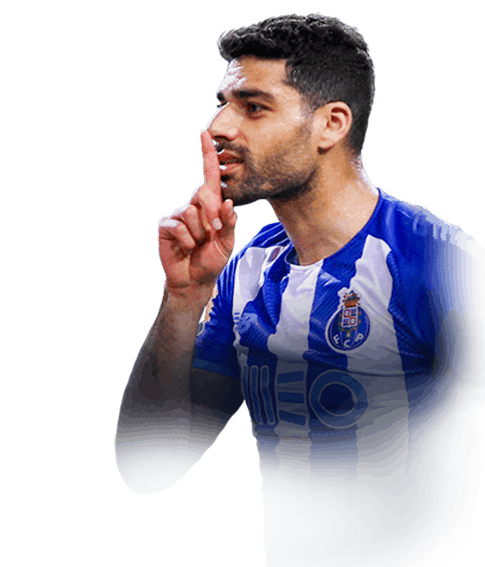 -
Sub out
Upcoming Matches
P. Chemistry
Squad chemistry
ST
95
RW
93
LW
93
CF
95
RF
95
LF
95
CAM
93
CM
87
RM
93
LM
93
CDM
71
CB
65
LB
70
LWB
73
RB
70
RWB
73
Reset
Basic
Sniper
Finisher
Deadeye
Marksman
Hawk
Artist
Architect
Powerhouse
Maestro
Engine
Sentinel
Guardian
Gladiator
Backbone
Anchor
Hunter
Catalyst
Shadow
Comments
Reviews
0
/600
Click here to verify your account in order to comment Update my avatar Dos and don'ts
Top Rated
New
Controversial
Show comments
Top Reviews
Only logged in users can submit a review
A review must be written in English
At least 200 characters are required.
Compare this player to other similar players you have used(optional).
If you import your club to FUTBIN or send us an image with the player data(fill the form below) your review will be marked as verified.
Include what you liked about the player in the pros area and what you disliked about the player in the cons area.
Your review will be manually checked during the next 24 hours.
Chem Style Used
Formations
Position
Rate Player Base Stats (1-10)
Pace
5
Shooting
5
Passing
5
Dribbling
5
Defending
5
Physicality
5
Most Used In:
Submit Review

Well, my cheeky Iranian friend Mehdi is a "Pen-Merchant" in real life, but a great one. I'm a FC Porto-Fan, so I just benched CR7 for this fantastic bloke. Turns like a fridge, but, I don't know how and why, he just scores every single game for me. It was like this for me, when I used his 86-rated "Winter Wildcard".

On a more realistic level know: he's very good as a classic 9 in the front. He works hard in the attack, since he can play the whole game and create great spaces for your other striker (if you play in a 4-3-1-2 or 4-4-2, for example). I really like his movements and his weak foot feels like his strong foot. Slap an engine on him and he'll be a hard working machine in the front.

Taremi was supposed to be only a backup, but having heard good opinions about him, I decided to try him out. It turned out to be a very interesting card. Due to the league and nationality I will not play it, but I recommend it to everyone. I invite you to the review.Our Iranian who performed in Porto had a very good season. That's why I bought it. It is very cheap. It should cost 20,000 more coins. So it is tempting to buy him. It shoots very well. He can hit the goal from easy and difficult positions. He is a great lobbies for the goalkeeper.e surprised me with good passes on the ground and the top. Very interesting dribble, a bit chunky but still good. He played 180 minutes in total and he didn't get tired, which is a good stamina.

When the opponent creates a counter, he often goes back on the defensive, which is a plus and minus. The advantage of Taremi is having a trait called knack. Thanks to this, his dribbling is not average but good and interesting. He is not a slow player but a quick one, which allows him to overtake defenders and score goals. When it comes to passes, they are very good and most importantly accurate.He has a phenomenal shot and great physical strength.

The downside of this player is 4 tricks stars and he has 3 of them. When the opponent creates a counter, he often goes back on the defensive, which is a plus and minus. Another disadvantage will not be his statistics and the game, but in what league he plays. Unfortunately, he plays in the Portuguese league, which is a little used and popular league. Same with nationality. Taremi is an Iranian, so few people play him and I buy him.?