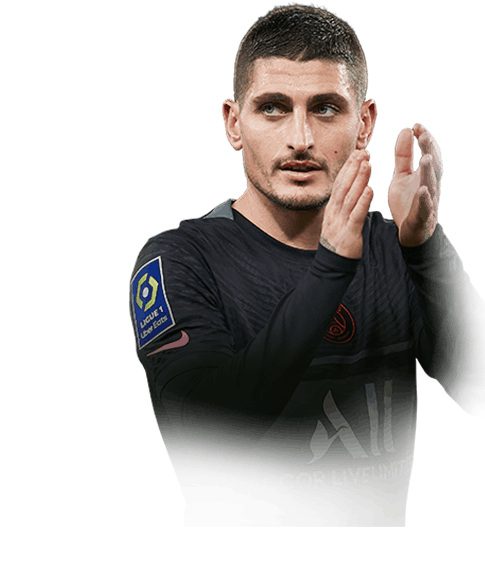 -
Sub out
Upcoming Matches
P. Chemistry
Squad chemistry
ST
87
RW
92
LW
92
CF
92
RF
92
LF
92
CAM
94
CM
95
RM
93
LM
93
CDM
94
CB
89
LB
92
LWB
93
RB
92
RWB
93
Reset
Basic
Sniper
Finisher
Deadeye
Marksman
Hawk
Artist
Architect
Powerhouse
Maestro
Engine
Sentinel
Guardian
Gladiator
Backbone
Anchor
Hunter
Catalyst
Shadow
Comments
Reviews
0
/600
Click here to verify your account in order to comment Update my avatar Dos and don'ts
Top Rated
New
Controversial
Show comments
Top Reviews
Only logged in users can submit a review
A review must be written in English
At least 200 characters are required.
Compare this player to other similar players you have used(optional).
If you import your club to FUTBIN or send us an image with the player data(fill the form below) your review will be marked as verified.
Include what you liked about the player in the pros area and what you disliked about the player in the cons area.
Your review will be manually checked during the next 24 hours.
Chem Style Used
Formations
Position
Rate Player Base Stats (1-10)
Pace
5
Shooting
5
Passing
5
Dribbling
5
Defending
5
Physicality
5
Most Used In:
Submit Review

Since my full untrade team already included 2 PSG players it was obvious that Verratti would become the third and oh my!

He is the best middlefielder I have used this year! He feels like a mix of Kimmich and Kanté, very fast, agile and aggressive.

Wins most of his duells and is able to directly lead the counter-attack after intercepting a ball. Since he plays next to PIM Vieira, winning headers never was a problem.

I believe its the best thing to play him next to a "big" man like Vieira, Gravenberch, Bellingham etc.

I don't know where to start he feels absolutely beautiful dribbling and can easily move past defenders. I used verratti as a playmaker in a 41212(2) next to guendozi and modric. He is magnificent, his passing is brilliant and rivals modrics. He rarely misses passes and is great at long passes. His acceleration is a bit underwhelming but thats the only thing i find bad about this card(also physicality as he gets bodied the ball off a ton!) His shooting is brilliant without a hunter and his traits are great, as injury prone barely plays a factor. His defending is very good but can't exactly body players off the ball obviously but he is great at tackles, slide tackles, and interceptions. His work rates are very nice as are his skill moves and weak foot. I don't have very great stats with him but he played very very well.

pace is underwhelming but is still good

I expected to like him but not in the ways that I did. Ofc the dribbling is the biggest thing going for him which he is admittedly great at. Complete gameplay compensator. I expected his shooting and physicals to be disappointing. But surprisingly they're more than solid. Especially his shooting is kind of nuts, he just never seems to miss from inside the box.

One thing I do have to say is sometimes his passing isn't that great. Which you wouldn't expect from a Verratti card.