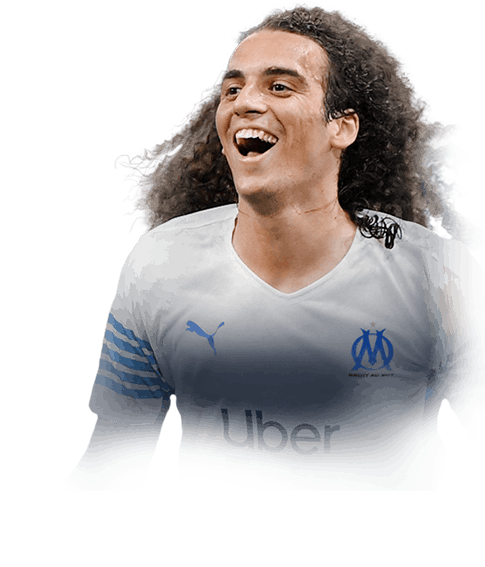 0
Red
Upcoming Matches
P. Chemistry
Squad chemistry
ST
88
RW
89
LW
89
CF
90
RF
90
LF
90
CAM
91
CM
92
RM
90
LM
90
CDM
91
CB
88
LB
88
LWB
89
RB
88
RWB
89
Reset
Basic
Sniper
Finisher
Deadeye
Marksman
Hawk
Artist
Architect
Powerhouse
Maestro
Engine
Sentinel
Guardian
Gladiator
Backbone
Anchor
Hunter
Catalyst
Shadow
Comments
Reviews
0
/600
Click here to verify your account in order to comment Update my avatar Dos and don'ts
Top Rated
New
Controversial
Show comments
Top Reviews
Only logged in users can submit a review
A review must be written in English
At least 200 characters are required.
Compare this player to other similar players you have used(optional).
If you import your club to FUTBIN or send us an image with the player data(fill the form below) your review will be marked as verified.
Include what you liked about the player in the pros area and what you disliked about the player in the cons area.
Your review will be manually checked during the next 24 hours.
Chem Style Used
Formations
Position
Rate Player Base Stats (1-10)
Pace
5
Shooting
5
Passing
5
Dribbling
5
Defending
5
Physicality
5
Most Used In:
Submit Review

Hello everyone. Today's review falls on Mr. Guendouzi. And to start of i just want to say that i'm Danish, so in advance, i'm sorry if there is some errors in my English, but hope it isn't too bad.

Before we start for good, i just want to highlight some information about my own level of play.

My playstyle is lots of pressure and fast build up plays.

I used Guendouzis Winter Wildcard, and he was such a beast for me, played around 300 games with him so he was very reliable for me. This is why i picked this guy up for about 170k coins.

His pace is great. I used a Shadow chemstyle on him, so it was basically maxed out. Not really much to say here, his acceleration does feel a bit better than his sprint speed, but he could keep up with the likes of Rodrygo (92), Vini Jr. (89), etc. Liked it very much!

The card doesn't come with insane shooting stats, people need to remember that this card has a M/H workrate, which means he won't be influencial in the attacks, unless you force him to be. I did some testing with some Finesse shots, with green timed and non green timed. And my conclusion is that if you need to score with this guy, you need to green time your shots. His shotpower is very good, so if you time your shots they will most likely trouble the keeper.

Something i was shocked about this card, was his passing ability. I kid you not, his passing is unreal. He got lots of pace on his passing, he has the 4WF so he does some great passes with his weak foot as well. Generally the stats are low 90's, but they feel like they are maxed out. Amazing!

This is a place where this card struggles. I like when my CDM's/CM's have great left stick dribbling, and i wasn't expecting him to turn like Verratti or some other small players. But if i compare him to Moments Vieira, i would say Vieira turns a bit faster. However, his ball control is great, his composure is very good as well, and he does the job for you as a CDM, but even though his Agility and Balance are "decent" i think that his bodytype makes him turn slow.

Decent, very decent actually. i used him with the shadow chemstyle, so his defending is boosted a lot. He gets 99 Interception, 98 sliding tackles, 97 Standing tackles, so you get a decent card, definitely. Combined with his maxed out pace, he catches up to players and snatches the ball away from people. The only downside maybe is that his stats need a Shadow chemstyle to be decent. They are average at most when not boosted.

The thing i like about Guendouzi is definitely his physicality. He has 98 Aggression with 96 stamina, this is almost a must in every CDM/CM in this years game, they must be able to sprint all game long and be aggressive as well. The only downside is that his strenght isn't 95+. It is at a 86 for strength and 87 for jumping. I will say that his body type makes him stronger than the card actually says.

He has a "High and Average +" bodytype, which you can also feel. His turning is pretty slow, however, his strength is better than what the card says. He has those long legs and feels very good to use as a CDM with this body type.

For a CDM, Medium/High is the best workrate, at least for me. Especially if you combine your 2 CDM's with a guy who has High attacking workrate, they compensate each other very well. For me this worked wonders when he was my CDM/CM.

I really wish they gave him 4 skills. I like when i'm able to do some Berbatov spins, or even heel to heels, when i'm in a tough spot. He is a CDM, but at this stage of the game i wish he had 4 skills at minimum. His weakfoot is decent, nothing special nothing bad. If it was 5 weakfoot, we would be talking differently, therefore the rating is only 3.5, but still decent.

PRICE AND VALUE FOR MONEY: 5/5

I can't believe how this market is so low. I paid 170.000 for Guendouzi and i would say he is worth every single penny. However, i would say if you're looking for a CDM who can also go forward i would save the coins for Fofana TOTS. He is better offensively and has the High/High workrate to join the attacks. But in terms of Guendouzi and his price, i can only give him 5 stars.

Thank you for reading, this is like my 3rd review, so i'm sorry if it wasn't something good, but im trying haha.

Shooting (You have to time for it to be effective)

Agility and Balance combined with his bodytype

He is a great cdm that can go up, dribble and pass the ball when you need to. His pace is really great with shadow and almost always gets to the ball when needed. I haven't tested out his shooting but it seems satisfactory. His passing is excellent and he rarely misses. I don't dribble a lot with him but he feels pretty nice on the ball and doesn't turn like a truck. Hi defending is magnificent as he always wins the ball for me and can body people off the ball. His aggression and stamina are also a massive plus to him.