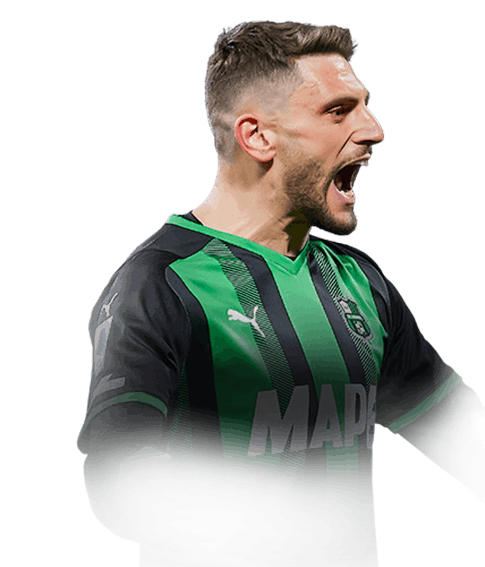 0
Sub out
Upcoming Matches
P. Chemistry
Squad chemistry
ST
95
RW
97
LW
97
CF
97
RF
97
LF
97
CAM
97
CM
91
RM
97
LM
97
CDM
74
CB
66
LB
71
LWB
75
RB
71
RWB
75
Reset
Basic
Sniper
Finisher
Deadeye
Marksman
Hawk
Artist
Architect
Powerhouse
Maestro
Engine
Sentinel
Guardian
Gladiator
Backbone
Anchor
Hunter
Catalyst
Shadow
Comments
Reviews
0
/600
Click here to verify your account in order to comment Update my avatar Dos and don'ts
Top Rated
New
Controversial
Show comments
Top Reviews
Only logged in users can submit a review
A review must be written in English
At least 200 characters are required.
Compare this player to other similar players you have used(optional).
If you import your club to FUTBIN or send us an image with the player data(fill the form below) your review will be marked as verified.
Include what you liked about the player in the pros area and what you disliked about the player in the cons area.
Your review will be manually checked during the next 24 hours.
Chem Style Used
Formations
Position
Rate Player Base Stats (1-10)
Pace
5
Shooting
5
Passing
5
Dribbling
5
Defending
5
Physicality
5
Most Used In:
Submit Review

After looking at several comments about him in conjunction with me playing him for 17 games in weekend league, I also noticed a weird heaviness about him, most likely due to him being 6 foot. I didn't like him at striker so I played him at CAM. His shooting and passing are exceptional, especially his long range goals. You can notice his height in game but I noticed him often striding past players in the midfield like Zidane. He is strong at times but is heavy enough to easily be dispossessed in tight spaces. His close controlled dribbling was often very good, but during bad gameplay he may struggle or be too predictable. I recommend him at CAM and he is definitely worth the price, even though he does not play to his stats.

Can change a game

Dribbling does not perform to stat values

hard to play with in bad gameplay

This man is rapid and has amazing shooting. Hes more of a ST than a winger because of his height. The dribbling stats are not what they seem however he feels a bit more heavier than advertised but that doesnt mean hes bad. He makes perfect runs and has amazing timing. I would defo recommend him at ST for the price hes at.

To start things off, I want to say that I packed this legend and decided to try him out. I played him as a CAM alongside mid-Eusebio, and OH MY, his pace is electrical, and he has great finishing ability. But he may feel kinda clunky sometimes, and his 99 dribbling doesn't feel like 99. His passing is the best one I've ever tried on FIFA, he assists every game, through-ball, short passes, all of he is the best. His strength isn't the best but he can't get bodied easily.