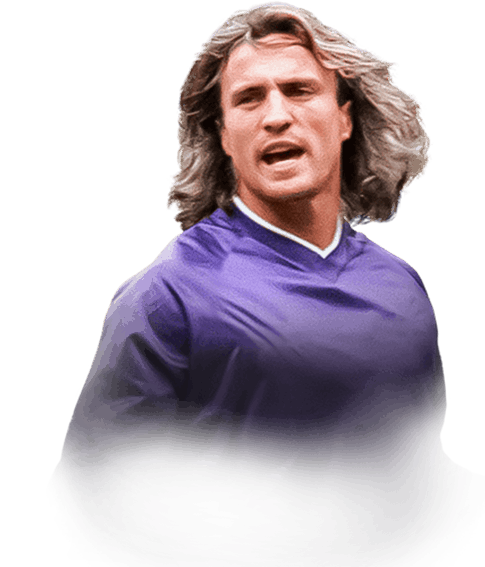 -
Sub out
Upcoming Matches
P. Chemistry
Squad chemistry
ST
95
RW
96
LW
96
CF
96
RF
96
LF
96
CAM
96
CM
91
RM
96
LM
96
CDM
80
CB
75
LB
78
LWB
81
RB
78
RWB
81
Reset
Basic
Sniper
Finisher
Deadeye
Marksman
Hawk
Artist
Architect
Powerhouse
Maestro
Engine
Sentinel
Guardian
Gladiator
Backbone
Anchor
Hunter
Catalyst
Shadow
Comments
Reviews
0
/600
Click here to verify your account in order to comment Update my avatar Dos and don'ts
Top Rated
New
Controversial
Show comments
Top Reviews
Only logged in users can submit a review
A review must be written in English
At least 200 characters are required.
Compare this player to other similar players you have used(optional).
If you import your club to FUTBIN or send us an image with the player data(fill the form below) your review will be marked as verified.
Include what you liked about the player in the pros area and what you disliked about the player in the cons area.
Your review will be manually checked during the next 24 hours.
Chem Style Used
Formations
Position
Rate Player Base Stats (1-10)
Pace
5
Shooting
5
Passing
5
Dribbling
5
Defending
5
Physicality
5
Most Used In:
Submit Review

Somehow packed this man from those shapeshifter store packs. Best pack pull since like FIFA 18 so I was gassed. Let me first start by saying this man is hands-down the best shooter in the entire game. He finishes everything on both feet, with incredible finesse, and scores from anywhere. The huge issue with Ginola is the clunkiness. Reminds me of Ronaldo on this FIFA, he will score everything and have a crazy goal record, but just not reliable on the ball. Turns slow and is hard to hold up to play with him. I would not say he's even close to Moments Pele or R9, but still obviously crazy good. 6 mil is crazy for him also considering some other options (pele, SS messi, mbappe, r9) are all cheaper than him.

Packed Ginola out of an 85x10. He is somehow still worth over 1mil in august, but I can see why. I play him in a 4-2-2-2 at ST. The first thing I noticed with this card is his shooting and composure. He never goes wide of the goal when shooting, and paired with his 5* WF he is a serious contender for best No9 in the game. His dribbling is quite good, but much like TOTS Leao his High and Average body type paired with his 6'1" height takes off the edge compared to cards like Di Natale and Ribery, who turn faster. He also stumbles a little bit in 1v1s due to his height, and I have seen it in other players of similar builds such as TOTS Son. The 5* skills more than makes up for these issues however. His passing is excellent for a striker, and he has gathered 30+ assists in 43 games. Another plus is his physicality. Unlike tall and weak players like Son, he is able to hold off most defenders, and is a great aerial threat on set pieces and crosses. His pace is also good, but he feels noticeably slower than my 98 bale despite having only 1 pace stat less, he is still very fast and easily breaks through the back line. Great Card overall, but incredibly overpriced due to his rarity

Passing - can pick out anyone on the field

not as fast as the 98 pace suggests

Lets get something out of the way first, I think that the icons are wildly underrated and FUT heros really shouldn't have been as overpowered as they are. That said, these cards are incredibly fun to use and I'm glad that they exist.

Alright so, I was beyond excited when I packed Ginola, pretty sure I scared off some customers in the middle of my job. I do rely on FUTbin for info on cards before I use then so I was surprised when I saw a lot of negative comments surrounding this card all of them mostly about price and his clunkiness. So, I threw him into my squad (which I linked to this review if anyone is interested) and played a few games and I will say that compared to my old striker, FUT Fantasy Saint-Max, Ginola is vastly different.

Firslty, FUTbin didn't fail me in the slightlest, I went in fully expecting him to be less responsive than Saint-Max and he 100% is. His 90 rated balance and reactions put a damper on his abilities as a manuverable attacker and his passing is slighlty lacking as well although it wasn't that big of a deal and it really didn't cost me as many goals as I thought it would. Also, although he is rated 5* SM he feels like he is at most 3* at times becasue of his size, lack of balance, and reactions. Almost immediatly I knew that Ginola wasn't worth dropping his current price of 1.3 mil, at best he is worth 800k and at worst his is worst maybe 400k. He is way over priced and honeslty I just think it is because of the staggering amount of prem stans deperate to have this card in their squad. If you're not careful more times than not he will break your squads ability to attack if you expect more out of him than he is capable of in terms of manuverability and responsivness.

Despite those negatives, I will say that as a goal scorer he far excceded what I thought he could do. Angles and distance mean nothing to him and if you take a shot with him 9 times out of 10 it WILL go in. Also, what he lacks in manuverability he more than makes up for with his insane strength and at times it seems like he has magnets on his feet with Van dijk proving to be one of the only real problems I faced with opposing defenders. Skill moves (while they aren't as smooth as they should be with 5*) will surprise you at times and being thoughtful and deliberate in their usage gives him the edge in most 1v1 and 2v1 situations. If I could compare him to anyone I would say Ginola is like Akinfenwa if he was slighlty faster, more agile, and had insane shooting skills.

In all honestly, Ginola may not be the easiest striker to use in this game if you like skilling or expect him to be similar to some of the more agile strikers, but he certainly is one of the consistent goal scorers I have ever played with. I feel almost inclined to say he is "the thinking mans striker" becasue of this. So I would like to offer some adivce if you ever have the opportunity of having him in your squad.

He will NOT do everything himself, strong support in the midfield and on the wings is a neccesity if you wish to give him the openings to score. He is slow and you can feel it, use his slower movement to assess situations and give him the room he needs to operate effectivly and you will undoubtly see insane results even agasint the best of teams. Ginola is the kind of player you will have to build a team around. I found that close quarter passes are more effective than long balls as he can't out-run many defenders especially when handling the ball.

In the end, Ginola is a great addition to all squads, but how well you play to his strengths will be the deciding factor on whether you love him or hate him.