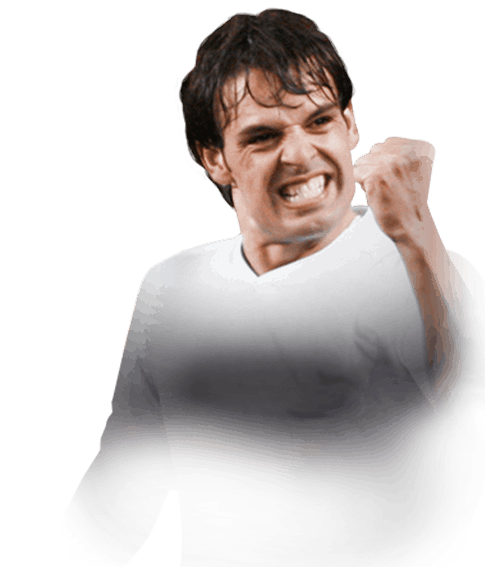 -
Sub out
Upcoming Matches
P. Chemistry
Squad chemistry
ST
94
RW
93
LW
93
CF
94
RF
94
LF
94
CAM
94
CM
89
RM
93
LM
93
CDM
72
CB
66
LB
71
LWB
74
RB
71
RWB
74
Reset
Basic
Sniper
Finisher
Deadeye
Marksman
Hawk
Artist
Architect
Powerhouse
Maestro
Engine
Sentinel
Guardian
Gladiator
Backbone
Anchor
Hunter
Catalyst
Shadow
Comments
Reviews
0
/600
Click here to verify your account in order to comment Update my avatar Dos and don'ts
Top Rated
New
Controversial
Show comments
Top Reviews
Only logged in users can submit a review
A review must be written in English
At least 200 characters are required.
Compare this player to other similar players you have used(optional).
If you import your club to FUTBIN or send us an image with the player data(fill the form below) your review will be marked as verified.
Include what you liked about the player in the pros area and what you disliked about the player in the cons area.
Your review will be manually checked during the next 24 hours.
Chem Style Used
Formations
Position
Rate Player Base Stats (1-10)
Pace
5
Shooting
5
Passing
5
Dribbling
5
Defending
5
Physicality
5
Most Used In:
Submit Review

Hello, today i present my review of Fernando Morientes FUT Hero Shapeshifter. Well, I get him from a pack for 50k, and decided to put him in the squad, my first feelings about him are: He is very fast, and agile, not as chunky as it might seem, his shoots are cosmic, he can shoot with almost every position, his weaker leg is amazing too, he has 5 stars which is very important so he can handle it great as a striker, but I play it on cam. His pluses also include heading, he has them rated at 99, which means that everything is goal of the head. I did not notice any disadvantages of him, apart from defense. I can confidently recommend it to you all the more for such a low market price.

So, since I'm a massive Raúl-Fan, I needed to get his lad Morientes. My boy Raúl needs to feel comfortable in this team and Morientes was a good lad.

I paid 77k for him and was expecting him to be a "Target Man". I was wrong, his positioning is very strange (at first): he drops deep into the midfield, even though I put "Stay Forward" on him. "Strange" is the right word, because it isn't bad at all. The first two games were horrible, horrible, horrible. He couldn't get into the box, literally nothing happened. No assists and definitely no goals. In the third game (probably after listening to me saying "I'll just get Lozano back into the team, I can't take this anymore"), my dude scores 4 goals and makes 1 assist. I understood his movement and got more and more used to it. Since then, it has been one hell of a "Goal-Party" with Morientes. He doesn't miss in front of the goal and scores with both feet. Once he smells an incoming cross, my dude runs into the box and heads it into the back of the net.

Scream it with me: MORIENTES!

That being said (Pros and Cons are under the written review): fantastic card for 77k. Not your META-Striker, but he plays for the badge and is perfect for my "Target Man - Agile Man (Raúl is agile, don't even @ me, Ben Yedder-Rat)"-Combo.