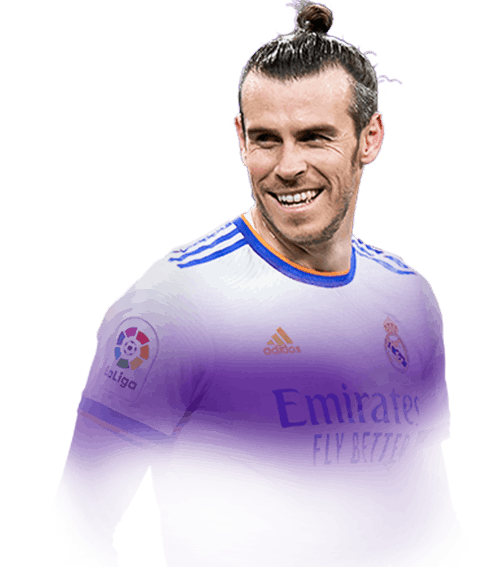 0
Sub out
Upcoming Matches
P. Chemistry
Squad chemistry
ST
98
RW
97
LW
97
CF
97
RF
97
LF
97
CAM
97
CM
93
RM
97
LM
97
CDM
84
CB
81
LB
83
LWB
85
RB
83
RWB
85
Reset
Basic
Sniper
Finisher
Deadeye
Marksman
Hawk
Artist
Architect
Powerhouse
Maestro
Engine
Sentinel
Guardian
Gladiator
Backbone
Anchor
Hunter
Catalyst
Shadow
Comments
Reviews
0
/600
Click here to verify your account in order to comment Update my avatar Dos and don'ts
Top Rated
New
Controversial
Show comments
Top Reviews
Only logged in users can submit a review
A review must be written in English
At least 200 characters are required.
Compare this player to other similar players you have used(optional).
If you import your club to FUTBIN or send us an image with the player data(fill the form below) your review will be marked as verified.
Include what you liked about the player in the pros area and what you disliked about the player in the cons area.
Your review will be manually checked during the next 24 hours.
Chem Style Used
Formations
Position
Rate Player Base Stats (1-10)
Pace
5
Shooting
5
Passing
5
Dribbling
5
Defending
5
Physicality
5
Most Used In:
Submit Review

Not much to say here. Bale is a tall, fast and strong player. He has an athletic build in game so he is absolutely rapid. When he gets through on goal, there is no catching him so you will have no problems with pace.

He has some of the best shooting I've used in this game. Give him even half a chance anywhere inside the box and he will bury it with ease. He hits the ball with so much venom and ferocity that it leaves the keeper stranded giving him absolutely no chance of making a save. His long shots are deadly. You can unleash shots from anywhere with this card and all of them will have a chance to go in. He has outside foot shot trait which is extremely useful in certain circumstances. His finesse shots are really good as well and he can whip them in from anywhere. His freekicks are also lethal as well.

He has some of the best passing in this game as well. This card really is an all rounder. If his teammates make a run, don't be afraid to make a pass. He will successfully complete the pass more often than not regardless of how easy or difficult the pass may seem. His long passing is especially phenomenal as is his crossing ability.

Because of his size, you may expect him to be slightly clunky. He surprised me in this aspect. He is actually quite smooth, silky and agile on the ball. He has great left stick and is very evasive. When he gets going, he is extremely difficult to dispossess. Couple that with his 5* skills and you have a crazy good dribbler on your hands.

Again, his size and build are really beneficial here. He is really strong and is able to hold off even the strongest of defenders without any issues whatsoever. It is actually really difficult to push him off the ball and when you combine all his attributes together, you have an absolute demon on your hands. A defenders worst nightmare.

For a more in depth review, visit my YouTube channel, "SR7 Productions".

For those that just want the short version: this card is insane. On a level with top-tier Icons like R9, Pele, Cruyff, Eusebio and all of the crazy new promo cards. Obviously the stats would suggest that, but in-game Bale truly is on another level.

I've used Bale as a striker in a 4-2-3-1 formation with Moments Cruyff at CAM and they were an insane duo during the 10 games that I've already tried them together. All of the games were played in Division 1, since I couldn't be bothered to really play Rivals in the last couple of months.

Bales finishing is top tier and the only thing missing to make it absolutely perfect would be a 5 star weak foot (and maybe the finesse trait for some, but I don't really use finesse shots that often with my strikers). He did hit the post two times with his right foot, but still converted almost all of his chances and his left foot is just a missile launcher. It doesn't matter from where or how you shoot with his left, it will probably go in. One thing that especially stood out to me were his chip shots, which are perfect like every time.

His dribbling is also amazing, not as good as that of a Cruyff, Garrincha or Insigne EOAE, but he does feel really good on the ball and the skill moves are executed very fast which works great in tight spaces.

The physicality is another factor that adds to the insanity that is this card. Bale is very much able to wall off defenders (even the likes of Chiellini EOAE and Militao TOTS) to get his shot off.

Gareth bales card is absolutely insane, he made 14 contributions in 10 games of weekend league for me, This card is different gravy. He's everything you need for a striker, with pace, dribbling, shooting, passing, 5* 4* and a unique body type, his card has no downsides except for the high price and welsh links. I highly recommend this card if you can afford it.