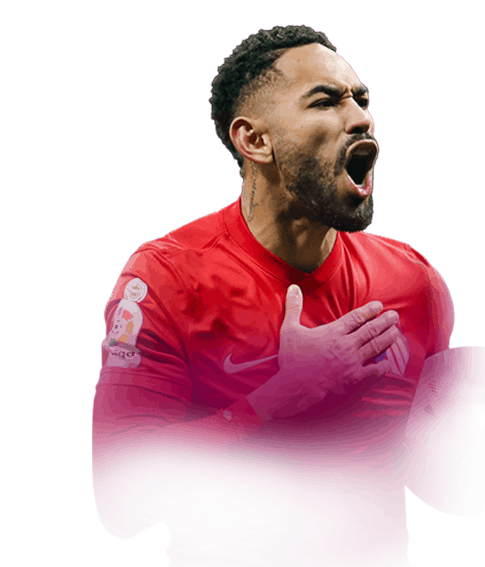 Before fut champs started this amazing card released and I immediately did him. I wasn't expecting to much out of him to be honest. But he just threw my expactations out of the window. This is a crazy card for free. For me he was a crazy clutch card with his great dribbles and longshots. He got 14 goals and 4 assists in the twenty matches of fut champs. I played him cm in 433 (2).

Pace: He isnt as fast as you would expect and thats because of his height but he's still rapid.

Shooting: His shooting is amazing, his 4 wf feels more like 5 wf, it is very easy to score longshots with him and inside the box he is deadly.

Passing: Passing wise he is good but not anything special.

Dribbling: His dribbling is amazing he feels quick on the ball, he can pull out skills quickly only he cant turn to quickly like vinicius due to his height but its still quick enough.

Defending: He is pretty good at heading due to his height, jumping and accuracy.

Physicaly: He feels very strong on the ball and his stamina is a big plus.

Overall I think he is amazing value for a free card and that he is one of the greater laliga attacking midfielders.

This is my first ever review. I felt the need to do one for this card, as he has carried me in all of my games, and I love him <3. Where do I even start man, WHAT A CARD! I was so surprised when I completed this card. I play him as a RF in a 4-2-3-1, or as a CAM in a 4-1-2-1-2 (2), with a finisher chemistry style. I am an average player, and I played with decent gameplay, so my opinion on this card may be different to others using him.

Pace - He is absolutely rapid, I found myself outpacing defenders like Nuno Mendes TOTS, Ricardo Pereira FB, 97 Cordoba and so many other high pace cards. He is very fast, and he even has fast dribbling. His AI runs are also amazing, and fast.

Shooting - This one surprised me the most. For some weird reason, this card has absolutely broken shooting, whether it be from long range or short. He finishes everything, with power and placement. His finesse shots are also very good. His weak foot felt like *5 though. If the ball went to his left foot, he simply shot with it, as if he didn't have a weak foot. Completely broken in my books.

Passing - No complaints, this guy has very good passing. Sometimes if he got pressed at around the halfway line and couldn't move the ball up the field, he would make a beautiful ball, straight to one of my attackers on the run. Pressing Triangle/Y is a cheat code.

Dribbling - Absolutely mental, left stick dribbling is insane with his 5 star skills. Since he is quite tall at 6'0,his turn speed was not as fast as cards like Neymar. You could barely notice it though. His dribbling has a bit of jam to it as well. Very silky, however.

Physical - Surprisingly, he held up quite well against big center backs like Van Dijk TOTS and Eder Militao TOTS. He is quite strong for some reason.