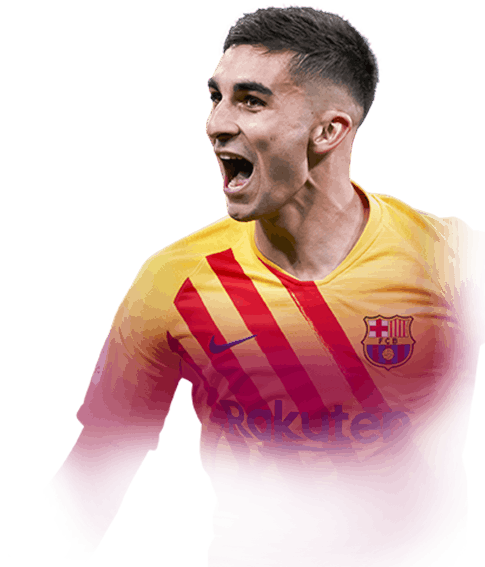 -
Sub out
Upcoming Matches
P. Chemistry
Squad chemistry
ST
95
RW
96
LW
96
CF
96
RF
96
LF
96
CAM
97
CM
91
RM
97
LM
97
CDM
72
CB
62
LB
71
LWB
75
RB
71
RWB
75
Reset
Basic
Sniper
Finisher
Deadeye
Marksman
Hawk
Artist
Architect
Powerhouse
Maestro
Engine
Sentinel
Guardian
Gladiator
Backbone
Anchor
Hunter
Catalyst
Shadow
Comments
Reviews
0
/600
Click here to verify your account in order to comment Update my avatar Dos and don'ts
Top Rated
New
Controversial
Show comments
Top Reviews
Only logged in users can submit a review
A review must be written in English
At least 200 characters are required.
Compare this player to other similar players you have used(optional).
If you import your club to FUTBIN or send us an image with the player data(fill the form below) your review will be marked as verified.
Include what you liked about the player in the pros area and what you disliked about the player in the cons area.
Your review will be manually checked during the next 24 hours.
Chem Style Used
Formations
Position
Rate Player Base Stats (1-10)
Pace
5
Shooting
5
Passing
5
Dribbling
5
Defending
5
Physicality
5
Most Used In:
Submit Review

5.0
WHAT A BARGAIN!
4 users liked this review

As soon as i saw this card release i made sure to complete him asap and put him in my team because LOOK AT THOSE STATS( + 5 STAR SKILLS!!). So i did exactly that and boy was i not disappointed. In 5 games(yes, 5) he scored 21 GOALS AND MADE 5 ASSISTS. All in div 2(just after the milestone rewards so it was mainly against elite players) and qualifiers. I used the sniper chem style in order to boost the shooting and physical.

Heading into the stats

Shooting: Surprisingly cracked. He scored almost every shot, or at least hit the post/tested the keeper. The finishing on this card is very very good and despite having a 4* weak foot, he scores everything on that left foot too.He scores every type of shot and for some reason the chip shots specifically is very good. 9.5/10

Passing : just look at the stats, they really aren't fake stats, his passing is ridiculous. Every type of pass from every angle reaches its intended target. If you play him at ST, he has one of the best passing in the game for a ST. 9.8/10

Dribbling: left stick dribbling is insane and he can easily weave between players. With the 5* skills it's even better!!! Very similar on the ball to Maddison. 9.9/10

Heading is very good, he wins headers and can knock the ball down to players that are running off him and he does score his fair share of headers too.

Physical: despite only 66 aggresion with the sniper boost, he feels lowkey strong on the ball and that's probably down to his height and body type. 8.5/10

All in all, i think he's a very fun non-meta card.He was hard to use at 1st but once i got used him and learnt how to use him properly, he was very good. Not a card that you see in all the very sweaty teams and he's honestly pretty good too. If you don't put him in the starting 11 , he'd make a great super sub!

Passing(everything about it to be honest)

none but if i had to say, probably the strength although he did fight fpr the badge for me!

Ferran Torres Garcia aka Ferran Torres, idk what i have to say bout this guy he is exellent in every way in my opinion. his pace is good, his dribbling , his passing and his shooting.

The reason why i did him was i rlly liked his Future star RW and this card is much better + he has a good link with cunha. He replaced Chiese instant when i subbed him on, because he is a better dribble and i like that a lot. I made a video about i'm on my yt channel (its dutch and low quality)

this is my first review and i hope its okay

Shooting: So good, scores some bangers

dribbling: its fine i don't feel dribbling at all

Physical: stamina is good and strength could be better

He's cheap and has some decent links, and he's good as well

nothing actually maybe except for the Physicality but probably the worst thing about him, but it's not bad