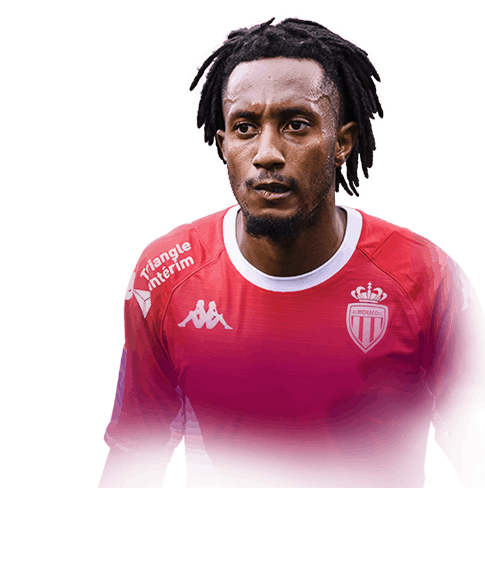 Gelson Martins's FUTTIES card is rated 96, he is 173cm | 5'8" tall, right-footed Portugal midfielder (RM) that plays for AS Monaco in Ligue 1 with High/High work rates. His average user review rating is 5.0 out of 5 . He has 4-star weak foot and 5-star skill moves, giving him the ability to perform every skill move in the game. He does not have a real face in-game. Gelson Martins has 4 special cards with ratings between 78 and 96. He was born on 11-05-1995 and he is now 27 years old.

I used this card in 8 games of elite division and scored 10 goals and assisted 5. This card is absolutely brilliant, a must do for anyone playing the game even if you do not plan on using him. His shooting is amazing with a marksman, he will almost always score when he has a chance in the box. Outside the box, his finesse shots are superb and his long shots are also insane. His left foot being a 4 star is slightly noticeable when shooting sometimes. He almost always buries close range with his left foot but when it comes to shooting from outside the box, the right foot is noticeably better. The dribbling on this card is top 8 in this game, the agility and responsiveness combined with the 5 star skills and how quick the skill moves come off makes this card an elite dribbler and one of the best in the game. The passing on this card is great, his crosses are always good, his through balls are perfect, and his long passing does feels more like 90. Pace is obviously insane on this card, he will outpace most defenders and is one of the fastest cards in the game. Defensively, this card is surprisingly good. You could definitely use him as an attacking midfielder if you chose to do so. His physicality is good. His strength is good but he will still get pushed off the ball by larger defenders in some cases, his stamina is great, his jumping is amazing and he will press and win the ball very well up front, in the CAM position, on the wings, or in the midfield. His links are good, he is Portugese and that enables him to link with the likes of Ronaldo, Ruben Dias, Leao, Cancelo, and many more. Ligue 1 is great having players like Messi, Neymar, Mbappe, and Atal. The standout link on this card is Ben Yedder, those 2 players up top will dominate any backline and score plenty of goals. If Ben Yedder is in your lineup, pair him up with Gelson Martins and your duo up front will be elite.