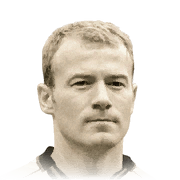 -
Sub out
Upcoming Matches
P. Chemistry
Squad chemistry
ST
85
RW
80
LW
80
CF
82
RF
82
LF
82
CAM
79
CM
76
RM
79
LM
79
CDM
67
CB
66
LB
67
LWB
68
RB
67
RWB
68
Reset
Basic
Sniper
Finisher
Deadeye
Marksman
Hawk
Artist
Architect
Powerhouse
Maestro
Engine
Sentinel
Guardian
Gladiator
Backbone
Anchor
Hunter
Catalyst
Shadow
Comments
Reviews
0
/600
Click here to verify your account in order to comment Update my avatar Dos and don'ts
Top Rated
New
Controversial
Show comments
Top Reviews
Only logged in users can submit a review
A review must be written in English
At least 200 characters are required.
Compare this player to other similar players you have used(optional).
If you import your club to FUTBIN or send us an image with the player data(fill the form below) your review will be marked as verified.
Include what you liked about the player in the pros area and what you disliked about the player in the cons area.
Your review will be manually checked during the next 24 hours.
Chem Style Used
Formations
Position
Rate Player Base Stats (1-10)
Pace
5
Shooting
5
Passing
5
Dribbling
5
Defending
5
Physicality
5
Most Used In:
Submit Review

Welcome Challenger... You want to try a card that is the definition of 'non-meta'. In today's challenge, I present to you... BASE ALAN SHEARER 87.

Let me start of by saying that this card is not for the faint hearted. Alan has Med / Med Work rates, 76 pace and 76 dribbling. In a game that is geared towards more agile, faster players, you will be presented with one hell of a reality check. My one piece of advice? 2 touch max. anymore than 3 touches and your opponent will be pressuring you with ease. Couple that with his appalling dribbling and 2 star skill moves... well, you can see where this is going.

Shooting - 90 finishing, 88 shot power and 87 volleys. Ooooh this makes makes for some mighty fine goals. I even scored a semi-overhead kick in my youtube review!

Positioning - 91 positioning makes me very happy. My playstyle consists of fast breaks and heavy possession. (I know, you probably hate playing me) But when I play possession heavy, Alan does a great job of finding space. He is more often than not, able to find great space to move into, allowing you to driven pass into him and hopefully get a goal scoring opportunity.

Composure - 89 composure. 2 Defenders behind Shearer, no issue. He'll still blast a cracking shot that will test any keeper.

Strength - If you hold LT or L2, you can hold most defenders off for a fair amount of time. If you enjoyed using Haaland or Lukaku, you'll enjoy this type of hold up play with Shearer.

Pace - This probably goes without saying, he has 76 pace, he isn't rapid.

Agility and Balance - Grrr... turning with Shearer feels like a death sentence. If a defender stands you up, 1 on 1, for the love of God... pass it. Don't agile or Left stick dribble with him. I learnt this the hard way. And yes, I did use a hunter because there was no saving those stats :') (69+69 lol)

2 Star Skills - I enjoy skill moves. I'm not blind to the truth that this year, they aren't as effective as they once were. However, simple skills like body feints feel like death sentences.

3 Star Weak Foot - 3 star weak foot normally isn't too much of an issue. Yes it's not perfect but it's not the end of the world. But Shearer's left foot is cursed. Wanna short pass with his left? Lol, you possession % trembles in fear.

Med / Med Work Rates - Alan will find space, just not in behind the defenders. No runs whatsoever. If you play a get in behind style of game, Alan isn't for you.

Long Passing - he has 61 long passing. I know I shouldn't be attempting long passes with most strikers but i honestly felt like long passing with Shearer was set to manual. Many throw ins were conceded...

If you want to see him in action, feel free to check out my review on YouTube! Thank you for reading and may the pack Gods be forever in your favour ;)