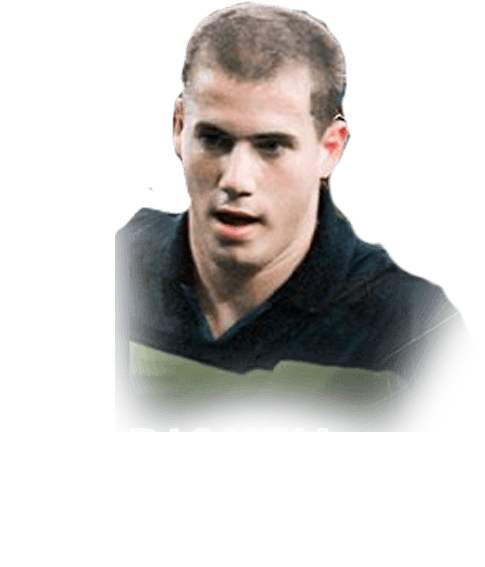 -
Sub out
Upcoming Matches
P. Chemistry
Squad chemistry
ST
83
RW
83
LW
83
CF
84
RF
84
LF
84
CAM
84
CM
80
RM
83
LM
83
CDM
69
CB
64
LB
70
LWB
72
RB
70
RWB
72
Reset
Basic
Sniper
Finisher
Deadeye
Marksman
Hawk
Artist
Architect
Powerhouse
Maestro
Engine
Sentinel
Guardian
Gladiator
Backbone
Anchor
Hunter
Catalyst
Shadow
Comments
Reviews
0
/600
Click here to verify your account in order to comment Update my avatar Dos and don'ts
Top Rated
New
Controversial
Show comments
Top Reviews
Only logged in users can submit a review
A review must be written in English
At least 200 characters are required.
Compare this player to other similar players you have used(optional).
If you import your club to FUTBIN or send us an image with the player data(fill the form below) your review will be marked as verified.
Include what you liked about the player in the pros area and what you disliked about the player in the cons area.
Your review will be manually checked during the next 24 hours.
Chem Style Used
Formations
Position
Rate Player Base Stats (1-10)
Pace
5
Shooting
5
Passing
5
Dribbling
5
Defending
5
Physicality
5
Most Used In:
Submit Review

I had some coins left and i thought i test one of the new Heroes. Ricken was the cheapest and i just got him. He made 16 goals and 11 assist in 16 Games which 9 Games of them were in Weekend League Playoffs.

His Longshots are amazing and his passing is great.

First of all, I am a big Borussia Dortmund Fan so I had to get this card because this guy scored a wondergoal to win Dortmund the only Champions League in club history. So I bought him for 100k which obviously is way too expensive like almost every other Hero as well. He is much cheaper now so if you want to play him, just get him.

Now let´s get to the card: Ricken is an attacking allrounder with good balanced attacking stats. I played him as CAM in a 4-3-3 (4) Midfield with an Engine chem style and oh my god this card is underrated! He feels so fast and agile, his dribbling is very good,his passing is great and he can also score goals . He also got the chip shot trait which is deeeceeeent if you are a good player and know when to do it.

You can also play him striker if you want but i think he is a perfect CAM, depends on the formation you want to play. Ricken is absolutely worth the coins and is one of the most underrated cards in the game in my opinion. So if you missed the Fekir SBC and can´t afford Bernardo Silva SBC and still miss a good CAM in your squad, then you should try him.

first of all, i apologize for the background colour and stuff, I didn't get how you write normally in here.

Second, the only reason why I played him is bc I was one of the lucky ones who got him out of the hero sbc (same as probably everyone else who is reading this). I did it a months or more ago and put my whole club in it back then so it would be even more of a waste if i didn't even play him.

So now my review:

As you can see in the title, I have no clue how anyone can actually say he's any good. he's just below average in like everything he does. I mostly played him in the CAM position, the only position where it makes sense to play him. apart from bench or transfer list ofc. anyways, as you can see on his stats he's not great on anything. average pace for a cam, not very good dribbling and passing either, not very agile. even with a hawk or hunter he doesn't seem to be real quick, maybe slightly above average. the only thing i cant complain about is his shooting, which is quite solid. 4* weak foot makes it easier to shoot with him too ofc.

his stamina is dreadful, he has to be subbed of after 60/70 mins. his heading isn't good either, but that's not that important IMO.

the only reason why his value for money is good is bc he's 14k rn. tho, most of us got him for way more out of the hero sbc anyways.

shooting, inside the box he will score most good chances

3*sm (not that big of a disadvantage tbf)

heading (not big either)