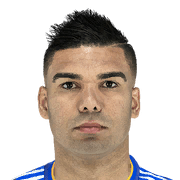 -
Sub out
Upcoming Matches
P. Chemistry
Squad chemistry
ST
76
RW
72
LW
72
CF
76
RF
76
LF
76
CAM
76
CM
82
RM
74
LM
74
CDM
86
CB
86
LB
81
LWB
80
RB
81
RWB
80
Reset
Basic
Sniper
Finisher
Deadeye
Marksman
Hawk
Artist
Architect
Powerhouse
Maestro
Engine
Sentinel
Guardian
Gladiator
Backbone
Anchor
Hunter
Catalyst
Shadow
Comments
Reviews
0
/600
Click here to verify your account in order to comment Update my avatar Dos and don'ts
Top Rated
New
Controversial
Show comments
Top Reviews
Only logged in users can submit a review
A review must be written in English
At least 200 characters are required.
Compare this player to other similar players you have used(optional).
If you import your club to FUTBIN or send us an image with the player data(fill the form below) your review will be marked as verified.
Include what you liked about the player in the pros area and what you disliked about the player in the cons area.
Your review will be manually checked during the next 24 hours.
Chem Style Used
Formations
Position
Rate Player Base Stats (1-10)
Pace
5
Shooting
5
Passing
5
Dribbling
5
Defending
5
Physicality
5
Most Used In:
Submit Review

While not being the fastest, it was the only player that give me the possibility to play with the CDM between defenders while attacking. I've tried Kondogbia, Merino, Delaney. The lack of speed is hided by is positioning so if you need a player just to destroy the plays from the other team, give it a try.

So I packed this Casemiro card from marquee matchups and he fitted my team well so I decided to try him out. I was a little concerned with his stockiness and also a little concerned with his pace in the centre of midfield but his 90 physicals and 86 defending made him look very appealing as a CB in game. I used an engine chem style on him to boost his pace up to 70 and to touch on his agility and balance and also a little on his dribbling and ball movement from the heart of my defense. My initial plan was to try him out, and then assuming he wasn't going to be anything special, holding on to him so that I could either use him as fodder or onsell him for a nice bit of profit when the price of fodder finally spikes. However, I've played about 40 games with him at CB in Div 5/4 and he has been a very pleasant surprise. With his stocky body type and 90 strength he absolutely demolishes those shorter and faster players and with 88 tackling his timing is impeccable and he's really dug me out of a deep hole several times. Despite only having 65 acceleration and 74 sprint speed (with an engine) he still is just fast enough to keep up with wingers and prevent them from cutting inside when he is defending from just behind the halfway line. His passing is naturally very good for a CB and his dribbling is also good and he on occasion has taken the ball a fair way up the field and even gone all the way to score as he has 81 long shots and 88 shot power respectively. Off corners he and Karim Benzema are always threats and he is overall an absolute beast with 89 stamina as well and I expect for him to be in my lineup for a long time to come.