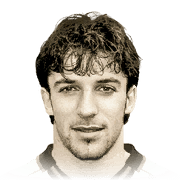 -
Sub out
Upcoming Matches
P. Chemistry
Squad chemistry
ST
84
RW
88
LW
88
CF
87
RF
87
LF
87
CAM
87
CM
81
RM
87
LM
87
CDM
64
CB
53
LB
64
LWB
68
RB
64
RWB
68
Reset
Basic
Sniper
Finisher
Deadeye
Marksman
Hawk
Artist
Architect
Powerhouse
Maestro
Engine
Sentinel
Guardian
Gladiator
Backbone
Anchor
Hunter
Catalyst
Shadow
Comments
Reviews
0
/600
Click here to verify your account in order to comment Update my avatar Dos and don'ts
Top Rated
New
Controversial
Show comments
Top Reviews
Only logged in users can submit a review
A review must be written in English
At least 200 characters are required.
Compare this player to other similar players you have used(optional).
If you import your club to FUTBIN or send us an image with the player data(fill the form below) your review will be marked as verified.
Include what you liked about the player in the pros area and what you disliked about the player in the cons area.
Your review will be manually checked during the next 24 hours.
Chem Style Used
Formations
Position
Rate Player Base Stats (1-10)
Pace
5
Shooting
5
Passing
5
Dribbling
5
Defending
5
Physicality
5
Most Used In:
Submit Review

After using RB Arnautovic for few weeks, I felt that I needed a 5* weakfoot card upgrade to fit into my Serie A team. Since there were not much decent 5* WF Serie A cards, I ventured into ICON territory. I looked up at ICON Baby Version of Del Piero, so I thought alright why not give him a try, never got to use his card in past fifas anyways so it felt like a fresh brand new player to me.

And oh boy, what an Italian goalscoring monster he is. I play in a narrow 4-3-2-1 formation with him being the sole ST and he’s perfect for the role.

I slapped a Hunter on him to maximise his finishing and pace as he has that Speed Dribbler trait. Despite not having the Finesse Shot trait, I’m not gonna lie, he still scores finesse goals. Left foot right foot finesses is a thing of beauty when using him. IMO, One advantage regarding this Baby Piero is him having the Flair trait because it works so well when you’re trying to do those fancy one time shots, he’d mostly put it back into the net. Agility wise, as I’m using him as my main poacher, i can’t say much because I don’t over-dribble him alot. Mainly a few left stick dribbles and he response quite well to it because i lay the finishing shot.

32 Games. 50 Goals. 31 Assists (He gets this much assists despite being my ST because of shots rebounded after a save lmao)

A negative thing about this card? Strength and Aeriel Threat. He’s a player you would want the ball to be on the ground alot. Because that is where the magic happens on this monster. Definitely going to keep him until comes a point where this card cant compete with endgame cards. But for now, I love him, no homo.

My first review on futbin. But it had to be done. Packed this guy in base or mid icon pack and i was amazed. He can score from anywhere with both foot thanks to is 5 star week foot. He's fast and agile. You can drible without even using skills. He is very weak tho, so don't expect him to win confronts against other players. english is not my main language so don't roast my spelling.

Physical (in general besides stamina)

Balance (sometimes may be a little too less in that department)

(first ever review) So when the first ICON SBC was released i packed him. Now with the game only been out a couple months at the time i was clearly over the moon! over 150 games later and wow he is a game changer! his movement on and off the ball is unreal his footwork in and out the box is top class and his long range finesse shot is stupidly good. he sits in middle CAM in a 4-2-3-1 formation atm and i dont plan on taking him out any time soon. If you are someone who is thinking about investing 500-600k on a icon (i know his price will change) i cant suggest big del enough.

Now his heading can be a let down specially with some of the CB the game has out at the moment so when it comes to corners he is more than able to be your man swinging the ball in from the corner flag. his 4 star skill moves are something that makes using him even more magic! if you are a player who has a few tricks up your sleeve he is someone who is going to annoy a few of your opponents for sure, his 5 star week foot gives you the confidence that when on goal and in a for sure a goal situation he will smack chip finesse that ball right past the keep with either foot.

I have been playing fifa since fifa 03 and FUT since early fifa 13 over the years ive used some class players the game has to offer in the first 3/4 months of each FUT since starting and in terms of icons for a baby icon he has to be for me the best card ive used before TOTY in a long time. really hope this review if read can give some insight in what to expect from this card.

Heading would be my only weak point.