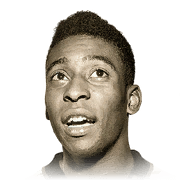 -
Sub out
Upcoming Matches
P. Chemistry
Squad chemistry
ST
89
RW
91
LW
91
CF
91
RF
91
LF
91
CAM
91
CM
86
RM
91
LM
91
CDM
72
CB
63
LB
72
LWB
75
RB
72
RWB
75
Reset
Basic
Sniper
Finisher
Deadeye
Marksman
Hawk
Artist
Architect
Powerhouse
Maestro
Engine
Sentinel
Guardian
Gladiator
Backbone
Anchor
Hunter
Catalyst
Shadow
Comments
Reviews
0
/600
Click here to verify your account in order to comment Update my avatar Dos and don'ts
Top Rated
New
Controversial
Show comments
Top Reviews
Only logged in users can submit a review
A review must be written in English
At least 200 characters are required.
Compare this player to other similar players you have used(optional).
If you import your club to FUTBIN or send us an image with the player data(fill the form below) your review will be marked as verified.
Include what you liked about the player in the pros area and what you disliked about the player in the cons area.
Your review will be manually checked during the next 24 hours.
Chem Style Used
Formations
Position
Rate Player Base Stats (1-10)
Pace
5
Shooting
5
Passing
5
Dribbling
5
Defending
5
Physicality
5
Most Used In:
Submit Review

Due to some time consuming trading and a lucky totw Pack in totw 8, I was able to pick up Pele as my main striker for the WL during the totw9.

I tried him on getting in behind and also standard attacking.

Next to Messi and Neymar and after the WL also Puskas mid.

Pele stood out as expeted. Especially in tight spaces and breakthroughs. Elasticos, ballroll-scoobturns and all the other skills are executed perfectly. He feels extremely agile and fast. This makes him hugely meta as expeceted.

On the other hand I realised that his shooting was a little bit off sometimes. I already tried out Eto'o and Puskas and just feel like they are that extra 1% more clinical.

This does not make him a bad finisher. With 89 shooting he is still finishing nearly everything. Especially long shots and finesse shots are nearly impossible to miss.

I just feel like, that he could be a bit more clinical inside the box.

All in all Pele is still surely the best card I used this Fifa. Thats why he comes with such a heavy but also justified pricetag.