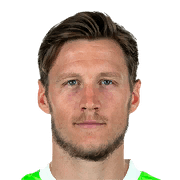 0
Sub out
Upcoming Matches
P. Chemistry
Squad chemistry
ST
82
RW
72
LW
72
CF
77
RF
77
LF
77
CAM
73
CM
70
RM
70
LM
70
CDM
63
CB
64
LB
58
LWB
59
RB
58
RWB
59
Reset
Basic
Sniper
Finisher
Deadeye
Marksman
Hawk
Artist
Architect
Powerhouse
Maestro
Engine
Sentinel
Guardian
Gladiator
Backbone
Anchor
Hunter
Catalyst
Shadow
Comments
Reviews
0
/600
Click here to verify your account in order to comment Update my avatar Dos and don'ts
Top Rated
New
Controversial
Show comments
Top Reviews
Only logged in users can submit a review
A review must be written in English
At least 200 characters are required.
Compare this player to other similar players you have used(optional).
If you import your club to FUTBIN or send us an image with the player data(fill the form below) your review will be marked as verified.
Include what you liked about the player in the pros area and what you disliked about the player in the cons area.
Your review will be manually checked during the next 24 hours.
Chem Style Used
Formations
Position
Rate Player Base Stats (1-10)
Pace
5
Shooting
5
Passing
5
Dribbling
5
Defending
5
Physicality
5
Most Used In:
Submit Review

5.0
Return of the King
3 users liked this review

I was confused when I saw a white Dwight Howard on the receiving end of a corner. My next thought was maybe Reus had climbed on top of Reyna's shoulders. enter Mr. Weghorst. This pipe laying SOB is sure to have you in good spirits as you slot your third corner goal of the game. Or when you slip one back post off a first touch shot with 87 finishing & 83 volleys.

After having my heart ripped out when we didnt get a Wout TOTS or futtie, I was expecting to have to wait for a few informs to be able to use the big lad... WELL, I was mistaken. With the physicality of the new engine, Wout is the top 9 we all need.

P.S. Try timing shots if youd like to launch a missile at the top corner.

In this Fifa my big goal is to play my favorite team Wolfsburg. I was realy excited for Arnold, Schlager or Waldschmidt with Sniper and his long shot potential. But the most important card should be Weghorst. And what should i say, i cant be more happy. Surely Fifa robbed him of a card he diserved and not a 83 nonrare with pace downgrade. But at least in this pacth the apce isnt that important.

First of all to the important stats on him. Shooting and Heading. If you get a good angle to shoot he will score. He wont have the problem that the strong goalkeepers atm safe his shots. But yea, there is no wow effect. He doesnt score from strange angles or outside the box. His volleys are good but i think volleys at all are not meta atm. Important is that im able to score an insane amount of goals with him. Straight up in the first online match 3 goals. And Corners are perfect. Its not the same like the Inform from last year but my first 2 Corners online resulted into two goals. If you position right and he can get the ball before the defender he will score it. Crosses are kinda tricky because this year players want at any price to take the ball volley. But if he heads a cross he scores safely. Even some low ground flying headers.

Now to the two things that people think would be a problem. His pace and his 2 star skills. To his pace i can just say, it doenst feel like 63. BTW in my opinion his acceleration should be higher than his sprint speed to be realistic. You will need some games to understand this card in pace wise but after that you will know how to use it. He can shield the ball perfectly and when you turn and sprint his boost is enough to get past defenders. Funny to see when 2 defenders run the wrong way and foul eahc other cause Weghorst movement after shielding the ball is broken. You can also play deadly passes on him and run 10 or 15 meters without losing to much pace to the defenders. He wont be a Lozano ;) His 2 Star skills are not rly a Problem because to be honest it doesnt matter if a Weghorst has 3 or 2 star skills. Its just a shame from ea to downgrade that but you dont paly this card to trick someone.

Lets talk about the problems from last years Inform and how they improved.

I had 2 Problems with the inform from last year. His passes and his balance. Both stats looks even worse on this card but not ingame. His Balance was a problem for me in the first 5 Games. But after that it wasnt a problem at all. Surely he is no Richarlison :) His passes feel so much better this year. SHort passing was never the issue but long passes. I even had Problems with Icon Torres last year. But this year the deadly passes with Weghorst works way better. He wont do the job of a De Bruyne but he wont play every pass to far into goalkeepers arms or to short to opponents defenders.

My only big Problem with this card is his 3 star WK. You have to paly around that. WK feels not like last year in Fifa. Thatsnot only a Problem on Weghorst. But lets say it like this. YOu can be 5 times in front of the Goalkeeper alone and 4 times he will even miss the Goalkeeper and Goal when you shoot with the weaker food.

At all I can say hes pretty good for me cause i need someone who can structure the game, make the goal when hes in the box and is good with crosses and especially with corners.

Volley Meta even tho his volley is strong

Super underrated... for real its a joke EA