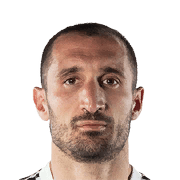 4
Sub out
Upcoming Matches
P. Chemistry
Squad chemistry
ST
57
RW
55
LW
55
CF
55
RF
55
LF
55
CAM
55
CM
62
RM
58
LM
58
CDM
77
CB
85
LB
78
LWB
75
RB
78
RWB
75
Reset
Basic
Sniper
Finisher
Deadeye
Marksman
Hawk
Artist
Architect
Powerhouse
Maestro
Engine
Sentinel
Guardian
Gladiator
Backbone
Anchor
Hunter
Catalyst
Shadow
Comments
Reviews
0
/600
Click here to verify your account in order to comment Update my avatar Dos and don'ts
Top Rated
New
Controversial
Show comments
Top Reviews
Only logged in users can submit a review
A review must be written in English
At least 200 characters are required.
Compare this player to other similar players you have used(optional).
If you import your club to FUTBIN or send us an image with the player data(fill the form below) your review will be marked as verified.
Include what you liked about the player in the pros area and what you disliked about the player in the cons area.
Your review will be manually checked during the next 24 hours.
Chem Style Used
Formations
Position
Rate Player Base Stats (1-10)
Pace
5
Shooting
5
Passing
5
Dribbling
5
Defending
5
Physicality
5
Most Used In:
Submit Review

In previous editions of FIFA, Chiellini's lack of high level pace has hampered him, preventing him from ever being a fixture in top teams on FUT. However, this year is different. The more balanced, slower gameplay places greater emphasis upon the defensive abilities of centre backs. Provided, pace is still a part of the game, so he requires a shadow to be truly effective, but he has shone in a centre back partnership with Diego Carlos, the pair conceding just 14 goals in my first 10 games of Rivals, and featuring 6 clean sheets within that.

Tackling - He wins quite literally every challenge he makes.

Positioning - It is incredibly rare to see players find space in behind him, as he always seems to be in the right place at the right time.

Strength - Regularly wins shoulder to shoulder battles, even against stronger attackers such as Lukaku and Kane.

Price - Even with a Shadow he costs in the region of 7k at the time of writing, an absolute bargain for someone of his quality.

Aerial threat - He has scored 2 goals from corners in 10 games, despite not being my go to attacking threat.

Links - There are many bargains to be had in the Serie A.

Pace - Much less of an issue than in previous games, but he does still require a shadow to get him where he needs to be.

Passing - Absolutely fine if you want to play short passes or a long ball to an open man, but isn't going to make frequent killer balls for you.