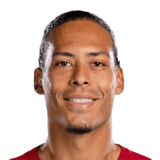 His real-life stats are currently 1 goals and 0 assists in 14 matches in domestic competition. He also received 1 yellow cards and 0 red cards.

This year he is insane. Packed him from advanced sbcs and I can say this year he is the best non icon cb in fifa. With the new pace system he catches up to everybody and tackles so well. He tackles when you dont even press a button. Physical is obviosuly insane and he wins every header. Dribbles and passes really well as well.

I packed this guy in a gold upgrade pack, first I was reluctant to try him because I could not link him but made it work after being upset with my de Ligt and Sule rttk combo. And boy, did he show his difference. He is by far the quickest, strongest and most reliable player I've used. With the corner glitch he currently has 15 goals in 45 games. He bullies and keeps up with Haaland, his technique and passing makes him very reliable. Even going forward he is a machine, don't be afraid to rush with him, he is so quick in a straight line.

His only downside is that there is only one, I have not found a defender to match his positioning and presence, I've tried Varane and IF Gomez but both are not close to VVD.

Definitely the best CB this year, runs, tackles, slides, always on time; great automatic movement and most of the times he will get the ball even if you are not controlling him.

He can play in a 4 defense and even in a 3 defense (if played as the middle defender he will cover the other two amazingly), he's fast and big; when he clinges to the stricker he will get the ball most of the times.

Decent passing and decent headers on the corners.

If you get him don't sell, if you need a reliable CB untill toty get him.