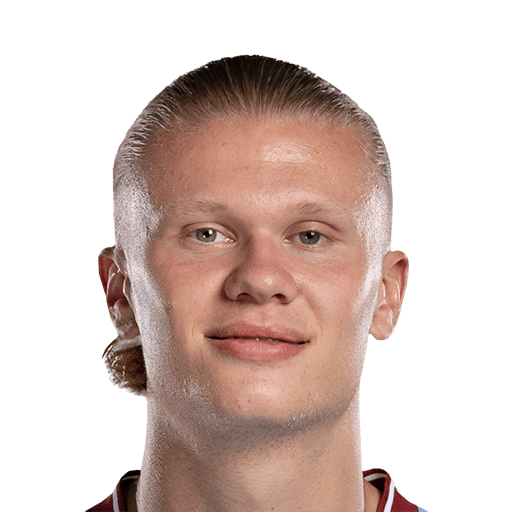 His real-life stats are currently 11 goals and 1 assists in 7 matches in domestic competition. He also received 0 yellow cards and 0 red cards.

I have been struggling with shooting with many of my players but maybe its just the ridiculous standards set by Erling. If you get him on the ball on balance and shoot it is automatically a goal even from ridiculous angles. I would say that I struggled a bit with the attacking ai so far this game but when Haaland first gets the ball and shoots it will always be a goal. Could have had a hat trick each game with him but sadly he made too many quit. Was so good helping me on my way to div 8 that I had to write this review on him.

Pace ( Was surprisingly fast when the trough balls came, and always beat his man)

Skill moves(Only 3* but I think fakeshotting with him in the box was effective.)

Weak foot( Wasn't too noticeable but some shots with his right weren't as good.)

Defending( A striker but honestly, often won the ball high up on the pitch)