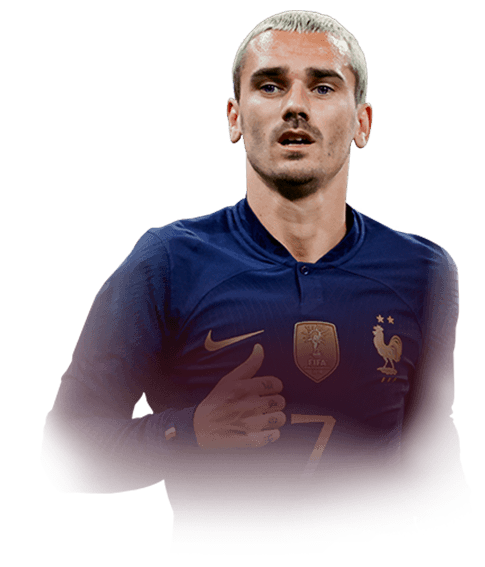 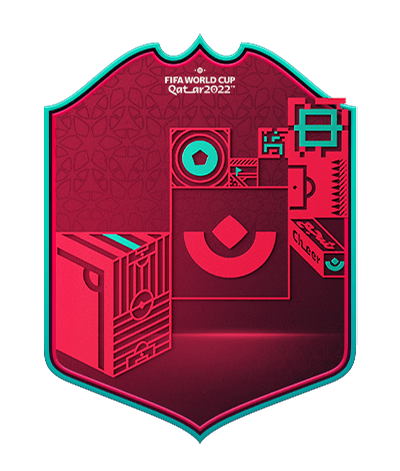 Antoine Griezmann's WORLD CUP PTG card is rated 89, he is 176cm | 5'9" tall, left-footed France striker (ST) that plays for Atlético de Madrid in LaLiga Santander with Med/Med work rates. His average user review rating is 4.8 out of 5 . He has 5-star weak foot and 5-star skill moves, giving him the ability to perform every skill move in the game. He does not have a real face in-game. He has been used in 3,740,855 games with a GPG (goals per game) of 0.629. Antoine Griezmann has 4 special cards with ratings between 83 and 89. The best chemistry style for him is HUNTER. He was born on 21-03-1991 and he is now 31 years old.

His real-life stats are currently 6 goals and 6 assists in 19 matches in domestic competition. He also received 0 yellow cards and 0 red cards.

I packed the French destroyer in a pack received from an SBC, and was gutted I packed him. Griezmann was always one of my favourite players so I was very excited to try him out.

I have put him , with a chem.style Hunter, up front on a 5-2-1-2 formation, with C. Ronaldo or Haaland as his buddy up front. I have to say this card is amazing.

His pace feels so much more faster then his card says. That goes the same with his dribbeling and shooting. I love to make 1-2's up front, and tear defences apart with Griezmann. Not only can he score goals himself, he is also very good to just pass the ball to his fellow striker(s) in the box. I have tried all kinds of shots, headers, bicycle kicks, and he can do it all ! This is by far the best striker I have played this FIFA so far. When you go 1 on 1 with the keeper, its always a goal. He never seems to miss with me. The outside of the foot shots are amazing too. This fella brought back joy in my FUT this year, was getting a bit bored, until now!

is not the strongest player, but agile enough to dribble around standing tackles thoo.

What can I say about this player?

Imagine (with hunter) a card with 99 positioning, 97 finishing, 93 shooting power, 88 long shots, 97 agility, 92 ball control, 91 dribbling, 90 balance, 92 curve, plus fantastic passing in all his ranges. Add to that 5 skills and 5 weak foot, all the shooting traits and good animations...

What have you got?

A Neymar on steroids capable of shining on the pitch in any attacking position, for a fraction of the price of what the Brazilian would cost.

Now, how to use him? For my team, his best position is ST with "Dropping back to defend" instructions, within a 2 striker formation. This way you can easily find him in the CAM, CF or ST positions indistinctly and take advantage of his wonderful passing and no-nonsense shooting.

Close your eyes, and press the pass with any midfielders, and Griezmann will receive the ball, dodge opponents and deposit the ball in the back of the net, or assist the unmarked teammate for him to do it.

To give you an idea, Griezmann offers me better numbers than Jairzinho 90 by far. His dribbling is better, his shooting is similar, and his passing is better.

Why is he so cheap? Because of his pace. His positioning is the best I've seen this year, his speed on the ball with the explosive trait is incredible, and maybe you can't get away from your opponents at speed easily, but who needs to run with Neymar even if he really runs a lot?

With this card I've got 3 goals and 4 assists in a single FChamps game, or several times 5 goals, and on average he's involved in 2 goals per FChamps game for me.

For comparison, he feels in-game like an average Cruyff or a TIF Neymar, but with more defence.

It should be cheating to use him.

PD I will say you 2 words for ending: Corner and Bicycle. If you catch how he needs the ball and what number of attackers is better, you will score with Grizzy half corners you have. 6 in 10 FChamps matches this morning. And yes. stats are trusted.

Pace is not brilliant, but nice. But who needs that thing with this player?

I've played 257 games with this card in Div 1/ Elite, and I've got a good feel for what he is all about, how to use him, and so on. Just to begin with: He is amazing. But I want to start talking about his weaknesses. First of all, you want to play him in a two-striker formation, or as a CAM. The reason is his lack of pace. Even if he gets 94/95 with a hunter, you can really feel the difference using him and someone like Mbappe. Hopefully, this will be fixed in upcoming upgrades, and that he will get some pace boosts. France is also predicted to go far in this world cup, which obviously is why he is this high-priced. Another big letdown is his 3* WF. He misses a lot with that right foot, so you better keep it on his left... And as we talk about his left foot...

Oh my god. His lefty is amazing. Probably the best shooting you can get. He misses chances, but everyone does. Even R9 or Mbappe does. His passing is very good, not a KDB pass, but 'ts really close. You can expect him to make the majority of passes. His dribbling is very agile, but what I'm missing is that 5* skills, but as said, he can get that if France go far.

Another thing no one probably talks about is his heading/ aggression. He wins many duels and is very aggressive to take that ball back. 99 Jumping/ 93 accuracy really is visible in-game.

If France makes the final, and he get's 5/5, he will be one of the best cards in the game. Being French, he is easy to link up, and that's why he is so expensive. He has an amazing potential. 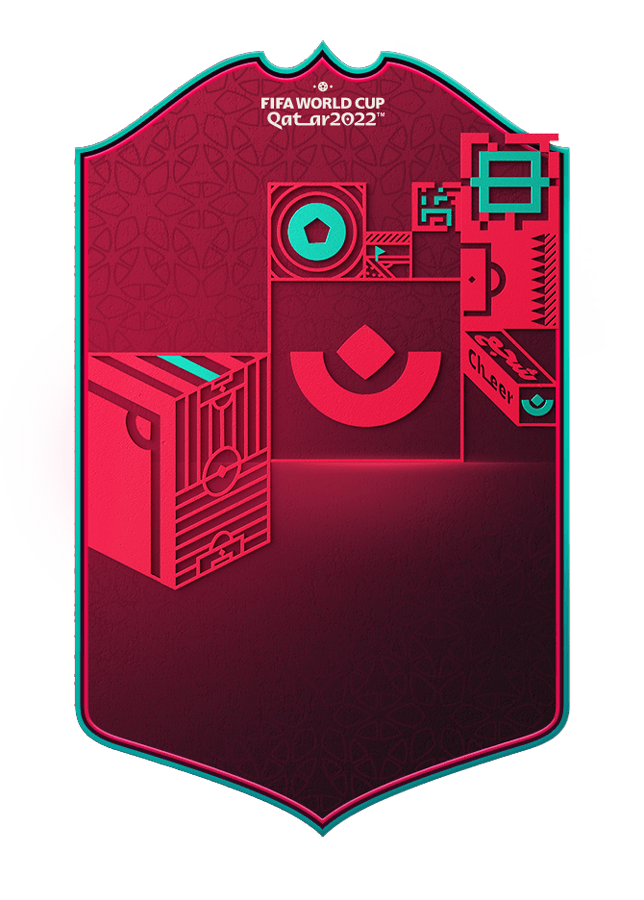