Lockdown.  Without further ado, I give you… my last review of FIFA 20.  At some point, we had to lower the curtain on yet another installment of FIFA, and my 75th review seemed like the right time.  SEVENTY-FIVE REVIEWS! It seems impossible to think but we have looked at a lot of cards, played a ton of matches, and typed an enormous amount of words.  Truth be told I wanted Moments Kane to be my last review and really felt like a 90 pace Kane would be insane.  However, after only finding 3 matches in 2 hours of searching in Div 1 Rivals I just simply did not have the time or energy to get him in.  Which, as a side note is a ridiculous system and yet another example of revamping needed for FIFA 20.  Back on topic … while the Kane debacle was frustrating I did get a chance to review a card I have been meaning to try for some time now in Liverpool legend Prime Moments Sir Kenny Dalglish.  I applied the HAWK chemistry style for the obvious benefits and deployed Dalglish as the right ST in my 4-4-2 formation.  In the end King Kenny reigned supreme all weekend in the following squad: 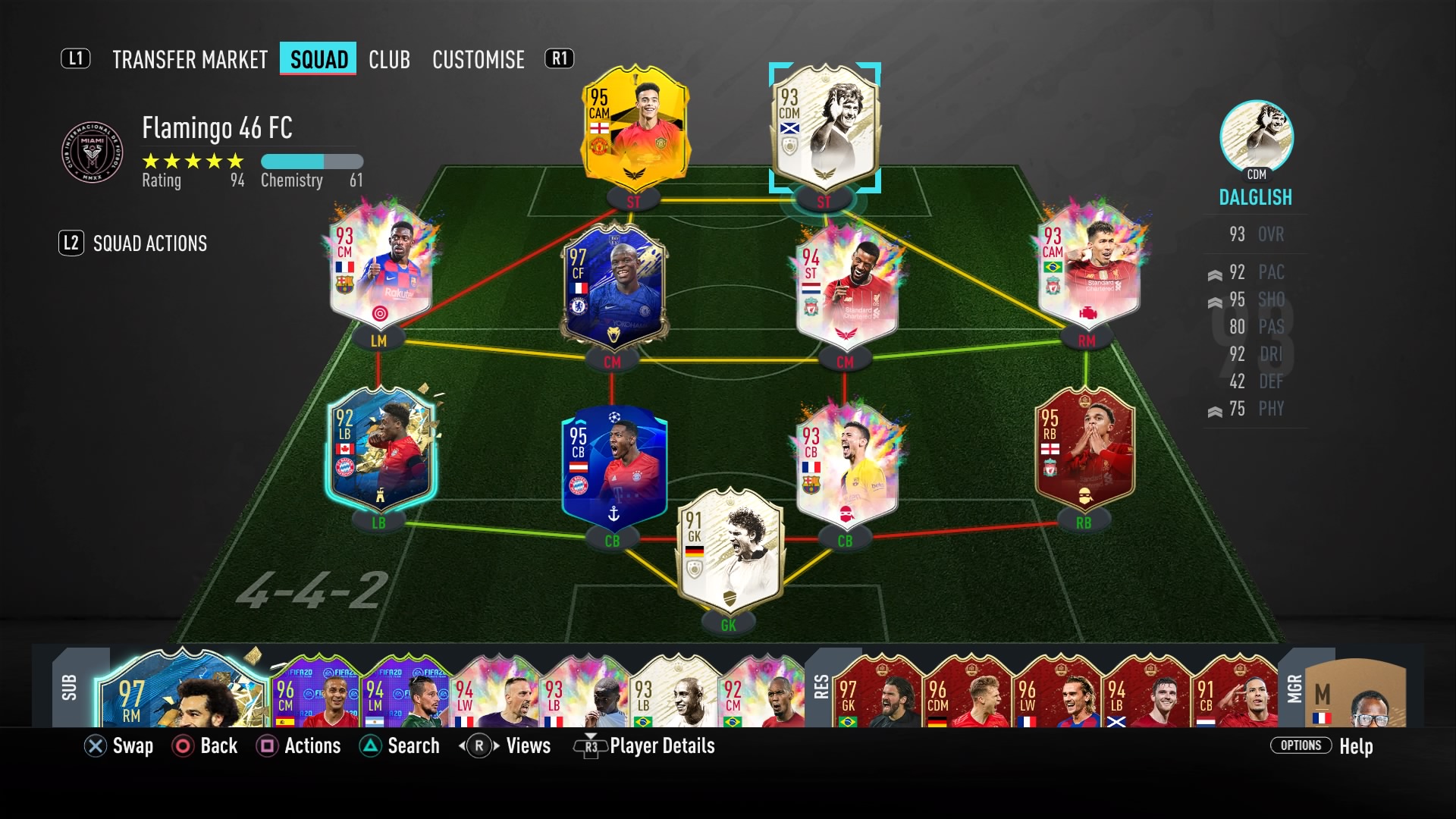 I have not shied away from the fact that RTTF Mason Greenwood has been my favorite card this year in FIFA.  Regrettably, a Man United player but I just can’t get away from the fact that the card is insane and brings me a lot of joy to use.  The key with Greenwood is the goals; Greenwood can hit them from distance, swivel and fire in the box, scores with his right, scores with his left, scores with his head, and apparently scores in Iceland as well.  After kick-starting my Dalglish review alongside Greenwood I was prepared to have the Englishman outscore Kenny; but I was dead wrong.  If anything, the fortunes were reversed as Greenwood often played supplier while Dalglish continued to fill the net.  In the end Kenny bagged 25 goals and 10 assists in 20 matches … eclipsing the 20 goals in 20 matches from Greenwood.  If I am honest I should have had a larger goal total with Dalglish, if not for taking 5 matches to really get the hang of the card and how to use him properly.  First, I was sprinting WAY too much as the card is actually not nearly as pacey as advertised… 99 ACCELERATION is nowhere near that in-game but once you actually get going the 95 SPRINT SPEED feels more accurate.  The key is to avoid those foot races as Dalglish will lose the majority of them… instead, use the ridiculous dribbling to open up space and reap the rewards of the chances you create. 90+ across the board in the dribbling category which results in Dalglish being one of the best cards I have used on the ball in tight spaces.

ICONs write themselves in this category… it truly is nice to throw an ICON into the mix to make everyone gel.  FIFA 20 has not been kind to ICONs in terms of quality, with many underperforming and borderline unusable.  Thankfully Dalglish is not one and I really enjoyed taking this card out for the Weekend League spin.

I want to continue the dribbling conversation as one of the best things about this card on the ball is the strength.  Even when defenders did get close enough to tackle Kenny, as long as the ball was tight to his feet, the shielding and ball protection was impressive and led to some excellent goals.  Again, this took me a few matches to understand… but once I laid off of the sprint trigger it was a whole new game and Dalglish bullied himself to goal after goal in the box.

1.4 million is a lot to pay for any card at this stage in the game.  I do think that Dalglish is worth the coins, but there are just soooo many options to choose from that are 10% of the cost.  However, one area that King Kenny does outshine a lot of other options is in the shooting department.  With the HAWK chemistry applied you are at all 99 rated statistics except for 93 LONG SHOTS.  Even then the long shots with this card are potent with both feet and the 5 STAR WEAK FOOT is about as true of an example as I have used.  One interesting observation came from comparing Greenwood and Dalglish all weekend… as I started to notice that Greenwood hits the ball with crazy velocity and always looks like he is going to rip the net apart as the ball flies into the top bin.  While Dalglish has more of finesse to his shooting and the ball just seems to float out of the keepers reach time and time again.  Both effective, just different ways of going about it.

I have mentioned the pace as an issue and that cannot be denied.  There are certainly ways around it as I have demonstrated (in the video) and spoke about in this review.  However, if you like your strikers with a healthy dose of quickness and pace then I would suggest you steer clear of this card.  Otherwise, he is just about perfect and the passing is no exception.

If it isn’t obvious Dalglish is a killer and truly lives up to the King Kenny title.  I recommend giving him a run out if you want to try a different style of player (yet, still effective) than the pace fueled meta.  In closing, I just wanted to say a few words to all of you reading this final review.  I just wanted to say thank you!  Whether you read all 75… are reading for the first time… interacted in the comments… or followed me on Twitter: @IVIaeNine … again, I just want to say thank you.  The FUTBIN community is one of the best out there; writing these reviews and being a part of it is such an honor.  I also want to thank all of the people at FUTBIN for their help, support and giving me a lot of free rein to make these reviews what I want.  With that, I will announce that they are not sick of me yet and are bringing me back for reviews at the start of FIFA 21, which I am really looking forward to.  Now I will draw a line under this review and sign off for the last time in FIFA 20 … one last time, THANK YOU! Stay safe, stay healthy and I can’t wait to see you all again in a month to continue the grind.  Cheers for reading. 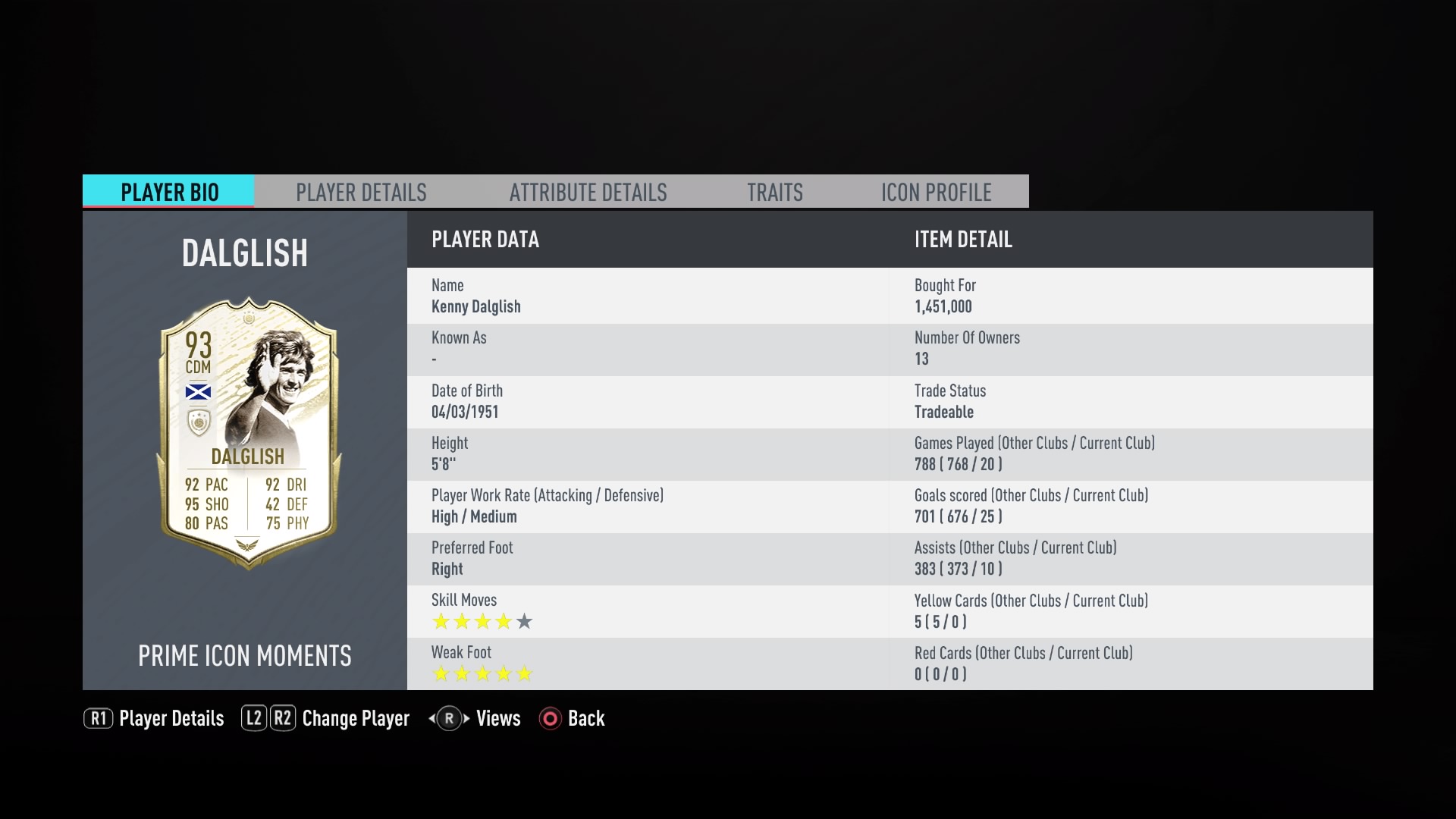 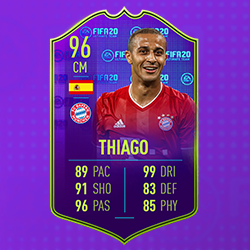