For those who have veered into the deep dark waters of meta tactics and meta players then you will be well versed in this card and what it can produce.  The ‘Rat King’ has been a FIFA Legend forever, to the point that Wissam Ben Yedder himself will tweet after his best performances, referencing the potential for yet another cracked version of his cards.  But FIFA 22 has not been quite the same for Ben Yedder's cards… at least in my experience… true he is still fantastic, but I would not call him broken.  For my sake, I was hoping this narrative would change this weekend and that a broken Ben Yedder could lead me back into the promised land (which for me is a 16 win weekend).  There were easy selections this weekend as the HAWK chemistry style all but picked itself, with the striker position of my 4-2-2-2 literally calling the Frenchman’s name.  I am interested to know in the comments what formations are working for FUT Managers lately? I continue to tinker with my own formations including the player instructions and player styles per position… yet seem to be in a rut and unable to work back to earlier success?  Love to know your thoughts and what is working.  But let’s get back to the review… Ben Yedder was the talisman all weekend long in the following squad: 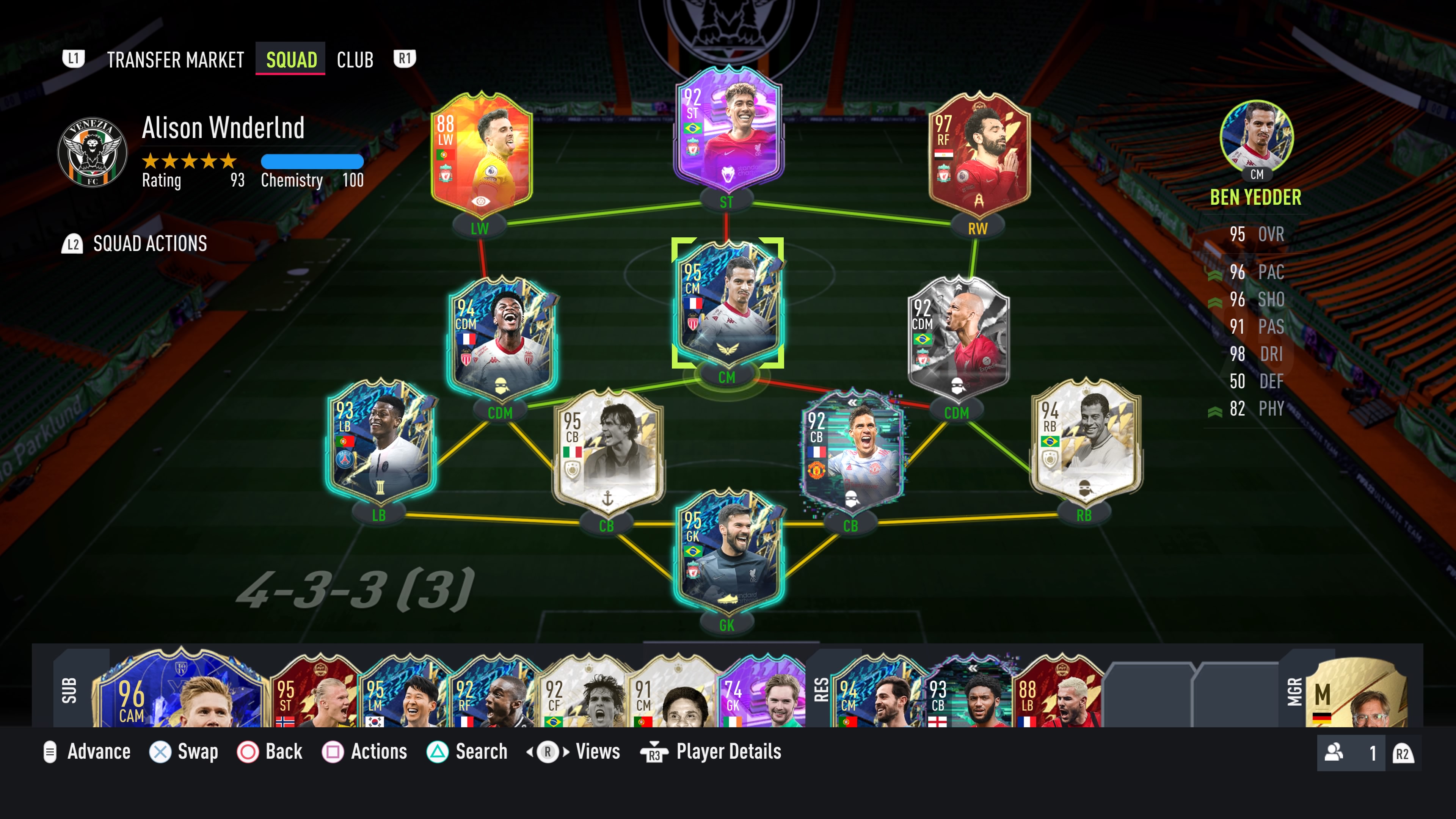 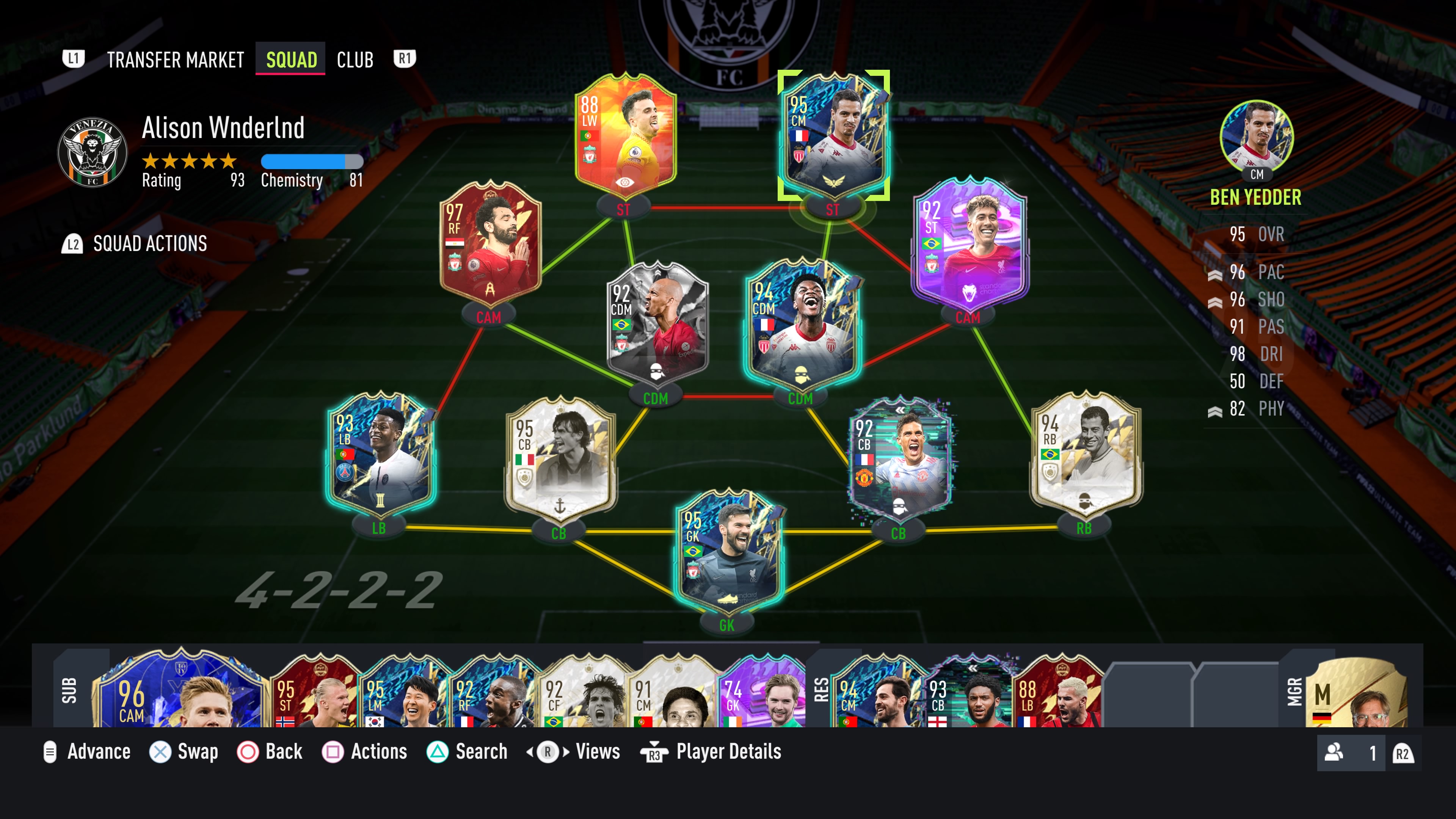 He is well and truly back.  The King has returned.  Although I will say that I was a little disappointed about this weekend and this review as a whole.  I swear there were only three types of players I came up against this weekend:
1) Player A - who quits without giving wins.  Three times I had 0-0 quits and in one case directly before a pen.
2) Player B - who quits down 1-0, either playing Golden Goal (God bless them) or realizing early they will lose anyway and saving time.
3) Player C - who is an absolute demon defensively and only allows one shot on goal all match…in the end all three really messed with the statistics that I felt I could have racked up with Ben Yedder.

What sets this version of Ben Yedder apart from the others I have used is his clinical nature.  In the previous versions of FIFA, I would have called Ben Yedder a lights-out finisher and without fault in front of goal.  In FIFA 22 I have found myself questioning the reliability of Ben Yedder’s finishing statistics, particularly on his left foot.  The TOTS version was seriously faultless and contributed a lot to the Player B description I outlined above.  10 - 15 minutes in and my opponent was already feeling the inevitability of Ben Yedder walking off with the match ball and they were gone.  One reason I like the application of the HAWK is the increase to 96 LONG SHOTS, which really rounds out the weapons at your disposal when operating this card.  The 99 POSITIONING was ‘smart’ and quick to take up quality positions, the 99 FINISHING & 99 SHOT POWER also provided a deadly combination.  It was nice to find another player to rely on in front of goal the way I do many of my favorites during the normal week of gameplay.

It takes about one minute before you realize that you have a serious player on your hands with TOTS Ben Yedder.  The card was literally built to produce everything good in game and the 170cm | 5’7 frame allows you to squeeze every ounce of quality from the near perfect dribbling statistics.  The 99 AGILITY, 99 BALANCE, 98 BALL CONTROL & 98 DRIBBLING all come pre-packaged and create a crazy responsive card.  As a left-stick dribbler, this card was everything you could ask for and had defenders dizzy and spinning as if they had just returned home from a multi-day bender.  Once again it just felt like some of the touches and movements were being aided by the flair trait and having just used Pedri I have been feeling pretty spoiled overall with both cards' brilliance on the ball.

Here is where some might argue, but given the cards that are out there, I am not sure Ben Yedder is worth the 2.3 million coin price tag.  If you just look at statistics alone then there is a debate to be had for sure.  Only TOTS Salah can really outstrip the Frenchman and will only set you back 2 million coins… but with only a 4 STAR WEAK FOOT.  However, if I am spending this level of coins and wanted to truly win more matches I would look in the direction of 93 Gullit or 94 Mbappe… maybe even TOTS Bellingham before I would splash on the Monaco man.

With all that said on his price, Ben Yedder has an undeniable upside that can’t be denied.  I loved the passing which was certainly a result of the 94 VISION & 96 SHORT PASSING, but it is worth noting just how important the dribbling and pace were to create the open spaces to then play those passes.  The mixture of quality across the board is what makes this card so great.  Unfortunately, the only area that simply could not be fixed was the 86 STRENGTH despite the HAWK application and might lead some to even question the use of that style.  However, it was always the SHOT POWER for me… with the added bonus of near perfection in the Pace categories.

I loved the card… and the card performed wonderfully.  The Rat King has returned.  But unfortunately, there is still one broken card that overshadows Ben Yedder… another Frenchman in the form of Kylian Mbappe.  If I had to choose one or the other than 94 IF Mbappe trumps TOTS Ben Yedder for me from a game breaking perspective… and like I said there are others near this price bracket that make the list ahead of the Monaco man.  Despite all of this, still a crazy card with some wild abilities in front of goal and at the very least worth a test drive if you can afford him.  Hoping you are safe and well. Would still love to see some ideas for formations and as always…  Cheers for reading. 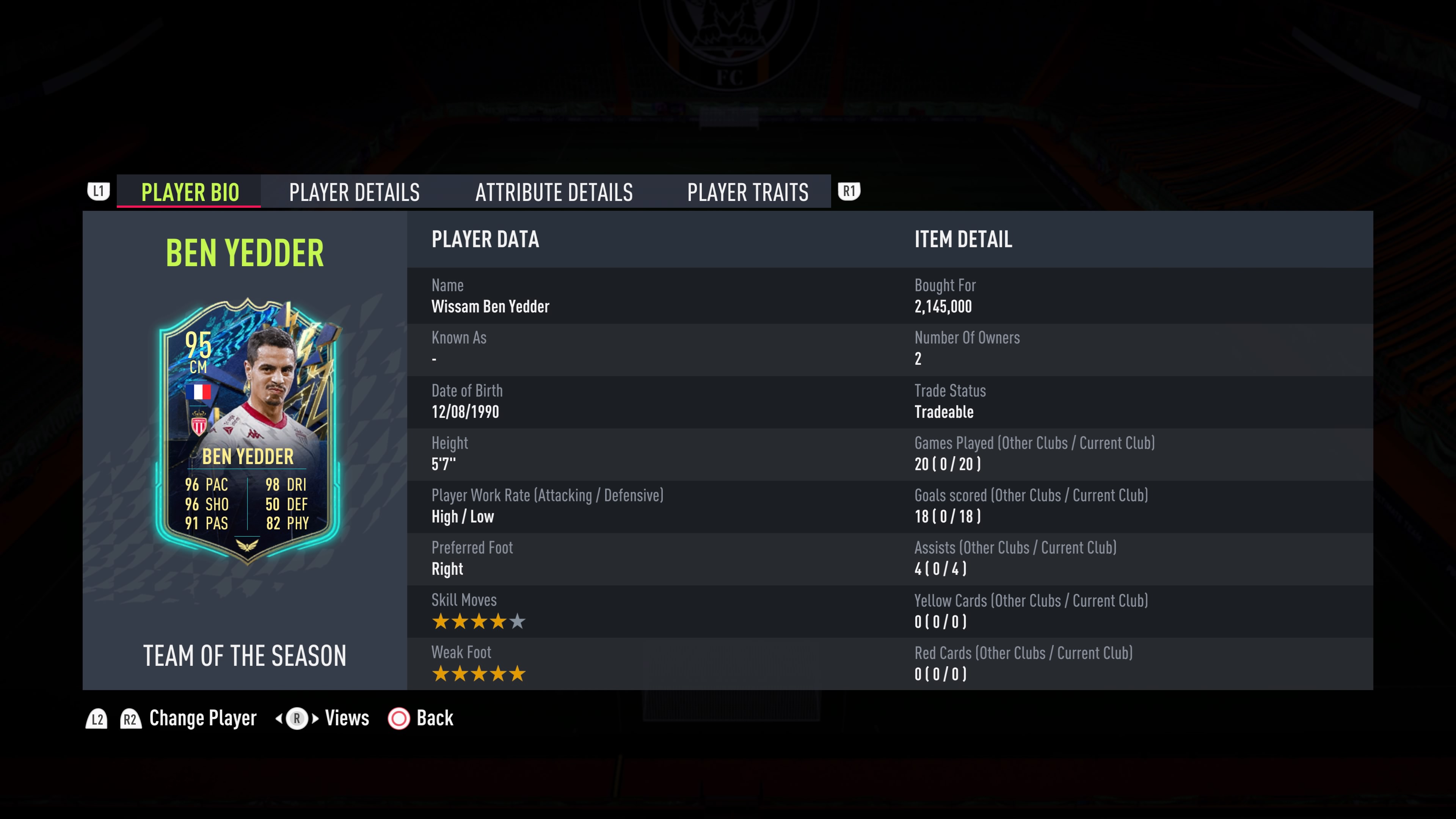 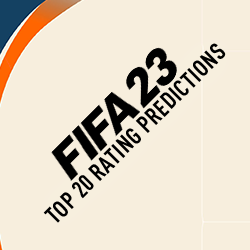 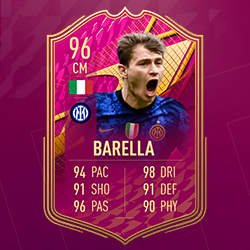 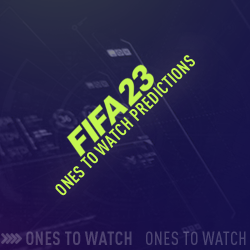 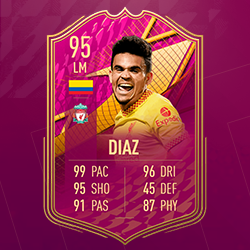 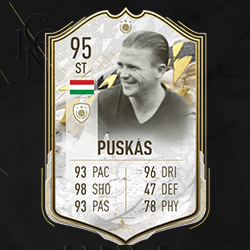