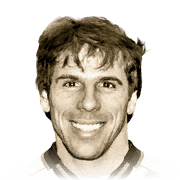 -
Sub out
Upcoming Matches
P. Chemistry
Squad chemistry
ST
86
RW
90
LW
90
CF
90
RF
90
LF
90
CAM
90
CM
83
RM
89
LM
89
CDM
66
CB
54
LB
64
LWB
68
RB
64
RWB
68
Reset
Basic
Sniper
Finisher
Deadeye
Marksman
Hawk
Artist
Architect
Powerhouse
Maestro
Engine
Sentinel
Guardian
Gladiator
Backbone
Anchor
Hunter
Catalyst
Shadow
Comments
Reviews
0
/600
Click here to verify your account in order to comment Update my avatar Dos and don'ts
Top Rated
New
Controversial
Show comments
Top Reviews
Only logged in users can submit a review
A review must be written in English
At least 200 characters are required.
Compare this player to other similar players you have used(optional).
If you import your club to FUTBIN or send us an image with the player data(fill the form below) your review will be marked as verified.
Include what you liked about the player in the pros area and what you disliked about the player in the cons area.
Your review will be manually checked during the next 24 hours.
Chem Style Used
Formations
Position
Rate Player Base Stats (1-10)
Pace
5
Shooting
5
Passing
5
Dribbling
5
Defending
5
Physicality
5
Most Used In:
Submit Review

I completed the Zola SBC with the small amount of fodder left in my club for around 250k. He is around 550k on the market at the time of writing so I got him for half price and he is more than worth it.

I am an Elite level player whom favours possession based football slowly breaking down the opposition defence. If you are a player who plays more attacking football then you will most likely find even more success than I did.

Zola is a lethal finisher, however, sometimes in the box while the keeper is charging him, his finishing can be bad at times. This is probably due to his low composure. It isn't a huge issue, he may just miss a few sitters from time to time. Overall though he is fantastic.

Also you may be wondering about the stamina issue. As I said I am more of a possession player so I rarely use him to run down the wings or press opposition players. I prefer him to be in position at all times. Due to this I didn't notice any stamina issue at all.

It is fairly obvious Zola has low strength and bad aerial ability. I didn't use him for this so I won't go into depth on this issue, if you need an aerial presence or physical strength, he isn't for you.

I played Zola as a lone striker in a 4231/433 surrounded by players with excellent passing stats. This ensures that he gets terrific service from any part of the pitch. You may be thinking he is best used as a CAM and I agree, however as I already have players with good passing stats around him, I didn't need him to playmake, just needed him to finish opportunities. I utilised over the top through balls and cutback passes from my wingers as the main playstyle. Zola's finishing with either foot is amazing. His long shots are insane, truly. I have scored a lot of power long shots with him from weird angles. His pace might not be the best but it is highly usable, if he can get a yard on the defender there is little chance they are catching him. The over the top through ball method is my favourite to use. Combining his pace and finishing ability from close and long range. As long as there is a clear shot on goal I am confident most of the time he will score or test the keeper. His aerial ability is irrelevant as he is obviously not that type of player so I never even try to score headers with him. His dribbling is probably the best I've used in the game so far. It's cliche to say this but it really does feel like the ball is glued to his feet. If you enjoy close dribbling in the box with players out maneuvering the opposition defence you will love Zola. I am not a player that uses a lot of skills but the main few I use he pulls them off very well, no issues there. His passing is pinpoint, rarely if ever messes a pass up as long as you direct it correctly etc. of course. Sometimes I use him as more of a False-9 to bring my wingers into play more and he fits that role perfectly also. His vision and short/long passing are another excellent asset you can use to help breakdown the opposition defence. Shooting or passing, Zola is tremendously good.

-Versatility (able to play as a Striker, winger, False-9 or CAM)

-Stamina (I did not notice any issues)

This card came so close to being perfect. I used him w a hunter in a 4231 wide, because he just is not fit for striker. So, individually:

Pace - He feels like speedy gonzales, if he isnt pushed he makes great runs and in like the only player who noticably outpaved kimpembe

Shooting - Oh my lord, his shooting is actually perfect, I cant stop gushing about how good he is. He can semi easily score from 20-27 yards, if you get lucky you can bang one in from like 35 yards. His traits are so helpful w his stats. His 90 long shots + high shot power + 99 finishing + 4*wf + finesse shot + long shot taker gives you the option to score from everywhere. Edge of the box while sprinting? Check. Shooting from downtown? Check. Obscene angles w finesse, bent around the keeper? Check. Obscene angles from outside the box? Check. ONly gripe i have is he tends to sometime miss easy chances and is sometimes a crossbar merchant. He also makes good runs fyi

Passing - Godly. His passes basically always go through, no matter how bullshit the run is. Longballs, short passes, lobbed passes, crosses, hes got it all. His freekicks are also insane. curve too. Only time i noticed how good passing is on a card.

Dribbling - Here comes the real issue. While yes, he does feel great on the ball, moves very quickly, his touches sometimes feel a little heavy and can be a tad unresponsive at times compared to how fast he moves. Also. HIs composure kinda kills his card. As soon as he faces anyone w 70+ defending, hes already lost the ball. He gets pocketed by everyone way too soon and way too easily. Succeeding w him comes down wether you can play keep away from defenders, and at least he allows that to happen, If you learn how to spin like a 10 sensetivity black ops 2 trickshotter, you should have no problem, mix in a couple skillsm and depending on how good you are, you wont struggle as much. You can kinda humiliate opponents w him if you get used to him.

Physical - Shocking, bets pushed off the ball easily, but as i said w him you need to play keep away, so if you play him like that you want have too big a issue. Also Im playing him cam w all default instruction and i didnt notice any problems w his stamina unless i really tried to abuse his card.

Defending - Cant win anything but what do you expect.

Sidenote - Hes gotten many hattricks, many times he was rated 9+ regardless of wether i won or lost, and has scored wayyyy too many absolutely bullshit shots

Passing is godly too