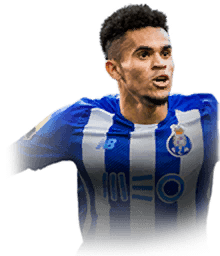 -
Sub out
Upcoming Matches
P. Chemistry
Squad chemistry
ST
81
RW
84
LW
84
CF
83
RF
83
LF
83
CAM
82
CM
75
RM
83
LM
83
CDM
59
CB
50
LB
60
LWB
64
RB
60
RWB
64
Reset
Basic
Sniper
Finisher
Deadeye
Marksman
Hawk
Artist
Architect
Powerhouse
Maestro
Engine
Sentinel
Guardian
Gladiator
Backbone
Anchor
Hunter
Catalyst
Shadow
Comments
Reviews
0
/600
Click here to verify your account in order to comment Update my avatar Dos and don'ts
Top Rated
New
Controversial
Show comments
Top Reviews
Only logged in users can submit a review
A review must be written in English
At least 200 characters are required.
Compare this player to other similar players you have used(optional).
If you import your club to FUTBIN or send us an image with the player data(fill the form below) your review will be marked as verified.
Include what you liked about the player in the pros area and what you disliked about the player in the cons area.
Your review will be manually checked during the next 24 hours.
Chem Style Used
Formations
Position
Rate Player Base Stats (1-10)
Pace
5
Shooting
5
Passing
5
Dribbling
5
Defending
5
Physicality
5
Most Used In:
Submit Review

So I started off fifa with a liga NOS left side featuring Verrisimo, Grimaldo and this man. I bought him for only 11k and I have to say that this is one of the biggest steals for a card early on in fifa. He is rapid with 4 star 4 star and is a fast dribbler and surprisingly strong when caught in a challenge. His crossing is good and his passing despite it being only 75 overall is quite good as well. His finishing is adequate but becomes really nice with a finisher which also bolsters his physicality. I've played about 15 games with him and he overall has been pretty insane.

You may think im a waffler but this man is the greatest player on fifa. i am a div 3 player so i dont match against absolute nobs and this guy is like koulibaly destroying vardy, except against every defender on fifa. link him to wendell in 451.

Where do i start... I a div1 player and i love luis diaz. i wanted to use him in my squad from the very start but it was quite difficult to link him, until uribe and other liga nos players got a special card. i did uribe and rafa soares instantly who both have been amazing so far. I link him in a 433(3) with uribe, rafa soares & pepe. i play him with marksman and i tell you what, he cant stop scoring. His passing is good in the area that you need him for and he assists alot, his crosses are consistant and he dribbles very smoothly with the left stick. his bodytype is a very big plus! it helps him to feel more agile and balanced without giving him boosts to those areas. His height and the 10+ strenght are very impressive he can actually shield and even push defenders easily off the ball. his finesse shots, power shots & long shots are very big bonuses for this guy, he has a rocket of a shot! overall his physical is good, strenght is good stamina is very good and his jumping aswell. lastly i cant forget the pace...He is SOOO fast, feels at least like a 95 pace player. if you want to try him go ahead i strongly recommend him & i advise to try marksman chem style