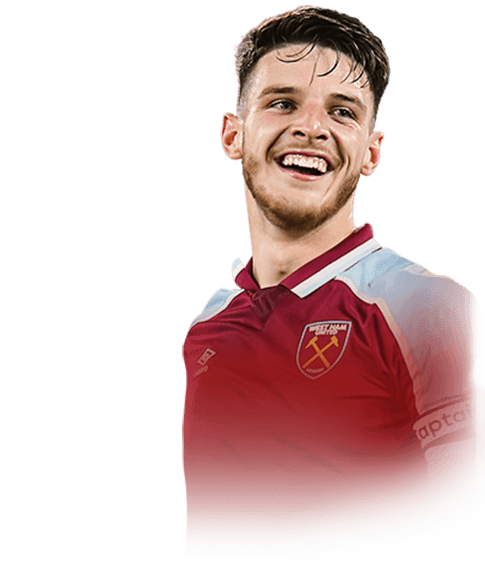 0
Red
Upcoming Matches
P. Chemistry
Squad chemistry
ST
70
RW
75
LW
75
CF
76
RF
76
LF
76
CAM
81
CM
87
RM
80
LM
80
CDM
89
CB
85
LB
84
LWB
84
RB
84
RWB
84
Reset
Basic
Sniper
Finisher
Deadeye
Marksman
Hawk
Artist
Architect
Powerhouse
Maestro
Engine
Sentinel
Guardian
Gladiator
Backbone
Anchor
Hunter
Catalyst
Shadow
Comments
Reviews
0
/600
Click here to verify your account in order to comment Update my avatar Dos and don'ts
Top Rated
New
Controversial
Show comments
Top Reviews
Only logged in users can submit a review
A review must be written in English
At least 200 characters are required.
Compare this player to other similar players you have used(optional).
If you import your club to FUTBIN or send us an image with the player data(fill the form below) your review will be marked as verified.
Include what you liked about the player in the pros area and what you disliked about the player in the cons area.
Your review will be manually checked during the next 24 hours.
Chem Style Used
Formations
Position
Rate Player Base Stats (1-10)
Pace
5
Shooting
5
Passing
5
Dribbling
5
Defending
5
Physicality
5
Most Used In:
Submit Review

4.0
Isn't the best, but is a great option
42 users liked this review

Well, I like a lot Declan Rice in real life, so when I look this card obviously I wanna try it.

Rice is a good CDM, isn't the best, but if you need chemistry o you like it, is a great option

Rice feels like a third CB, he isn't good for do a lot of movements or if you think you can play with him in offensive you are wrong. He isn't bad for that, but, isn't a option for these works

Obviously, You don't look a great dribbler or a great B2B in Rice, you are looking for a CDM and in this case he plays well.

The pass is wonderful, all long passes are correct and he gives safety about don't loss the ball with passes in your half side.

He NEEDS a CM with great defense or another CDM, that's because sometimes he goes to the back and play like a CB.

I think he plays like Goretzka, but obviously, Goretzka is better in shoots and in dribbling, anyways, Rice could be your CDM if you like attack with your LB and RB, or in case you like to play a lot of counter attacks, that's because he is always in a good defending position, and his long passes are amazing

Overall, I think is a great option, however, are better options in another league and depending your game style, Oyenka is better

Defense, he is a very great defender, so if you aren't well in defense, he can help you, also, is very strong so he wins a lot of 1v1 duels

Pass, long passes are AMAZING, and he won't loss short passes in your side

Position, I love play with him because he is always defending the middle like a CB, so if the rival is attacking with wingers, I can use mi CB for defending and isn't a problem because Rice is covering their positions

Price, for 50K is very cheaper than another cdm PL options

Pace, isn't very bad, but you SHOULD put it a shadow

Shoots, for a CDM I think isn't a great problem, but if you need to shoot with him generally is very bad shoot

Dribbling, he feels slow, his weak foot is bad, and his agility sucks, he should be your last option for dribbling a lot