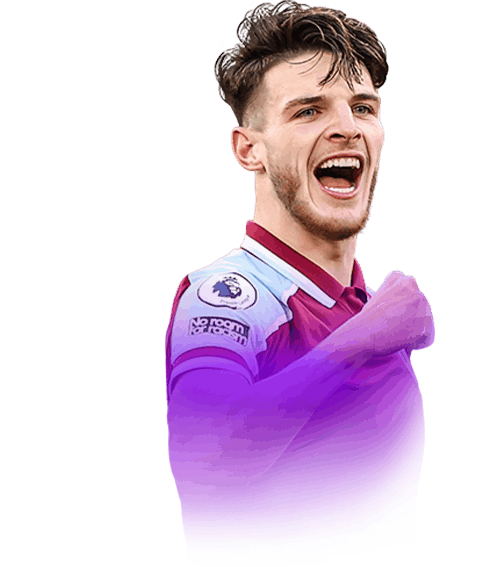 0
Sub out
Upcoming Matches
P. Chemistry
Squad chemistry
ST
83
RW
84
LW
84
CF
85
RF
85
LF
85
CAM
87
CM
90
RM
85
LM
85
CDM
91
CB
89
LB
87
LWB
87
RB
87
RWB
87
Reset
Basic
Sniper
Finisher
Deadeye
Marksman
Hawk
Artist
Architect
Powerhouse
Maestro
Engine
Sentinel
Guardian
Gladiator
Backbone
Anchor
Hunter
Catalyst
Shadow
Comments
Reviews
0
/600
Click here to verify your account in order to comment Update my avatar Dos and don'ts
Top Rated
New
Controversial
Show comments
Top Reviews
Only logged in users can submit a review
A review must be written in English
At least 200 characters are required.
Compare this player to other similar players you have used(optional).
If you import your club to FUTBIN or send us an image with the player data(fill the form below) your review will be marked as verified.
Include what you liked about the player in the pros area and what you disliked about the player in the cons area.
Your review will be manually checked during the next 24 hours.
Chem Style Used
Formations
Position
Rate Player Base Stats (1-10)
Pace
5
Shooting
5
Passing
5
Dribbling
5
Defending
5
Physicality
5
Most Used In:
Submit Review

HAHA! Where do I even begin. This guy is stat for stat the upgraded version of WW Guendouzi. Didn't think it would be possible? Yeah, me neither.

Playing him as a right CDM in 4231 with Paqueta, in elite for context, and he has provided me with 8 goals and 3 assists in his first 15 matches. To me, from a CDM that is pretty amazing.

But I didn't do him because I needed an attacking cdm, more to the contrary, I needed him to offer me some more support defensively. He intercepts every pass, wins every tackle, beats off Prime Vieira, and cover the spaces you didn`t know needed covering. My god. His AI support is out of this world. Best CDM I have ever played.

Had over 500 matches with my WW Guendouzi and didnt really think he was ever going to be replaced, but this guy is gonna stick with me for the rest of this game.

If you have some fodder left, do this guy instead of the mid/prime pick. With this card you know what you're gonna get. A rock SOLID cdm that is DEADLY in attack as well.

I HIGHLY recommend this card. DO HIM.

Not really that agile, but it doesn't bother me with a holding cdm

I use Declan in a 4-2-3-1 and his defending on counter attacks is fantastic, I had Kante whilst building Rice and he was not as good as Rice. Rice holds the ball well against defenders, his shooting has improved off his adidas card and he holds strong links in my team.

-provides good links to west ham or England cards you use

-there are cheaper alternatives on the market

-is a little more slower in terms of tackling

This guy is awesome. Ive never used a Declan Rice before as i prefer my CM/CDM to be a well rounded Gullit Gang type player and his shooting is horrific on his other cards, but this one has been magical so far. I put a hunter on him so all his categories are 86+. He can do everything in the middle of the field. Hopefully the video works because it shows how fun he is to play with. dribbling, strength, and shooting to go along with excellent defending. The only downside is that he is not the meta short agile player that the rats crave. If you play a team that links him you should absolutely do this card as there is no better CDM in the Prem/England outside of expensive TOTY players or icons. He is a blast to play with and has outplayed my other CM/CDM 91 Zidane so far.