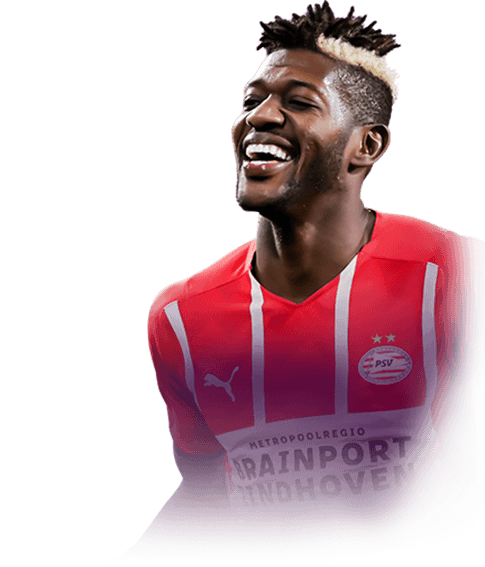 2
Red
Upcoming Matches
P. Chemistry
Squad chemistry
ST
79
RW
78
LW
78
CF
79
RF
79
LF
79
CAM
80
CM
82
RM
80
LM
80
CDM
86
CB
87
LB
84
LWB
84
RB
84
RWB
84
Reset
Basic
Sniper
Finisher
Deadeye
Marksman
Hawk
Artist
Architect
Powerhouse
Maestro
Engine
Sentinel
Guardian
Gladiator
Backbone
Anchor
Hunter
Catalyst
Shadow
Comments
Reviews
0
/600
Click here to verify your account in order to comment Update my avatar Dos and don'ts
Top Rated
New
Controversial
Show comments
Top Reviews
Only logged in users can submit a review
A review must be written in English
At least 200 characters are required.
Compare this player to other similar players you have used(optional).
If you import your club to FUTBIN or send us an image with the player data(fill the form below) your review will be marked as verified.
Include what you liked about the player in the pros area and what you disliked about the player in the cons area.
Your review will be manually checked during the next 24 hours.
Chem Style Used
Formations
Position
Rate Player Base Stats (1-10)
Pace
5
Shooting
5
Passing
5
Dribbling
5
Defending
5
Physicality
5
Most Used In:
Submit Review

take his base stats & apart from 5 on pace- he’s better around than baby Vieira, including the 4* WF Upgrade.

I’ve used the Vieira card this year & the comparison is fair. He’s basically a sideways wondering back four shield, even possessing that “leg wrap” tackle seen on Vieira/Varane. The 91 stamina sounds high, but his work rate is such- he’s near red bar at the end of normal play.

Attack wise, his long shot is crisp & he does wonder occasionally into the box. His passing is simplistic & with his dribble type- he’s not gonna be a driving force for you

however, that’s not why you get this card- he’s an insurance policy. A tracking back bullly, who intercepts or bodies and then triggers a Counter.

unbeliveable value at 20k- with upgrades will track 1 mil+ Vieira & the comparison is fair.

*Absolute beast of a defensive screen- 99 base strength, 6’3 & telescopic limbs

* not an offensive player, outside set pieces.

*difficult chem outside own league.

The triangle of Sangare, Teze and Owusu with the softlink of Sangare to my POTM Fofana, looked too good to not be tested. I played this guy in the WL qualification where I got a 10-0 and another five wins out of five games in Elite Rivals so far.

This guy is pure class as a stayback CDM and amazing value. Teze and Owusu to link him are all great and cheap options. If this card gets an upgrade with a litte pace boost it will be absolute insane.