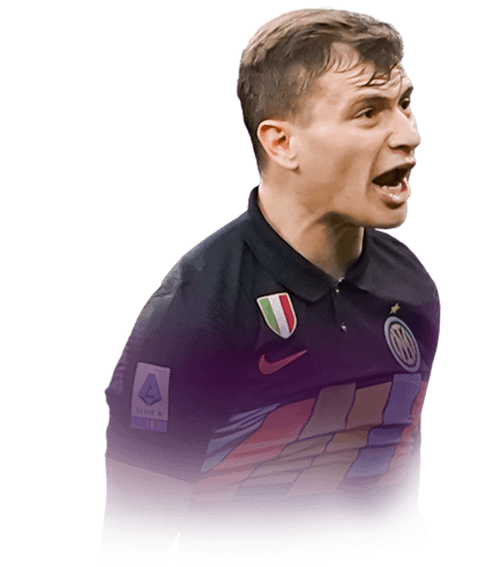 0
Sub out
Upcoming Matches
P. Chemistry
Squad chemistry
ST
84
RW
89
LW
89
CF
89
RF
89
LF
89
CAM
91
CM
92
RM
89
LM
89
CDM
90
CB
85
LB
88
LWB
90
RB
88
RWB
90
Reset
Basic
Sniper
Finisher
Deadeye
Marksman
Hawk
Artist
Architect
Powerhouse
Maestro
Engine
Sentinel
Guardian
Gladiator
Backbone
Anchor
Hunter
Catalyst
Shadow
Comments
Reviews
0
/600
Click here to verify your account in order to comment Update my avatar Dos and don'ts
Top Rated
New
Controversial
Show comments
Top Reviews
Only logged in users can submit a review
A review must be written in English
At least 200 characters are required.
Compare this player to other similar players you have used(optional).
If you import your club to FUTBIN or send us an image with the player data(fill the form below) your review will be marked as verified.
Include what you liked about the player in the pros area and what you disliked about the player in the cons area.
Your review will be manually checked during the next 24 hours.
Chem Style Used
Formations
Position
Rate Player Base Stats (1-10)
Pace
5
Shooting
5
Passing
5
Dribbling
5
Defending
5
Physicality
5
Most Used In:
Submit Review

so him as an 89 rated card will be broken

pace- very good pace fast on the ball and responsive

physicality- 99 stamina is all i have to say

3*wf- doesnt make much of a difference tbf

Dropped a review of this guys 87 card and every time I've tried a different version of him I never think he can get better. Holy sh*t. Generally even better to what his SIF is like and that in my opinion was one of the best midfielders I used in the game so far.

Because it's a headliner, its more than likely going to be upgraded. Currently is one of the best players in the Serie A in a dominating Inter side and plays a huge role for them. I think they will get the wins under their belt but even if they don't I cant put it past him bagging a couple of IF cards.

Used him for 33 games now across Elite Division and in Champs. Yesterday I stopped on 14 wins 1 loss and he was one of the most visibly impactful player I had.

Had him in rdm in 4231 with Cut Passing Lanes, Get Forward, Cover Centre. I did try Cover Wing as well and he works very well with it, either way its preference. I use him with Hawk so I can get some pace, shooting and boost a little physical too. I tried him defensive with Shadow and would recommend it, but because of the work rates, stamina etc, I think he's wasted at sitting back defending.

Pace- Solid. Good acceleration and recovers well, but when he's attacking for me, he's quicker than most cdm's so he get past them quite easily when running onto the ball.

Shooting- I don't get the most chances to shoot with him but when I have he's made them count. Inside the box finishing is very good, and tbf his outside the box shooting is quite is not half bad either. For me he'll always hit the target but as an attacking cdm, his shooting is class.

Passing- Pirlo can eat his heart out. He's quick on the ball and gets the ball off quick. Driven passing, long passing are very good. He's very composed on the ball and does pass a lot of complexed passes off when he's under pressure.

Defending- To compare him to someone id say it's like WW Guendouzi. His defending is alright when looking at the stats, but he defends like a gladiator. He's aggressive when winning the ball, but also his AI defending and intercepting is very good as well.

Physical and W/R- 99 stamina with High/High. Don't need to comment on this. Hawk gives him that little bit more aggression and strength and he lives up to the stat boosts as well. Doesn't give the ball up easy and doesn't stop battling for it either.

Height isn't really a problem either. He isn't the tallest but does have a good leap on him to win the header.

3* Skills and Weak Foot- I think this is very subjective to players based on how you play. For me, these stars don't bother me as I think his weak foot feels like a 4*, but I also don't like to pull off skills moves in a vulnerable position, as I'd rather just get the ball and run with him.

I packed this absolute demon a while back (nearly 300 games played with him) and he is the one who made me make an account on here and write a review.

Firstly this man does not miss a tackle, my opponent could have prime Eusebio running 1v1 with my keeper and this 5'0" legend will come flying in and save me.

His pace isn't anything amazing but he's certainly not slow, if you want a quicker cm they area available but his technical ability outways it imo

His dribbling is what I believe is the best part of this card, unreal left-stick dribbling, perfect for breaking the opponents press or at the top of the box

I use him as a secondary dm in a 4231 next to FS Chalobah whose on stay back so this man is a box to box, but I don't shoot much with him, that being said when he has been called on he's nothing spectacular but often good enough, no crazy dipping shots but he finishes nicely

His passing is crisp and accurate, if you're a jammy through ball spammer he'd probably work, but I often end games with ~65-70% possession so he finds gaps and finds my striker's feet really well

TL;DR: I have literally pushed players 90+ players to my bench to keep this card in my starting lineup