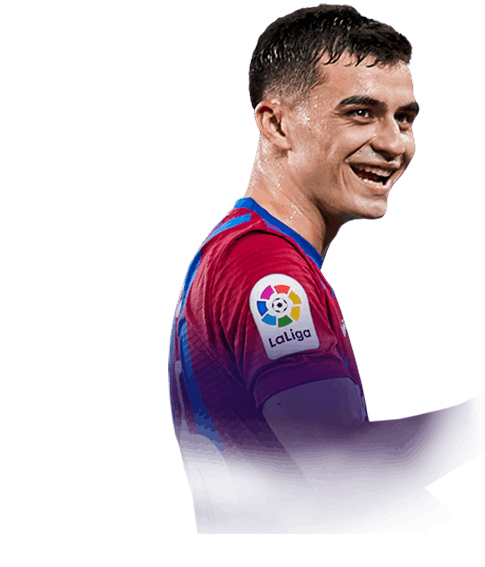 -
Sub out
Upcoming Matches
P. Chemistry
Squad chemistry
ST
86
RW
92
LW
92
CF
92
RF
92
LF
92
CAM
94
CM
95
RM
93
LM
93
CDM
90
CB
82
LB
88
LWB
90
RB
88
RWB
90
Reset
Basic
Sniper
Finisher
Deadeye
Marksman
Hawk
Artist
Architect
Powerhouse
Maestro
Engine
Sentinel
Guardian
Gladiator
Backbone
Anchor
Hunter
Catalyst
Shadow
Comments
Reviews
0
/600
Click here to verify your account in order to comment Update my avatar Dos and don'ts
Top Rated
New
Controversial
Show comments
Top Reviews
Only logged in users can submit a review
A review must be written in English
At least 200 characters are required.
Compare this player to other similar players you have used(optional).
If you import your club to FUTBIN or send us an image with the player data(fill the form below) your review will be marked as verified.
Include what you liked about the player in the pros area and what you disliked about the player in the cons area.
Your review will be manually checked during the next 24 hours.
Chem Style Used
Formations
Position
Rate Player Base Stats (1-10)
Pace
5
Shooting
5
Passing
5
Dribbling
5
Defending
5
Physicality
5
Most Used In:
Submit Review

Nobody feels like Pedri on the Ball, its unbelievable. He's the best player I've used on this game by far and outshines Messi, Ginola and Mbappe in most ways! He reminds me of 96 Acuna last year with his high/high workrates, 5* skills, pace like Mane, unnoticeable 4* weak foot and passing like Pirlo on crack. I managed to get him in a two rare player pack yesterday and have played 5 games with him scoring 6 and assisting 4 in champs quals. I'd never thought in a team with Mbappe, Messi and Rooney that I'd be forcing the ball to Pedri but he's just something else. Of course he's not perfect, he is 5"9 with 63 Heading and 70 strength, doesn't have a real face which kinda sucks if u like celebrating goals and only has 84 shooting. Also, bc of his small size and low strength & 83 Positioning, playing him CDM is difficult while 84 shooting lets him down a bit going forward. But still despite his weaknesses, every game I played with him at CAM in a 4231 he dominated and created chance after chance. At this point in the game cycle, I think he's clear of every player as an attacking mid. The ability for him to track back with speed, win the ball and then go forward with amazing passing, skill and dribbling is unbelievable and sets him apart. Upgrading his shooting and physical with a hawk totally offset his weaknesses for me.

This card might be the best CAM that I have used this year. Better than Neymar, better than Messi, better than Aouar. I originally planned on using him as a CM in my 4-1-2-1-2 (2) but he didn't feel very impactful. I had an anchor on him and his tackles felt weak and his awareness was pretty average. Multiple times he watched balls go right by and didn't position himself to make interceptions. His dribbling and passing felt incredible so I thought to use him at CAM and wow. With a hawk, he is an attacking force. The five star skills are so nice to use and his shooting is very consistent. He is so silky on the ball and can pass the ball anywhere with either foot.

Physical and defensive ability at CAM

Physicality (when playing CM or CDM)

so I packed pedri out of my 85x10. he has gotta be the best player I have used all Fifa, better than Messi mbappé and Neymar.I used him in champs with a 41212 and played him in cam and I can tell you he's insane. his movement on the ball is very quick and smooth on the ball. his speed is quick. his shooting is decent but it depends what you play on him ( I played a anchor ) his passing is something else no matter where he is on the pitch it will go to your teammate, his physicality could be better but still its decent, and his defending is just fine, it is good. he is really a game changer. If you want to buy him I would wait a few days until he vsrops even more

because I have to pick one its physicality