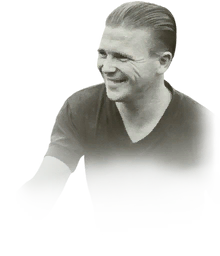 -
Sub out
Upcoming Matches
P. Chemistry
Squad chemistry
ST
95
RW
96
LW
96
CF
96
RF
96
LF
96
CAM
96
CM
90
RM
95
LM
95
CDM
72
CB
61
LB
71
LWB
75
RB
71
RWB
75
Reset
Basic
Sniper
Finisher
Deadeye
Marksman
Hawk
Artist
Architect
Powerhouse
Maestro
Engine
Sentinel
Guardian
Gladiator
Backbone
Anchor
Hunter
Catalyst
Shadow
Comments
Reviews
0
/600
Click here to verify your account in order to comment Update my avatar Dos and don'ts
Top Rated
New
Controversial
Show comments
Top Reviews
Only logged in users can submit a review
A review must be written in English
At least 200 characters are required.
Compare this player to other similar players you have used(optional).
If you import your club to FUTBIN or send us an image with the player data(fill the form below) your review will be marked as verified.
Include what you liked about the player in the pros area and what you disliked about the player in the cons area.
Your review will be manually checked during the next 24 hours.
Chem Style Used
Formations
Position
Rate Player Base Stats (1-10)
Pace
5
Shooting
5
Passing
5
Dribbling
5
Defending
5
Physicality
5
Most Used In:
Submit Review

After somehow packing tradeable Prime R9 from Fut champs rewards last month, I've tried out quite a few of the top players in the game. (Toty Mbappe, Prime Cruyff, R9 etc.) This Puskas perhaps tops the lot. His left stick dribbling is exceptional and reminds me of Toty Messi but with a bit of extra heft that the stocky body type provides. As a long suffering FIFA player, this card reminds me of players like Toty Robben in FIFA 15 and Tots Ibra in FIFA 16, such that he's so much better than the opposition that it feels like cheating. He just glides past defenders. The upgrade to 5*4* is a game changer, with skill moves coming off clean and fast. His shooting is arguably the best on the game, the definition of auto shooting - I try to time them but even white shots fly in from everywhere. His passing is fantastic too and his movement/ attacking AI is insane. I've never seen a striker move so intelligently depending on the situation. Though a 5* wf would be the cherry on top, the outside foot shot trait and overall shooting insanity somewhat negate the additional advantage that would offer. Just over 5 million is a lot of coins and expensive players generally provide diminishing returns, but this man is levels above. You won't be disappointed. Used in champs (rank 3) and Elite rivals.

As quick as anyone

Possibly best shooting on the game

I'd like to prelude this review with a little context and to apologize for any potential spelling/grammatical errors, as English isn't my native language. Whenever I started playing this FIFA about 2 weeks after release I always had my eyes on this special player right here.

I was very intrigued by his real life story, how he was unable to play after leaving Hungarian football and the general impact he had on the game even at a later age, when he lit up Spain and Europe paired up with the equally legendary Alfredo Di Stefano. Add to this how unique of a player he is in FIFA, I wanted to get my hands on any version I could for quite some time.

When the SBC for his Prime dropped a while ago I completed it instantly, and he proved to be a formidable force in my attack for quite a while. I did the 93+ moments SBC a few days ago hoping for something good or useable at least, but I would've never imagined to see the Hungarian flag appear, and my absolute dream player to walk out. Save to say I was elated(dupe theory proven once more btw). Having used him for 41 games in Elite division on Next gen Xbox, I feel compelled to write my first ever review on Futbin, due to how special of a player he is.

This card is quick, seriously quick. He will get caught on rare occasions but he comfortably outpaces most CBs you will come up, against, leaving the likes of FB Varane or Joe Gomez in the dust. If this guy gets even a modicum of space he will exploit it with his crazy initial burst of pace.

The major flaw with his Prime was obviously the 3 Star WF, a Problem this card doesn't have. Due to his 97 shot power any shot on his right will feel as if it's actually a 5 Star WF in the box, and he's even scored from outside the box with his right for me on occasion, something the Prime simply isn't capable of. His left foot is simply automatic though, absolutely the most lethal finisher I have ever used. Outside foot shots and Finesses are just broken on his left and he's capable of scoring from pretty much anywhere in the final third with them if you have enough space. This is probably the very best aspect of this card.

In the squad I linked I have Puskás on the drift wide instruction in order to get him into positions where he can cross the ball to CR7, a job he honestly excels at. I've also tried him on an engine and it makes his crosses or long passes that much better still. I imagine he has good enough passing to a point where you could also use him a playmaker deeper in the field or a winger even, I feel his finishing prowess would be wasted there however. Nontheless this guy can hit any pass you ask of him with pinpoint precision 9 times out of 10, hence the rating.

Probably the biggest improvent over the Prime besides the WF upgrade was the added balance, with the obvious addition of the 5 Star SM. Hitting those skills with Puskás gives you that little bit of extra space you need in the box to win those tight games sometimes. Additonally he just feels so silky smooth on the ball, being able to change direction quickly and leave defenders tackling air, just like he did in that magical 6-3 victory over England at Wembley, the game this card is inspired by. EA really did do his performance Justice in that respect.

Obviously he's no Weghorst or CR7 in terms of his physical strength, I've still found him to have that BS factor sometimes where, no matter what my opponent does they will not be able to outmuscle Puskás. I suppose this is the stocky Body Type paying dividends, note that he does get outmuscled by dudes like Varane sometimes though. Using a Hawk also helps here, and I'm still torn myself on whether to stick with Hawk or Engine. Stamina really isn't an issue at 93 for me either, he won't be gassed until the end of a 90 minute game unless you just sprint up and down the field with him.

All in all he is simply streets ahead of his prime, and any other attacker I've used this year. Is he end game? I do believe he is, comfortably so.

So this section is dedicated to cons, and I honestly have no Idea what to write here. Lack of a 5 star WF doesn' hurt him in the slightest and he'd probably be the most broken card ever if he had it. Adressing his price perhaps, would he be worth the 3.3 Million coins he is going for on Xbox? I don't know really, but it's more so that I don't like investing that many coins into just one Player in general. If you do have the coins though and you want to get a Player with it I say you can go for it, he has really blown me away thus far, and I'm sure he will blow you away too!

I hope you enjoyed reading through this rather long winded review of mine, wishing only the best to everyone who has taken the time to read this!

So I had around 4 mil coins after some good prem tots rewards and I needed a CAM to complete my squad. I looked at Pele prime or mid, Cruyff prime, and Captains Di Natale, who I had all used and liked in the past, and decided that I'd like to try something new since this game cycle is slowly coming to an end. Enter prime icon moments Puskas. From the little tank build to the black boots and the crazy shooting animations, he looks the part and is just fenomenal to use. Everything he does just feels top class, amazing passing, broken shots, gliding pace, tight dribbling, really the complete CAM. He's one of those players that just makes your squad nicer to look at, like you just want to spend hours just staring at him at the top of your formation. On to specifics though:

His positioning pace and dribbling are immediately apparent. He gets away from the likes of varane, toty marquinhos, tots van dijk with ease, both out running them and appearing in goal scoring positions around them. He is among the fastest players I've used this year, I'd say it's a solid 9.5 in pace. His dribbling reminds me of a toty Messi and the 5 star skills just add that much needed touch of unpredictability to his attack. With the skills and weak foot upgrade he just feels like a completely different card to his previous versions, as he opens up entirely new possibilites on the attack. His shooting is among the most broken i've used this year, which includes the likes of Prime Eusebio, Toty Mbappe, and 94 R9. His left foot is god sent and absolutely smashes any type of opportunity. Finally, he actually shields the ball much better than i'd anticipated. He'll still get bodied sometimes just like any other attacker but not to the rate my prime eusebio does, he's much better in that regard.

In terms of Cons, none really. If he had a 5 star weak foot hed be the perfect card. Maybe a finesse shot trait too but he still buries his finesse shots from every angle so not really necesary. Deep into extra time he wont have amazing stamina but unless you're spamming runs he'll still be very fresh most of the game.