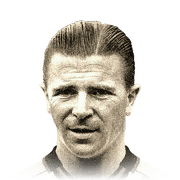 -
Sub out
Upcoming Matches
P. Chemistry
Squad chemistry
ST
91
RW
92
LW
92
CF
93
RF
93
LF
93
CAM
92
CM
87
RM
91
LM
91
CDM
70
CB
60
LB
68
LWB
72
RB
68
RWB
72
Reset
Basic
Sniper
Finisher
Deadeye
Marksman
Hawk
Artist
Architect
Powerhouse
Maestro
Engine
Sentinel
Guardian
Gladiator
Backbone
Anchor
Hunter
Catalyst
Shadow
Comments
Reviews
0
/600
Click here to verify your account in order to comment Update my avatar Dos and don'ts
Top Rated
New
Controversial
Show comments
Top Reviews
Only logged in users can submit a review
A review must be written in English
At least 200 characters are required.
Compare this player to other similar players you have used(optional).
If you import your club to FUTBIN or send us an image with the player data(fill the form below) your review will be marked as verified.
Include what you liked about the player in the pros area and what you disliked about the player in the cons area.
Your review will be manually checked during the next 24 hours.
Chem Style Used
Formations
Position
Rate Player Base Stats (1-10)
Pace
5
Shooting
5
Passing
5
Dribbling
5
Defending
5
Physicality
5
Most Used In:
Submit Review

Puskas has to be the best player I have played with all year. I have never had someone as quick, agile and strong as him. The left stick dribbling is unfair coupling the fact that he can shoot from any angle with the left foot. Though he doesn't have the finesse shot trait he does not need it, any green time finesse with be in the back of the net. I have used this guy for 30 games this year so far and he has bagged me 37 goals and 13 assists in rivals div 1. I have him paired with Cantona, Di Natalie and Dalglish so scoring isn't really a problem but ever since Ive had him he's become my main goal scorer. Playing him as an attacking mid does work but I don't think you will get many Goal scoring opportunities playing him there. The best tactic to use him on is either get in behind or false 9 at a striker role, he just always seems to be in the right place at the right time. His cost is definitely a big problem for some people but there are better options for less coins. He's been a favorite of mine and one I've always wanted to try. Id give this guy an 10/10 for game play but 8/10 overall due to cost

WOW I don't even know where to begin with this card! I have had some pretty good pack luck very early in this year's FUT so I've chopped and changed my teams a lot and tried many different players for every position, the likes of Eusebio, Cruyff, Maradona, Pele etc and I have to say that Puskas is an absolute steal! I had a lot of reservations with this card due to the 3* WF but I was convinced into giving this card a try and I honestly have to say that I genuinely believe the 3* WF is some form of visual glitch because he scores rockets with both feet even from outside the box! His dribbling feels so damn insane especially left stick dribbling and agile dribbling in the opposition's box, paired with his stocky body type and immense strength. One thing I have noticed in this year's FUT is how your short agile attackers such as Neymar, George Best, Messi etc get bullied off the ball very easily by defenders like Koulibaly, Kimpembe, Varane, rule breaker Klostermann, Marquinhos etc. However, I have not had a single striker this year apart from Puskas and Cantona who genuinely shrug those meta CBs off, understandably with Cantona that's just a given. I paired up Puskas with SS Ben Yedder as you'll see from my squad link, with the instruction on Puskas to play as a false 9 to drop a bit deep and link up play with Zidane and Best, an aspect that surprised me quite a lot was his creative ability as there were many instances where he would drop to almost CAM and find Ginola or Ben Yedder with a beautiful pass. I did find that using him this way can cause you to use more of his stamina so he may get a little tired around 75-80 minute mark, but if you play him as a get in behind stay forward striker then stamina is no issue at all. His versatility is amazing, I have tried him at LAM due to his insane outside foot shot across goal (literally goes in with every green timed shot), I have used him as a left striker aswell and again his outside foot shot just speaks volumes, I have tried him at right striker to test the finesse shots but unfortunately with how bad finesse shots have been nerfed now they don't seem as effective but still pretty good considering the current patch. I have been a consistent elite division player all year so far and consistent rank 1/2 in champs (not that champs is as challenging as division rivals this year). Anyway to conclude, I would absolutely recommend you all to buy this card, you will not be let down whatsoever, at the time of writing my stats with Puskas are 24 games, 39 goals 14 assists, all in elite division/champs which is insane! My personal recommendation would be if you play a 2 ST formation then play him as a get in behind stay forward ST and play him in behind with through balls 9/10 times he will win the physical duels against the CBs. GO AND TRY THIS CARD YOU WILL NOT BE LET DOWN!

I genuinely can only think of 1 con and that is price as not everyone has 1.5m coins to splash out on 1 player

So just to start, I used to have George best at striker, then sold him to mbappe for the 5-star skills. After having mbappe for around 150 games he had about 150 G/A. Mbappe started to not be as good as he used to be for me, and I wanted to get Puskas because I have 3 players behind him that are 5-star skills, and I am also Hungarian.

Last season I was in Elite divisjon but this season I did not want to go to elite divisjon bc the rewards are besicaly the same in div 1, pluss it saves me a lot of time from needing to tryhard almost every game. So in div 1 Puskas has been better than i could ever imagine, he has played 21 games for me scoring 51 goals and getting 3 assists. Ofcourse i don't expect him to keep going at this rate as he has 2,6 G/A everygame. But he is just fantastic. Insane dribling together with Insane passing and his pace is very good (he feels very fast ingame, almost as fast as mbappe) And his strenght is very good compared to his stats, and last but not least his shooting is simply the best i have expirienced in any fifa so far. And his positioning and runs are on another elvel to a player like mbappe.

He does have 4 star skills, which i was not the biggest fan of, but honestly i think it is almost better on him as I can just shoot insted of needing to drible like I have to do with a player like mbappe. He also has 3 star weekfoot which is not bad at all, becasue his outside footshot trait, and his 95 shooting.