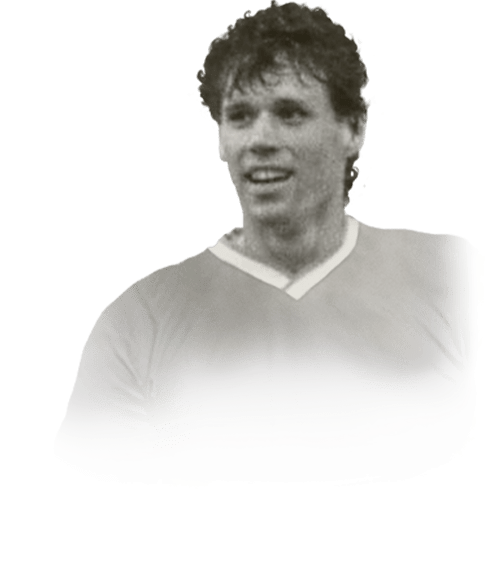 -
Sub out
Upcoming Matches
P. Chemistry
Squad chemistry
ST
94
RW
89
LW
89
CF
92
RF
92
LF
92
CAM
88
CM
81
RM
87
LM
87
CDM
63
CB
57
LB
64
LWB
67
RB
64
RWB
67
Reset
Basic
Sniper
Finisher
Deadeye
Marksman
Hawk
Artist
Architect
Powerhouse
Maestro
Engine
Sentinel
Guardian
Gladiator
Backbone
Anchor
Hunter
Catalyst
Shadow
Comments
Reviews
0
/600
Click here to verify your account in order to comment Update my avatar Dos and don'ts
Top Rated
New
Controversial
Show comments
Top Reviews
Only logged in users can submit a review
A review must be written in English
At least 200 characters are required.
Compare this player to other similar players you have used(optional).
If you import your club to FUTBIN or send us an image with the player data(fill the form below) your review will be marked as verified.
Include what you liked about the player in the pros area and what you disliked about the player in the cons area.
Your review will be manually checked during the next 24 hours.
Chem Style Used
Formations
Position
Rate Player Base Stats (1-10)
Pace
5
Shooting
5
Passing
5
Dribbling
5
Defending
5
Physicality
5
Most Used In:
Submit Review

5.0
The Swan of Utrecht
9 users liked this review

Got him from the prime moment pack. Not going to lie I was so disappointed at the time. But thought I might as well give him a go before submitting him to the next big SBC. All games in elite rivals.

Oh boy, what a surprise. The finishing is so OP, every shot seems like he used his outside foot shot trait. The dipping curve on his shots made it impossible to save most of the time. Makes very clever runs all the time, very good attacking AI. He is fast enough with engine, and definitely not clunky as well. Actually outperforming Weghorst showdown on my two st formation.

Will recommend if you like to play with big st, one of the best 9 I have ever used in Fifa 22

Most people think he is bad,but i tell you he is underrated.his shooting is so nice.his heading and his physis is unbeliveble.so i can say for people who play small agillity player i can not commend but people who like to play a bit bigger player i commend.I used catalyst because he should be faster and his passing should be better. I also used engine ,but with engine his passing and his pace was to slow and also i dont fell any difference with the agillity.

Everyone uses Ruben Diaz and Gomez as their center backs, but neither can even win the physical combat against Van Basten. Basten is humongous in-game thanks to his high/average+ body type. This body type is sort of rare on a striker, but trust me, Van Basten can automatically push defenders around and block them from tackling the ball using his back, like Shaq shielding Kevin Hart (but an agile and rapid Shaq). Lob pass, stop the ball with chest, volley, goal. Through pass, shot cancel, outside foot shot, goal. High crossing, header, goal. Outside box, finesse, goal. His shooting is phenomenal and feels way more powerful than some smaller players due to his long legs. I've tried multiple strikers such as prime Cruyff, prime Puskas, totw Mbappe, birthday CR7, the rat, and totw Lewa, but none of them have given me this kind of excitement. You just score goals and win the games so easily without thinking about which way to exit your elastico or scoop turn. Super fun card!!!! As a classic 9, he is a lot better than TOTS Kane and TOTY Lewa.