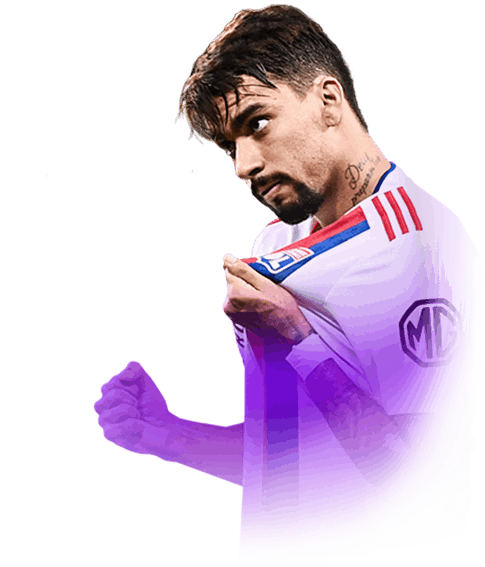 This FIFA has undoubtedly marked the worst pack luck I have experienced since the beginning of my FUT career. I know there are lots of us out there that are struggling away and I look forward to some of the stories in the comments. But one glance at those posting their latest pack pulls and I am instantly reminded of the rotten luck I have experienced in FIFA 22. Pack after pack after pack of complete nothingness, which has seriously put a damper on my energy to grind. However, when those brief moments of luck have come this year it has always manifested itself in the form of untradeables. Given the amount of coins I lose on some reviews it is often of little consequence, but with my FUT Birthday 80+ Picks it actually paid off in the end… this time. When Team 2 dropped on Friday I started working my way through my saved packs and was completely shocked to see Lucas Paquetá staring back at me… and while my coin total didn’t go up, it also didn’t go down as I was able to review an untradeable option this weekend in the Brazilian midfielder. In all honesty I had been regretting passing up on the Moments version of this card lately, as literally every time I face him he seems to be a constant thorn in my side. With the +2 Weak Foot upgrade I was hoping to get some of the same performance this weekend as Paquetá patrolled the box to box midfield position of my 4-2-2-2 formation. With the aid of a SHADOW chemistry style Paquetá was the all action midfielder this weekend in the following squad: 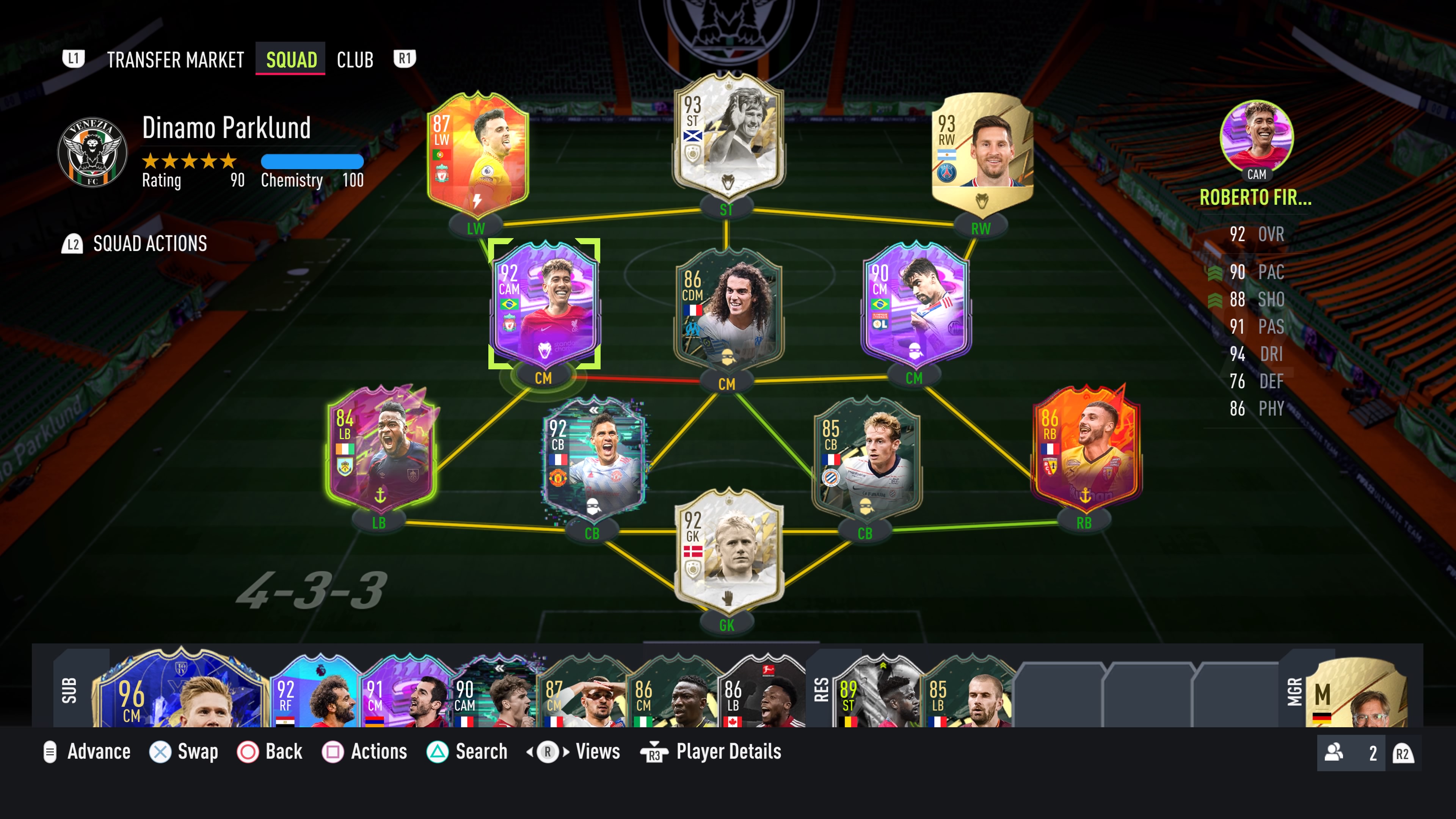 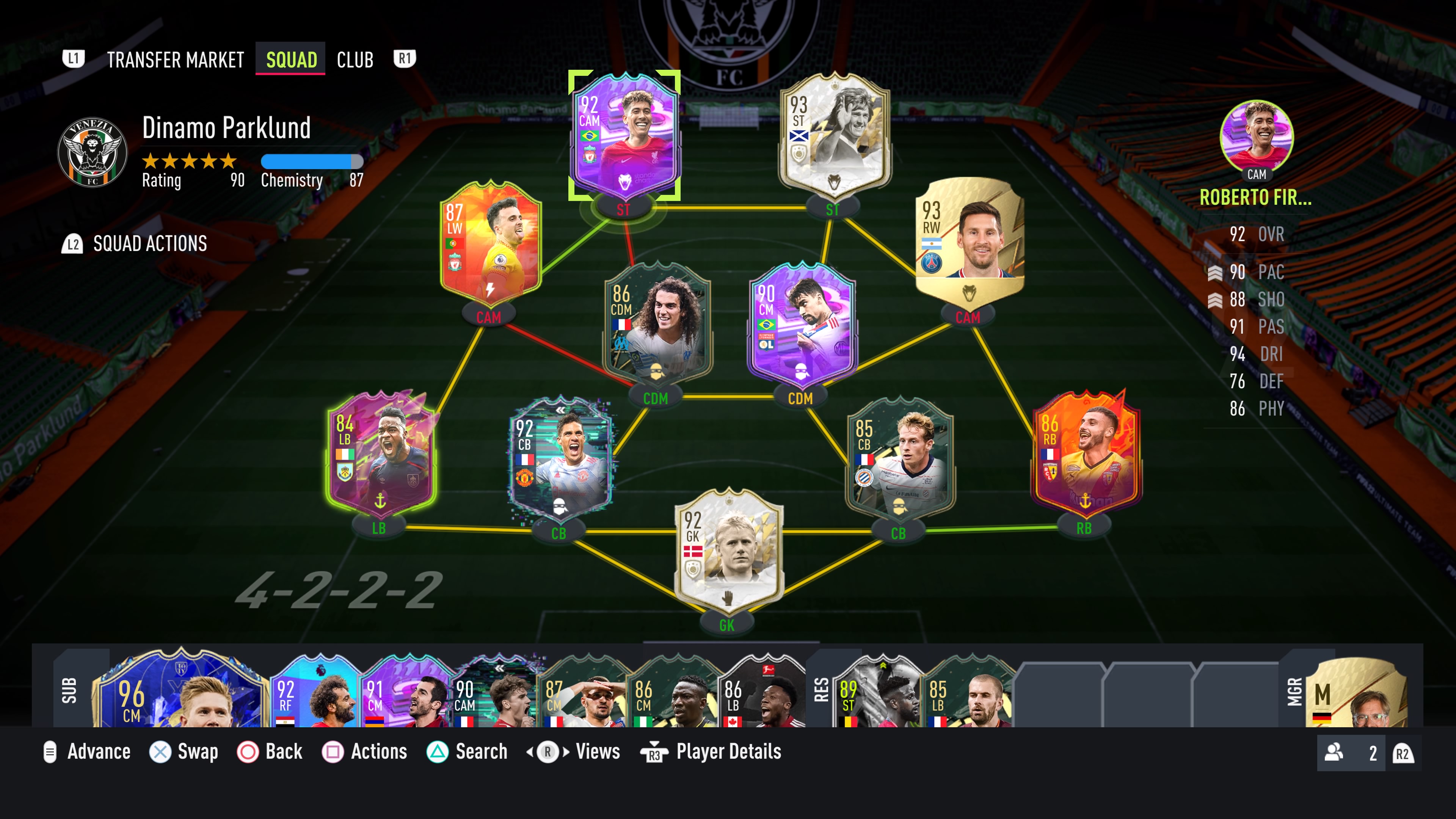 This card is extremely well-rounded and since the review I have actually been using Paquetá a lot as the LAM in the same 4-2-2-2 formation with excellent results.  As a box to box midfielder you couldn’t really fault the High | High work rates and the overall involvement of this card across 90 minutes.  The 93 STAMINA held up brilliantly and kept Paquetá motoring up and down the pitch throughout the match.  I wasn’t sold on Paquetá at the outset of the review but as it progressed there were some standout moments that became more frequent and led me to a decent overall experience.

Normally I use the main statistic category to talk about the best that a card has to offer, but in this case I couldn’t wait to talk about the overall experience when shooting with this card.  This card has one of the most lethal left footed shots I have used in the game, hands down.  The velocity on the 89 SHOT POWER does not make sense given the statistics and the 87 FINISHING has been pinpoint more often than not.  The more and more I use this card as the LAM of the 4-2-2-2, the more and more goals he is racking up on those crossbody far post laser beams.  The four goals as a box to box CM certainly didn’t do the card justice but did shine some light on a potentially controversial topic… I truly don’t feel the 5 STAR WEAK FOOT with this card at all.  I realize there are going to be some comments… or maybe this is the case for everyone and would be even more interesting… but I swear the 5 STAR WEAK FOOT remains a 3 STAR with this card.  Time and time again Paquetá created chances and space with all of his other attributes, only to watch a limp right footed attempt barely test the keeper.  Disappointing given what I expected, but has been largely nullified by the position change.

Certainly the area that Moments Paquetá gives me the biggest issues trying to defend him  and was nice to be on the other end of the sticks controlling the magician for once.  The 90+ across the board dribbling statistics with the 180cm | 5’11 frame and 5 STAR SKILLS are all prime assets in the world of us left-stick dribblers and were a nice mix to control.  The two areas that could have pushed this card beyond in the dribbling category would have been a little more “pop” from the 94 ACCELERATION out of the dribbles and at times it did feel like the AVERAGE body type might just be holding this card back from pulling off the dribbling at pace it would be otherwise capable of.

As previously mentioned I don’t think I am alone in wishing that I had completed Paquetá when he was released early in the year… or maybe I am, but when you look at that card it does shine some light on the current price of FUT Birthday Paquetá.  At three times the price I just don’t think the FUT Birthday is three times the card of the Moments version, especially when a large chunk of that price tag would be for the 5 STAR WEAK FOOT.  Don’t get me wrong, this is still an amazing card, but the shadow of the Moments version just looms too large for a full 5/5 from me.

If there is one statistic that does not tell the full story with this card it would be the unimpressive looking 3 assists in 15 matches throughout the review.  I was shocked when I went to take the picture as I was thinking something closer to 10 would be there.  I think the 93 SHORT PASSING, 91 LONG PASSING & 93 VISION made so many positive things happen for my squad that I just assumed it was leading to direct production… when in fact it was normally Paquetá who had dismantled my opponents backline a pass or two before the actual assist.

I am prepared for the wrath of those of you who are banging them in with this card, but the more and more I have used Paquetá the more I love him as a LAM because I can easily avoid his right foot.  I think the fact that I have rarely come across the Brazilian in WL, Qualifiers or Division Rivals is a good indication that many are likely noticing something similar.  The card is still a standout performer and extremely well-rounded offering numerous positions and some excellent links to other cards.  So I would certainly not tell anyone to stay clear and in fact I think the left foot and dribbling alone are worth at least a test drive.  However, I would not go into this card thinking you are getting a bargain… There are still some loose ends that need compensating.  I Hope you are safe and well.  Cheers for reading. 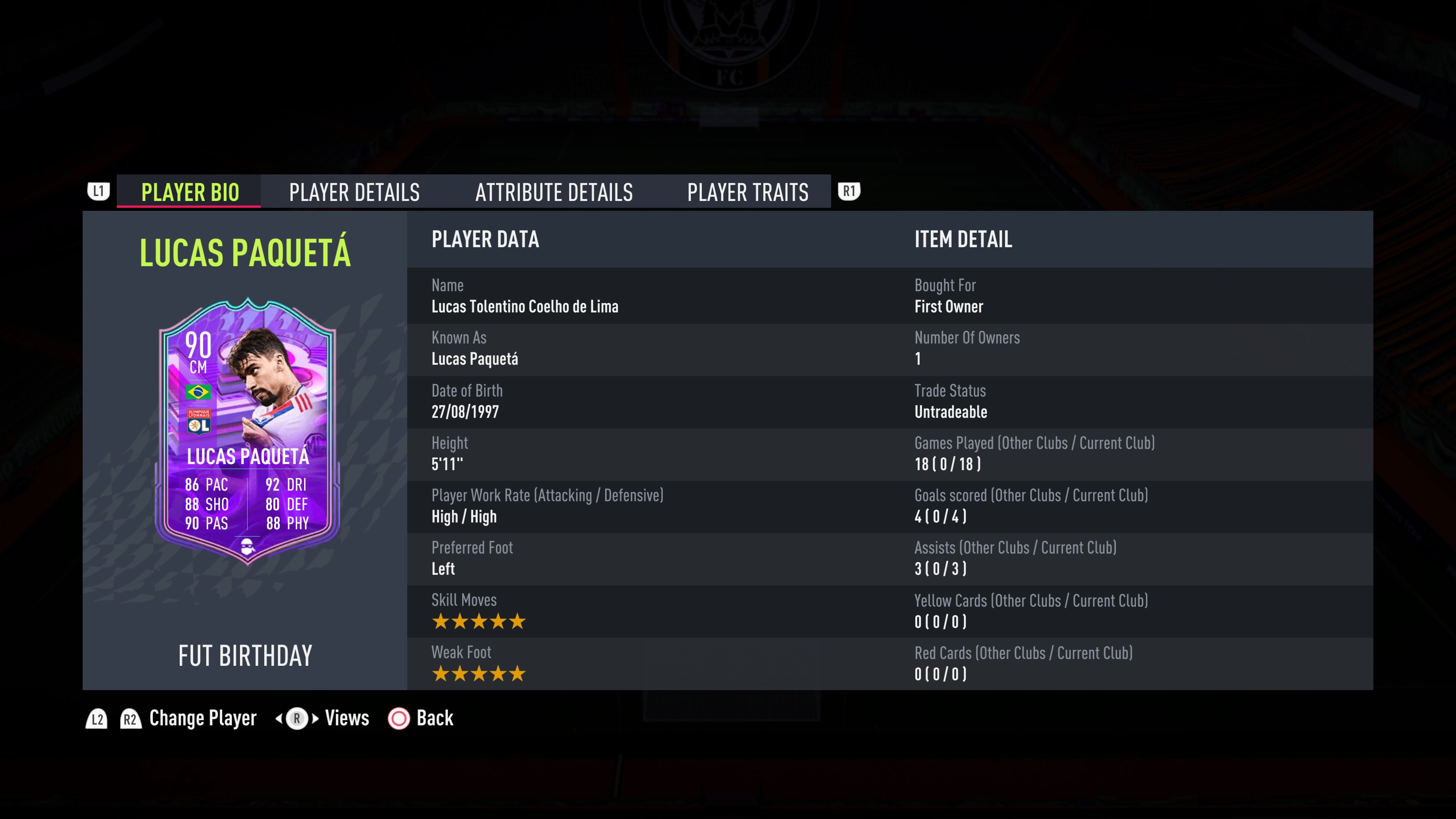 Honestly I feel so lucky to have him, pedri and renato untradeable but let's get into the gameplay. Paqueta is absolutely crazy. I have my CMs on balanced and cover center, and they love to go forwards, Paqueta is absolutely the better one of the two at this role. He holds the ball as good as RTTF Renato, 5* skills gives him an edge and his left stick dribbling makes me want to strip. So many people prefer to foul me then to let me keep him on the ball, and I don't blame them. No wonder this card crashed Renato so much. He could play as a CDM with his defending stats (especially in a 4231) but I feel he is best as an attacking CM. One last thing, he's NEVER misplaced a pass, despite this tragic gameplay in 15 games. I know he eventually will, but so far he has the best passing of any player I've used, in any fifa, and i've played since FUT14 :)

Interceptions and defensive awareness are not top tier, hence why I say, Renato for CDM, Paqueta for CM/CAM/Etc

I don't know where to start. This guy is a beast. He can do basically anything everywhere. I used him in a 442(2) and in a 41212(2). A beast in both. He gets involved way more than you think, and he assist soooo much without even realising. He is just great. The best thing for me was the dribling. He is a menace on the ball and of course the 5* 5* helps. (This review is only based on games in the Elite Division)

Maybe a little bit defending, but only if i had to point something out

This card is amazing, I've done things with this card that I never managed to do before, played with a lot of cm's this year, but no one is like him, having 5* 5* in the midfield is just absurd, he feels slick and agile on the ball, insane passing, insanely linkable, I don't know why he is so cheap, 680k while I am writing this review.

GET HIM. For the record I play in elite 1950 for anyone wondering