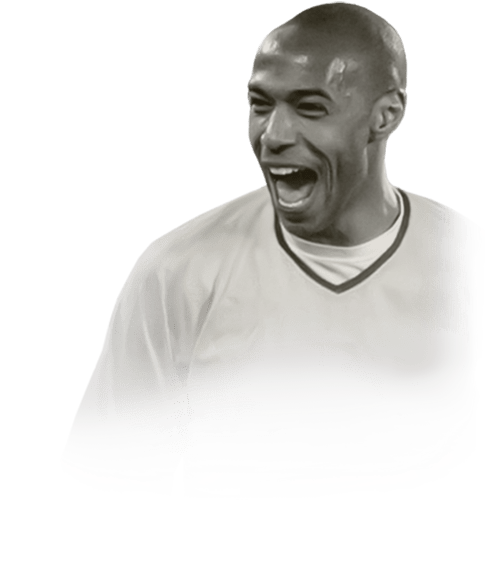 -
Sub out
Upcoming Matches
P. Chemistry
Squad chemistry
ST
94
RW
93
LW
93
CF
94
RF
94
LF
94
CAM
92
CM
86
RM
91
LM
91
CDM
72
CB
66
LB
72
LWB
75
RB
72
RWB
75
Reset
Basic
Sniper
Finisher
Deadeye
Marksman
Hawk
Artist
Architect
Powerhouse
Maestro
Engine
Sentinel
Guardian
Gladiator
Backbone
Anchor
Hunter
Catalyst
Shadow
Comments
Reviews
0
/600
Click here to verify your account in order to comment Update my avatar Dos and don'ts
Top Rated
New
Controversial
Show comments
Top Reviews
Only logged in users can submit a review
A review must be written in English
At least 200 characters are required.
Compare this player to other similar players you have used(optional).
If you import your club to FUTBIN or send us an image with the player data(fill the form below) your review will be marked as verified.
Include what you liked about the player in the pros area and what you disliked about the player in the cons area.
Your review will be manually checked during the next 24 hours.
Chem Style Used
Formations
Position
Rate Player Base Stats (1-10)
Pace
5
Shooting
5
Passing
5
Dribbling
5
Defending
5
Physicality
5
Most Used In:
Submit Review

So I had some leftover fodder from the 85+ x20 from which I also packed Zaha(review is up), and decided to do a Moments upgrade. I have to say after trying him I am glad I did. Yes he is clunky, no doubt. Yes he cant do elasticos or mcgeady spins, but you give him the ball and its in the back of the net. Not to mention, his movement, out of this world. Not only runs in behind but he helps with the build up play as well. Slap an engine on him, play him ST with a Stay Central instruction and you are good to go. What I will say disappointed me a little are his finesse shots, they are good but not what I expected, I would still rather shoot finesse shots with someone like Pele or Mkhitaryan. Dribbling is bad but not restrictive, you can work with it fairly easily. Also the bodytype, he is really jammy, had the same experience when I was using CR7, opponents cant seem to be able to get the ball off him, he just gets it back every single time. If only he had 5* wf or skills we would be talking about an Eusebio/Puskas level card. But for 1.6 mil he is very very good.

Well you’re thinking of doing the iconic Titi Henry, one of the best if not the best striker to have played in the Premier League. When I first use him, it was in a 4-2-2-2 formation as a LST, I felt a huge sense of regret for the first two days, I kept telling myself I should have just done Vieira but my love for Titi was too big at the time so I did him regardless but then I tried him in a different formation 4-3-2-1, I swear the difference is huge. In 4-2-2-2, stay central, run in behind, I don’t know why but his build play and runs doesn’t seem to match my regular playstyle, I’m a consistent 16/14 wins WL and former consistent Elite 2 player so I definitely know when I’m playing terribly. In a 4-3-2-1, same instructions, he makes the perfect run ins behind 90% of the game, you might be thinking, “ahhh his height is going to make him feel so sluggish”, I thought the same especially when using the 4-2-2-2 but It turned out to actually be one of his advantage, I keep pumping long balls to him and sometimes I felt like the ball is too low to the point where the opponent’s cb can easily intercept or head away but with his tall stature he will have that amazing ‘Zidane-esque’ touch to bring the ball forward into a 1v1. I play on PS5 so I don’t know if there’s any difference between the new & old but I definitely recommend him if you’re playing in one striker formation.

Well..i always had the wish to play Henry Moments, the time came around 2-3 months ago. Packed him in 92+ Moments SBC. What a guy.

I like to compare him to .. lets say a Mix of Haaland and CR7. His shot is deadly, his pace is very strong if you put the ball in a good space. He does not feel clunky - even it is the case, its mostly because those wonderful EA Server suck, badly. Put Engine on him and you will have fun. 207 games, 165 goals, 103 assists, Elite ranks. Obviously you may need to change your style of play a bit, but its minimal. And maybe good for you to have more options to break your opponents defence.

Not really something i would say is a con.